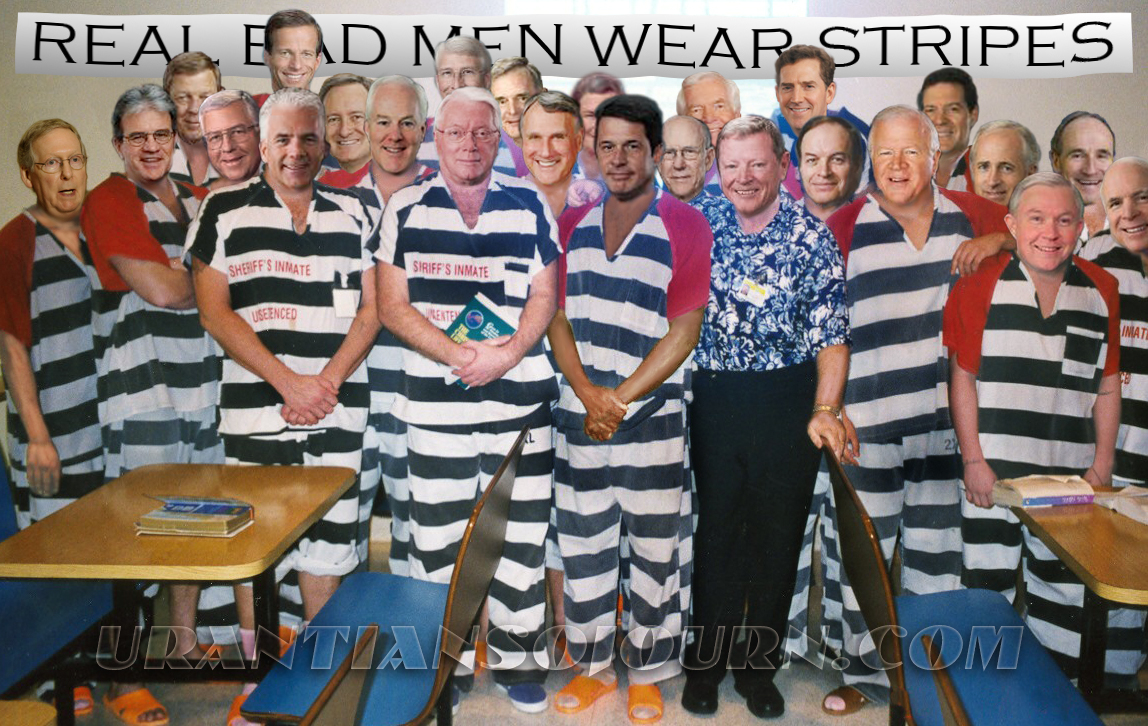 Does it get any more disgusting than thirty retarded white hypocrites voting against a measure that would prevent crimes like employee-on-employee gang rape from being ignored by military contractors?  Family Values Conservatives like to think of themselves as having a sense of humor.  Can you just imagine these privileged sacks of shit laughing about going to jail for defending the obscene practices of government contractors?  But is it funny when men elected to represent our moral values side with corporations against heinous crimes committed on their own employees?

Pro-family Assholes at the Heritage Foundation tried to put a happy face on the actions of these disgusting snakes that masquerade as Republican Senators, by saying Franken was just making it easier for trial lawyers to get their “cut” defending victims; and that his amendment comes at the expense of “job creation.”  That’s right: “The money lawyers take undercuts healthy businesses and discourages new entrepreneurs from starting their own small businesses.” Forget for the moment that “the money” judges award plaintiffs in courts reflects justice being done;  rather, try to imagine a “healthy business” like Haliburton becoming discouraged by having to pay for the crimes of their employees.

The Franken Amendment passed, 68-30. Ten Republican votes were cast for the amendment, including two Republican women, Olympia Snowe and Susan Collins. Don’t you wonder what they think of these thirty sorry excuses for human beings?  Don’t you wonder if they have female children of their own?  Remember, when Ms. Jamie Leigh Jones finally had a chance to tell someone about what had happened to her, she called her father.

[youtube]http://www.youtube.com/watch?v=r6YZ1wP1978&feature=player_embedded[/youtube]
Seantor David Vitter’s “compassion” for this victim of rape lasted nearly 30 seconds, when he started talking over her; it was 64 seconds before he scapegoated President Obama; and a full minute and 12 seconds before he tucked his prehensile appendage between his legs and slithered toward the door.

Hopefully, this is the first of many confrontations between the thirty fetid Republican Senators and morally indignant and outraged citizens who demand they answer for their public political depravity. Thirty men who chose to publicly flaunt the outrageous conduct of corporations by joining them in trying to sweep rape and other forms of sexual assault against their own employees under the rug with the shallowest of intellectual sophistry.  May they continue to rot in their own disgusting debauchery.

Sam Stein transcribed some of the dialogue here.