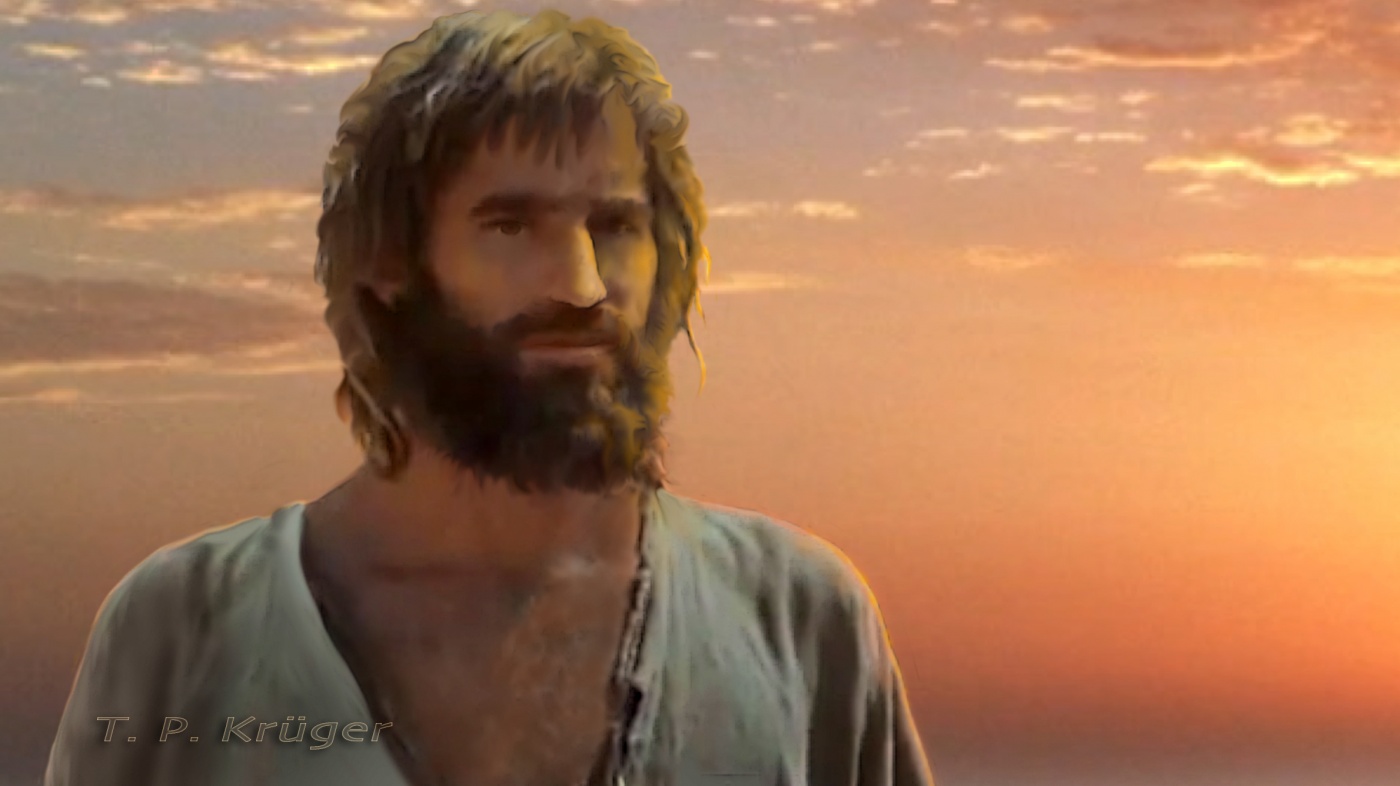 Jesus the Son of God was a man among men, and the men closest to him were twelve diverse, unique personalities of that day.  The Bible and apocrypha do contain some historical insights concerning these men, notably the doubting nature of Thomas, the inexplicable cowardice of Peter denying his Master;  the betrayal of Judas.  But until the appearance of The Urantia Book in 1955, nothing was known about their personal natures, not excepting even the actual names of the twelve apostles.

There are far too many extraordinary things revealed in The Urantia Book to rank them on any scale of importance. But in the small apocrypha surrounding the Fifth Epochal Revelation, it has been said that Dr. William Sadler, perhaps one of the chief human instruments for the appearance of the book in the English language, remained a skeptic of the Papers until he encountered the profiles of the twelve apostles in Part IV.  As a psychiatrist, he had a well developed sense of personality types and traits;  he correctly, I think,  perceived these accounts were genuine recitations of real personalities;  not fiction.

This is the first of those twelve accounts of the apostles. The Apostle Andrew was the first to come forward and pledge his life and energy to follow Jesus.  This is The Urantia Book’s narration regarding the personality of the  apostle Andrew.

EARLY on Saturday morning, February 23, A.D. 26, Jesus came down from the hills to rejoin John’s [the Baptist] company encamped at Pella.  All that day Jesus mingled with the multitude. He ministered to a lad who had injured himself in a fall, and journeyed to the near-by village of Pella to deliver the boy safely into the hands of his parents.

During this Sabbath two of John’s leading disciples spent much time with Jesus. Of all John’s followers one named Andrew was the most profoundly impressed with Jesus; he accompanied him on the trip to Pella with the injured boy. On the way back to John’s rendezvous he asked Jesus many questions, and just before reaching their destination, the two paused for a short talk, during which Andrew said: “I have observed you ever since you came to Capernaum, and I believe you are the new Teacher, and though I do not understand all your teaching, I have fully made up my mind to follow you; I would sit at your feet and learn the whole truth about the new kingdom.” And Jesus, with hearty assurance, welcomed Andrew as the first of his apostles, that group of twelve who were to labor with him in the work of establishing the new kingdom of God in the hearts of men.

ANDREW, THE FIRST CHOSEN
Andrew, chairman of the apostolic corps of the kingdom, was born in Capernaum.  He was the oldest child in a family of five—himself, his brother Simon, and three sisters. His father, now dead, had been a partner of Zebedee in the fish-drying business at Bethsaida, the fishing harbor of Capernaum.  When he became an apostle, Andrew was unmarried but made his home with his married brother, Simon Peter.  Both were fishermen and partners of James and John the sons of Zebedee.

In A.D. 26, the year he was chosen as an apostle, Andrew was 33, a full year older than Jesus and the oldest of the apostles. He sprang from an excellent line of ancestors and was the ablest man of the twelve. Excepting oratory, he was the peer of his associates in almost every imaginable ability.  Jesus never gave Andrew a nickname, a fraternal designation.  But even as the apostles soon began to call Jesus Master, so they also designated Andrew by a term the equivalent of Chief.

Andrew was a good organizer, but a better administrator.  He was one of the inner circle of four apostles, but his appointment by Jesus as the head of the apostolic group made it necessary for him to remain on duty with his brethren while the other three enjoyed very close communion with the Master.  To the very end Andrew remained dean of the apostolic corps.

Although Andrew was never an effective preacher, he was an efficient personal worker, being the pioneer missionary of the kingdom in that, as the first chosen apostle, he immediately brought to Jesus his brother, Simon, who subsequently became one of the greatest preachers of the kingdom.  Andrew was the chief supporter of Jesus’ policy of utilizing the program of personal work as a means of training the twelve as messengers of the kingdom.

Whether Jesus privately taught the apostles or preached to the multitude, Andrew was usually conversant with what was going on; he was an understanding executive and an efficient administrator. He rendered a prompt decision on every matter brought to his notice unless he deemed the problem one beyond the domain of his authority, in which event he would take it straight to Jesus.

Andrew and Peter were very unlike in character and temperament, but it must be recorded everlastingly to their credit that they got along together splendidly.  Andrew was never jealous of Peter’s oratorical ability. Not often will an older man of Andrew’s type be observed exerting such a profound influence over a younger and talented brother. Andrew and Peter never seemed to be in the least jealous of each other’s abilities or achievements. Late on the evening of the day of Pentecost, when, largely through the energetic and inspiring preaching of Peter, two thousand souls were added to the kingdom, Andrew said to his brother: “I could not do that, but I am glad I have a brother who could.” To which Peter replied: “And but for your bringing me to the Master and by your steadfastness keeping me with him, I should not have been here to do this.”  Andrew and Peter were the exceptions to the rule, proving that even brothers can live together peaceably and work together effectively.
After Pentecost Peter was famous, but it never irritated the older Andrew to spend the rest of his life being introduced as “Simon Peter’s brother.”

Of all the apostles, Andrew was the best judge of men. He knew that trouble was brewing in the heart of Judas Iscariot even when none of the others suspected that anything was wrong with their treasurer; but he told none of them his fears.  Andrew’s great service to the kingdom was in advising Peter, James, and John concerning the choice of the first missionaries who were sent out to proclaim the gospel, and also in counseling these early leaders about the organization of the administrative affairs of the kingdom.  Andrew had a great gift for discovering the hidden resources and latent talents of young people.

Very soon after Jesus’ ascension on high, Andrew began the writing of a personal record of many of the sayings and doings of his departed Master. After Andrew’s death other copies of this private record were made and circulated freely among the early teachers of the Christian church. These informal notes of Andrew’s were subsequently edited, amended, altered, and added to until they made up a fairly consecutive narrative of the Master’s life on earth. The last of these few altered and amended copies was destroyed by fire at Alexandria about one hundred years after the original was written by the first chosen of the twelve apostles.

Andrew was a man of clear insight, logical thought, and firm decision, whose great strength of character consisted in his superb stability. His temperamental handicap was his lack of enthusiasm; he many times failed to encourage his associates by judicious commendation. And this reticence to praise the worthy accomplishments of his friends grew out of his abhorrence of flattery and insincerity. Andrew was one of those all-round, even-tempered, self-made, and successful men of modest affairs.

Every one of the apostles loved Jesus, but it remains true that each of the twelve was drawn toward him because of some certain trait of personality which made a special appeal to the individual apostle. Andrew admired Jesus because of his consistent sincerity, his unaffected dignity. When men once knew Jesus, they were possessed with the urge to share him with their friends; they really wanted all the world to know him.

When the later persecutions finally scattered the apostles from Jerusalem, Andrew journeyed through Armenia, Asia Minor, and Macedonia and, after bringing many thousands into the kingdom, was finally apprehended and crucified in Patrae in Achaia. It was two full days before this robust man expired on the cross, and throughout these tragic hours he continued effectively to proclaim the glad tidings of the salvation of the kingdom of heaven.