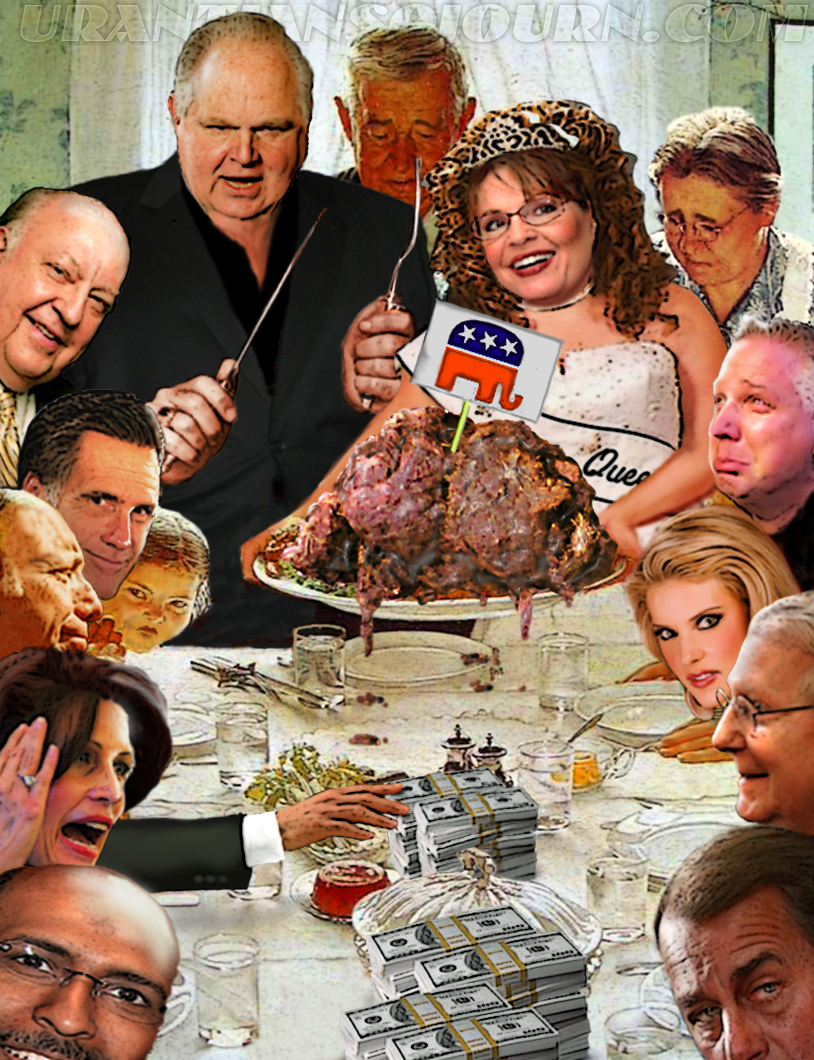 One of the voices in the head of Glenn Beck:
Yes. Yes. America. We got ours. Oh yeah, we got the bucks; the houses;  the cars;  the yachts;  the planes; all the stuff;  we GOT ours.  But I’m not talking about the stuff, now.  No.No.No.  I’m talking about ideas.  The ideas. We got ours;  we got the ideology.  It’s Pure.  Ideologically pure.  It’s Conservative.  It’s Obstreperous.  It’s Precious;  it’s America. Will you get yours?  I don’t know;  I don’t know;  I don’t know.

But consider this.  The great ideological struggle between liberals and conservatives, Christians and heathens, rich and poor, is giving thanks today.  A day for humans of whatever stripe to come together and indulge in varying degrees of wretched excess under the guise of thanksgiving to whatever institutionalized deity strikes their fancy, or none at all.  So celebrate, if you can. Give thanks, if you know how;  and if you are a believer in the Divine, be assured that the Father will not be unmindful of your needs.

Seek first the kingdom of God;  and when you have found entrance thereto,
all things needful shall be added to you.  Be not, then, unduly anxious for tomorrow.
Sufficient for the day is the trouble thereof.

—Jesus, speaking in The Urantia Book