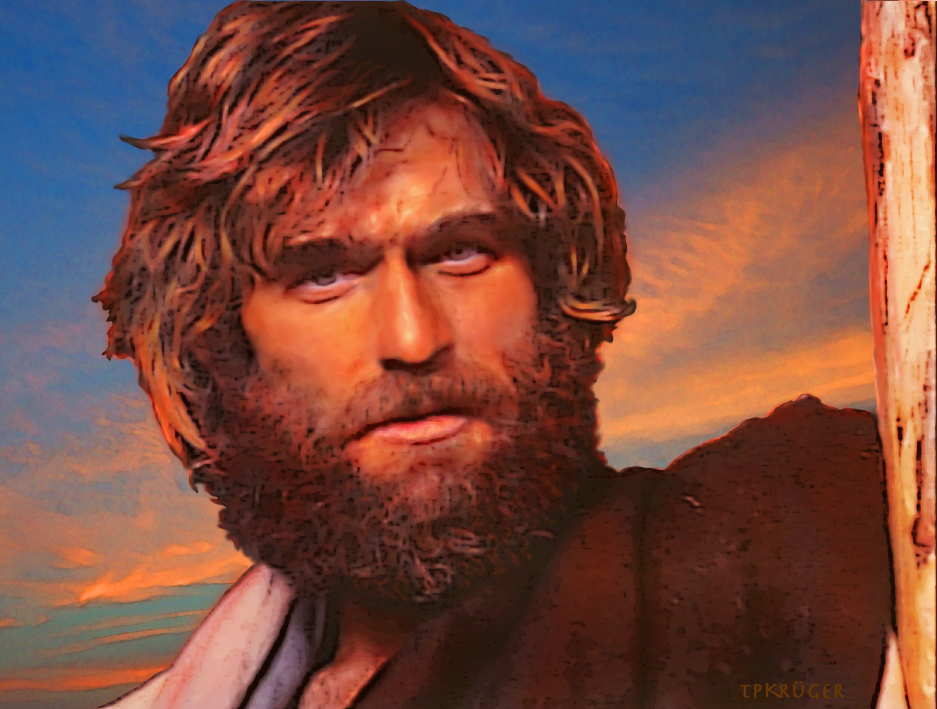 Perhaps no other single family contributed more to the work of the mission of Jesus than that of Zebedee. The Zebedee brothers, James and John followed two other brothers, Andrew and Peter, into the apostolic core,  and David Zebedee was indispensable as the organizer and manager of a messenger service for the Master’s work.  Here then is The Urantia Book’s account of the third apostle, James Zebedee.

JAMES, the older of the two apostle sons of Zebedee, whom Jesus nicknamed “sons of thunder,” was thirty years old when he became an apostle.  He was married, had four children, and lived near his parents in the outskirts of Capernaum, Bethsaida.  He was a fisherman, plying his calling in company with his younger brother John and in association with Andrew and Simon.  James and his brother John enjoyed the advantage of having known Jesus longer than any of the other apostles.

This able apostle was a temperamental contradiction; he seemed really to possess two natures, both of which were actuated by strong feelings.  He was particularly vehement when his indignation was once fully aroused.  He had a fiery temper when once it was adequately provoked, and when the storm was over, he was always wont to justify and excuse his anger under the pretense that it was wholly a manifestation of righteous indignation.  Except for these periodic upheavals of wrath, James’s personality was much like that of Andrew.  He did not have Andrew’s discretion or insight into human nature, but he was a much better public speaker.  Next to Peter, unless it was Matthew, James was the best public orator among the twelve.

Though James was in no sense moody, he could be quiet and taciturn one day and a very good talker and storyteller the next.  He usually talked freely with Jesus, but among the twelve, for days at a time he was the silent man.  His one great weakness was these spells of unaccountable silence.

The outstanding feature of James’s personality was his ability to see all sides of a proposition. Of all the twelve, he came the nearest to grasping the real import  and significance of Jesus’ teaching. He, too, was slow at first to comprehend the Master’s meaning, but ere they had finished their training, he had acquired a superior concept of Jesus’ message. James was able to understand a wide range of human nature; he got along well with the versatile Andrew, the impetuous Peter, and his self-contained brother John.

Though James and John had their troubles trying to work together, it was inspiring to observe how well they got along. They did not succeed quite so well as Andrew and Peter, but they did much better than would ordinarily be expected  of two brothers, especially such headstrong and determined brothers. But, strange as it may seem, these two sons of Zebedee were much more tolerant of each other than they were of strangers. They had great affection for one another;  they had always been happy playmates It was these “sons of thunder” who wanted to call fire down from heaven to destroy the Samaritans who presumed to show disrespect for their Master. But the untimely death of James greatly modified the vehement temperament of his younger brother John.

That characteristic of Jesus which James most admired was the Master’s sympathetic affection. Jesus’ understanding interest in the small and the great, the rich and the poor, made a great appeal to him.

James Zebedee was a well-balanced thinker and planner. Along with Andrew, he was one of the more level-headed of the apostolic group. He was a vigorous individual but was never in a hurry. He was an excellent balance wheel for Peter.

He was modest and undramatic, a daily server, an unpretentious worker, seeking no special reward when he once grasped something of the real meaning of the kingdom. And even in the story about the mother of James and John, who asked that her sons be granted places on the right hand and the left hand of Jesus, it should be remembered that it was the mother who made this request. And when they signified that they were ready to assume such responsibilities, it should be recognized that they were cognizant of the dangers accompanying the Master’s supposed revolt against the Roman power, and that they were also willing to pay the price. When Jesus asked if they were ready to drink the cup, they replied that they were. And as concerns James, it was literally true–he did drink the cup with the Master, seeing that he was the first of the apostles to experience martyrdom, being early put to death with the sword by Herod Agrippa. James was thus the first of the twelve to sacrifice his life upon the new battle line of the kingdom. Herod Agrippa feared James above all the other apostles. He was indeed  often quiet and silent, but he was brave and determined when his convictions were aroused and challenged.

James lived his life to the full, and when the end came, he bore himself with such grace and fortitude that even his accuser and informer, who attended his trial and execution, was so touched that he rushed away from the scene of James’s death to join himself to the disciples of Jesus.