“Stephen Colbert Bump”?
Spotted near the Antelope Freeway this morning…
If you wanna read the scribbles, you must click it

If you see any political billboards, snap a picture and send it in;
and don’t worry about it being politically correct;
as long as it’s “satire,” it’s o-f*cking kay.

The First Pic has arrived! 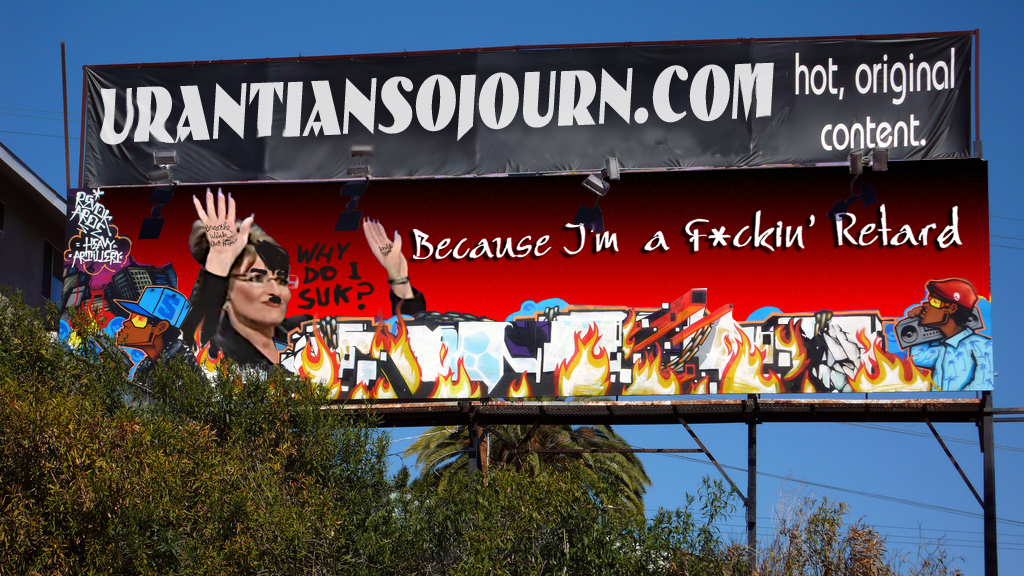 Awesome!  The billboard under one of our banner ads has the F*ckin’ Retard ad, and it’s already been totally worked by the locals!
This board is next to the 405 north-bound at Hacienda Avenue;  thanks to BottaBingBoy in Fountain Valley!
Click for full retard

Board Three Found in Oakland 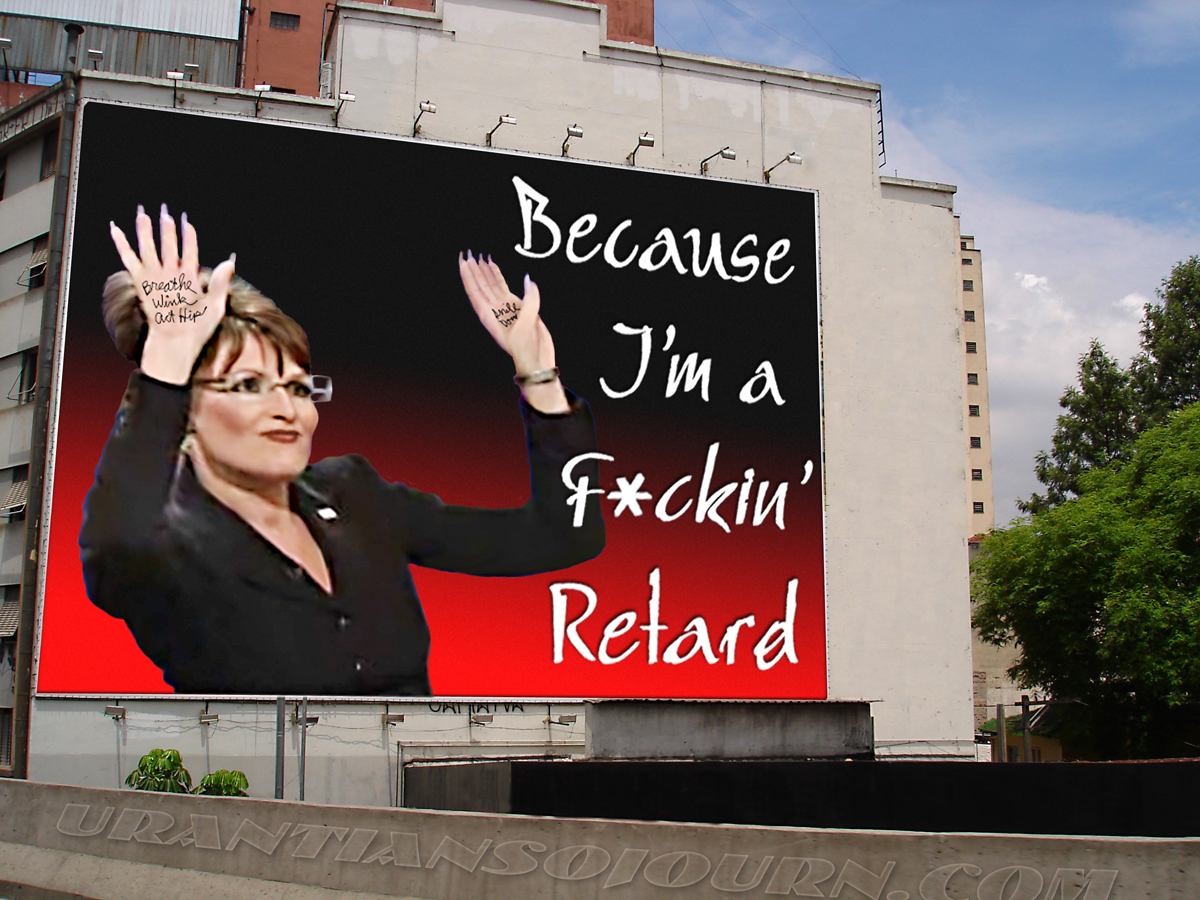 “StreetWeevil” found this massive board near Harrison St. @ 4th St.,
and says it’s a miracle it hasn’t been tagged yet. 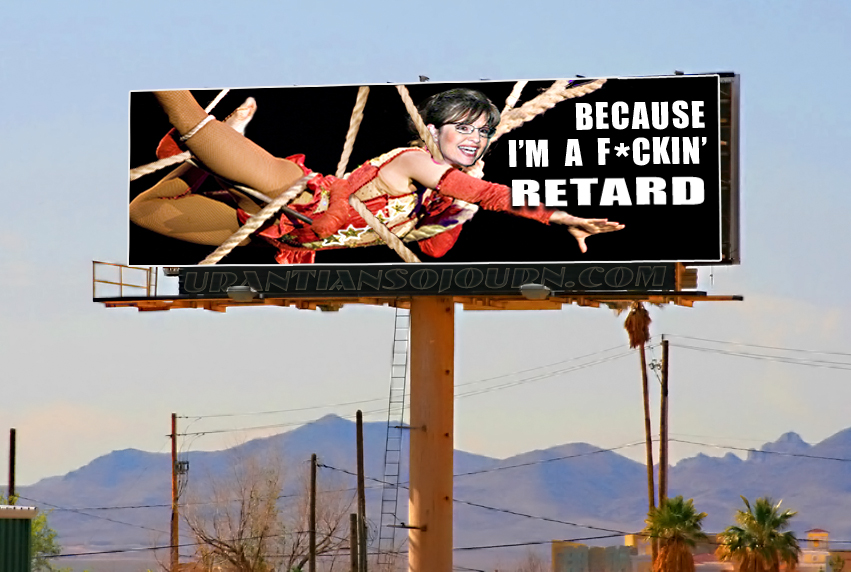 Another design found overlooking the 5 near the Solana Mar Starbucks
Thanks to “Goucho Marx” of Long Beach!

Board Five— This May Be Trending 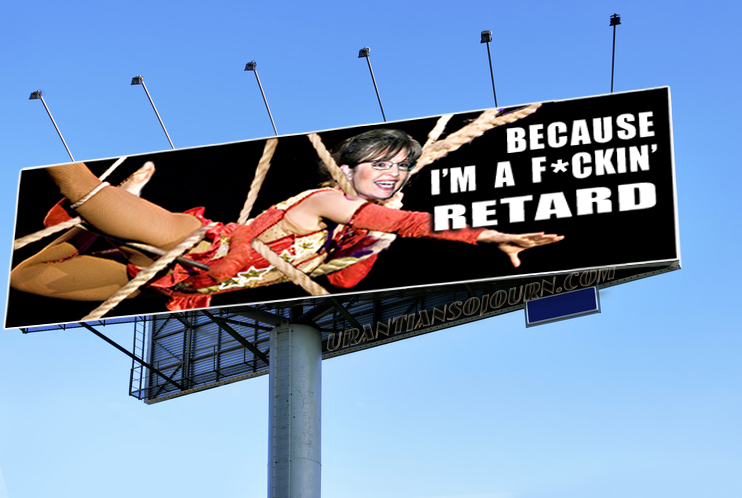 Board Six— Headed for Full Retard 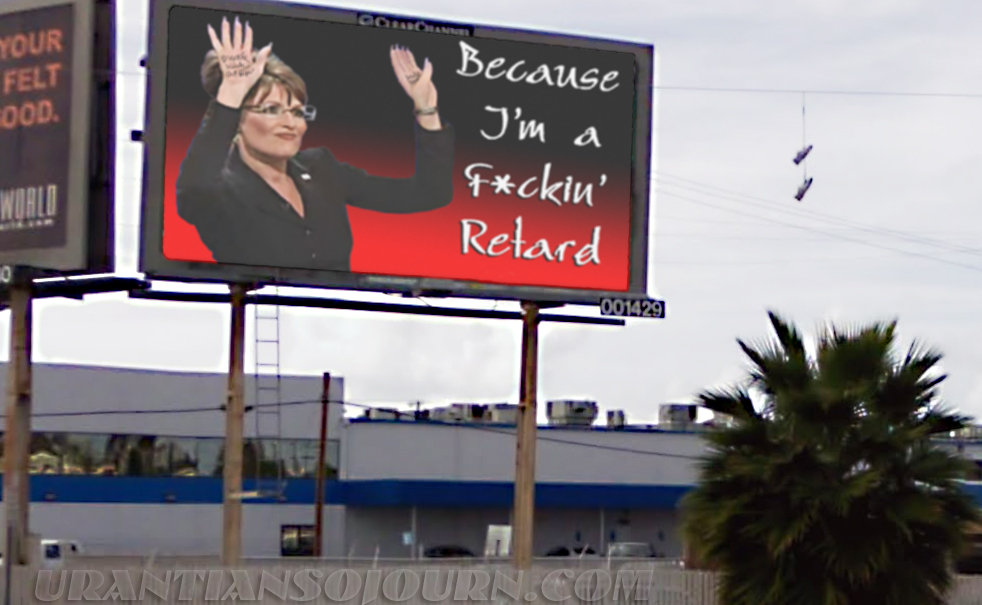 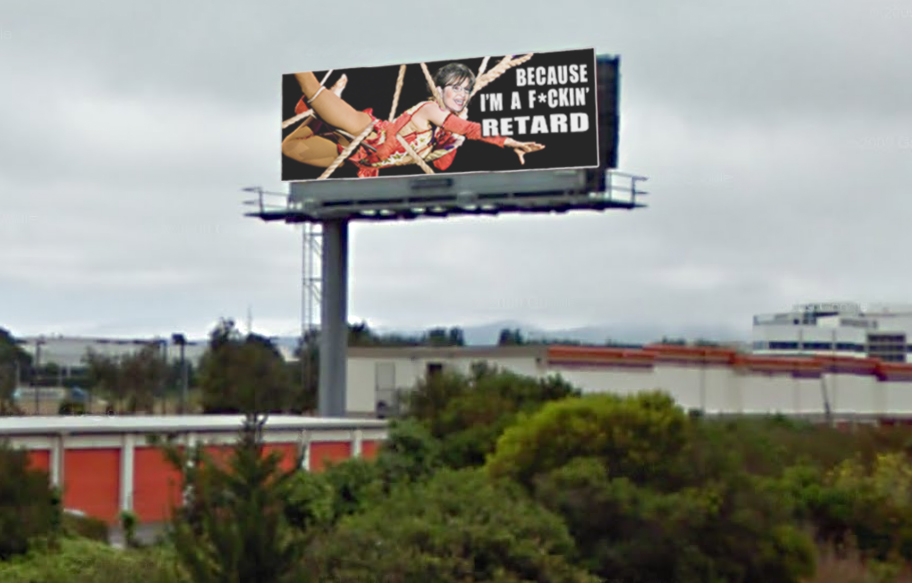 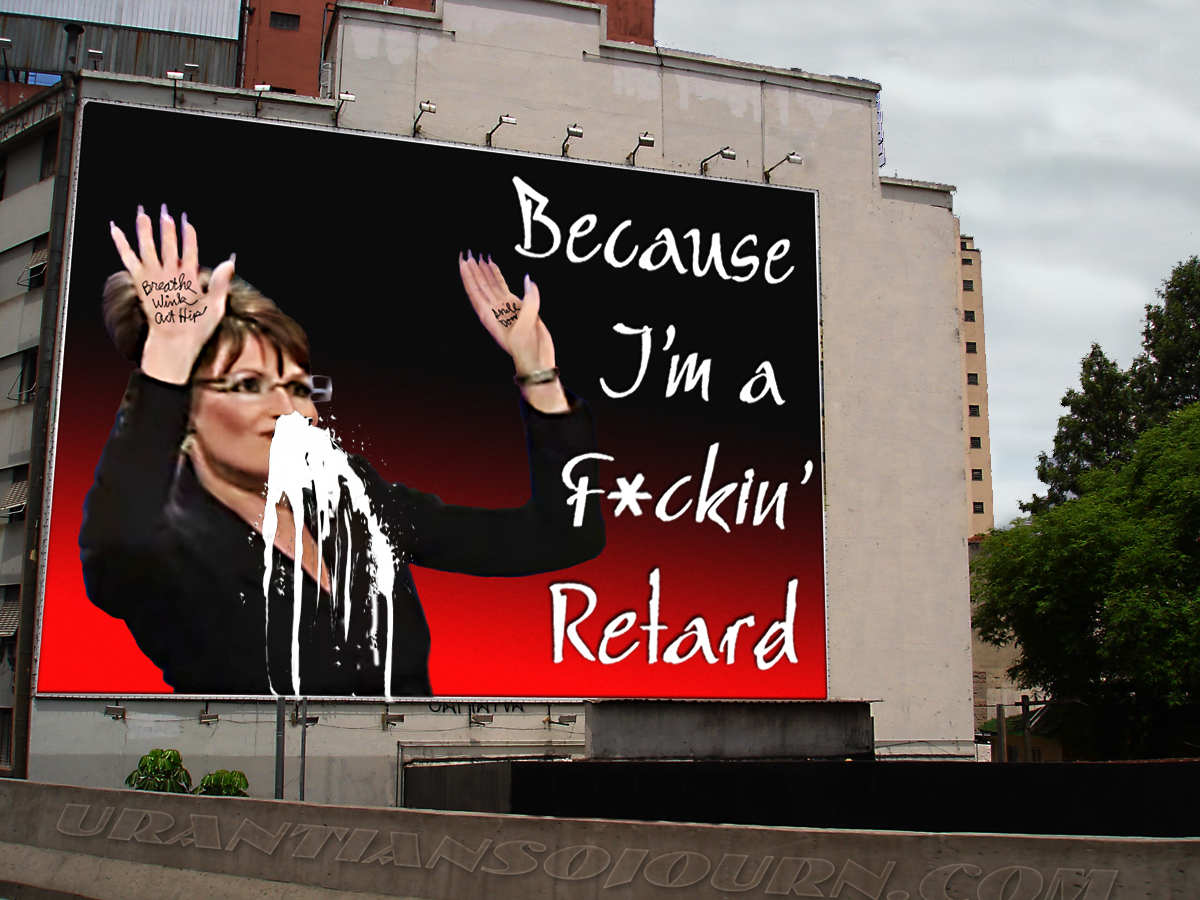 Our new friend “StreetWeevil” sent us an update pic of the board near Harrison St. @ 4th St., and says he is not a suspect or even a person of interest in this heinous but incredibly artistic vandalism of the F*ckin’ Retard billboard. 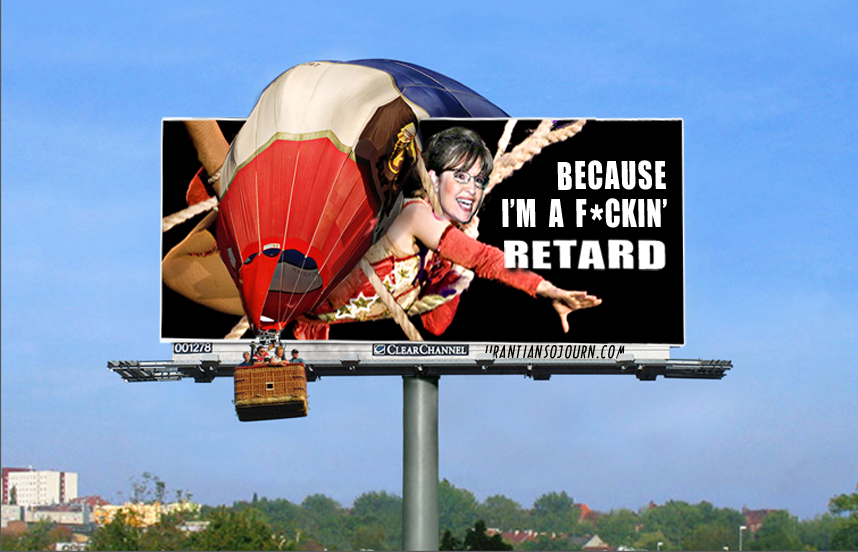 Our good friend nonnie9999 sent this tea-bag ‘o hot air from Fort Lauderdale, and the irony is just back-breaking!