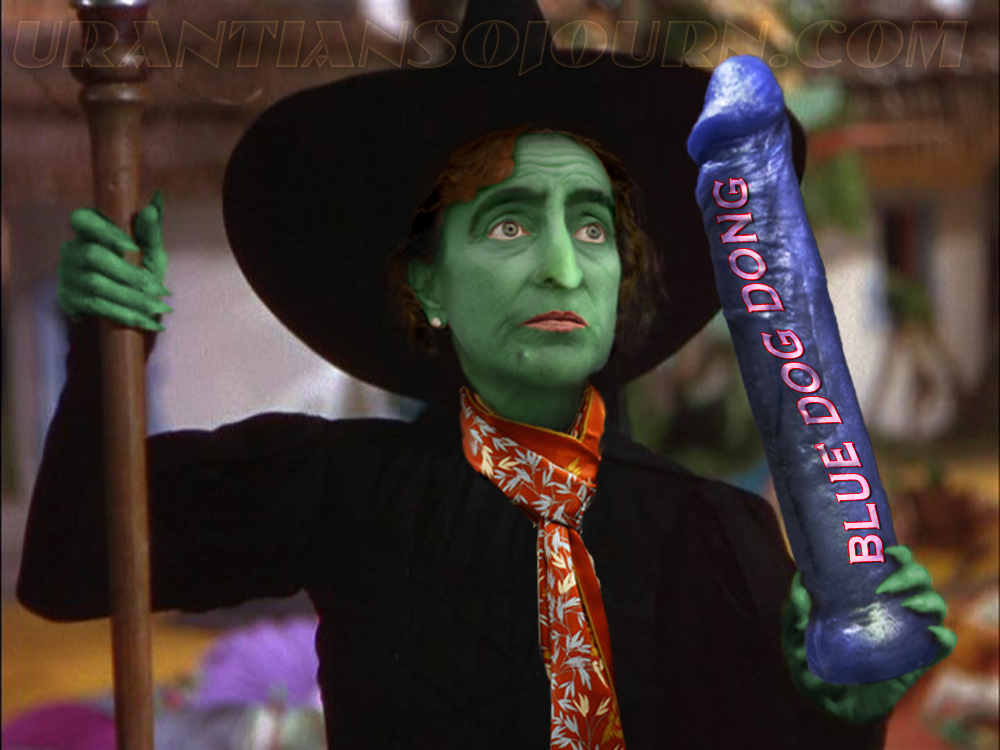 FAYETTEVILLE — In America, corporations are people, too.  That’s why Arkansas Blew DawgSenator Blanche Meyers Lambert Lincoln has no problem putting their interests ahead of the people of Arkansas, who are pissed off at her on both sides of the political divide.

“Ah focus on what’s gooid for Arkinsaw,” Lincoln said, “and that’s this bad boey right here,” as she shakes an twenty-two inch “Blue Dog Dong,” the symbol of her powerful corporate Overlords.

“Notice haow flixible this big blue meanie is,” she says, wagging the dong in a threatening arch.  “That means it can screww the shit outa all them ixtremists on the roight as well as the lift. And that’s jiss what the Overlords want me ta doo.”

When a blue dog blanches, they turn a sickly shade of green.  And when you managed to alienate both political parties, your corporate daddy will still be in your corner, helping you make sure you have the very powerful tools you’ll need to convince the dumbest chumps on both sides to continue voting against their best interests, and for the interests of their nemesis.

…And neither will Blanche.