In 1991 Bruce Cockburn covered  Blind Willie Johnson’s “Soul of a Man” on his album, Nothing But A Burning Light,  a line from the same song.
This is an excellent mix, headphones are worth the effort.

The Soul Of A Man

I saw a crowd stand talkin,
I just came up in time,
Was Teachers and lawyers, and the doctors,
That a man ain’t nothin but his mind
Wont somebody tell me,
Answer if you can,
I want somebody to tell me,
Tell me what is the soul of a man.

I read the Bible often,
I try to read it right,
As far as I can understand,
It is nothing but a burning light
Well Wont somebody tell me,
Answer if you can,
I want somebody to tell me,
Tell me what is the soul of a man.

When Christ taught in the temple
The people all stood amazed
Wz Teachers and lawyers, and the doctors,
How to raise a man from the grave
Well Wont somebody tell me,
Answer if you can,
I want somebody to tell me,
Tell me what is the soul of a man. 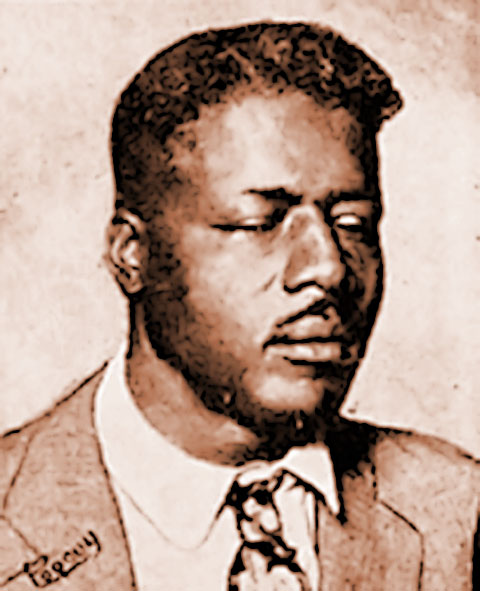 Willie Johnson built his first guitar out of a cigar box when he was five years old;  right after he announced to his father and mother he was going to be a preacher.  When he was seven, his father caught his stepmother with another man, and beat her;  before this episode was done, she threw some lye water that wound up in the face of young Willie, and the windows to Willie’s soul went dark.

“Blind” Willie grew up preaching and singing on the streets of Beaumont, Texas.  He didn’t go unnoticed, and eventually made some thirty recordings of his powerful bluesy spirituals, and they remain some of America’s most vibrant examples of street music today.  By the time he was 47, Blind Willie ran the House of Prayer at 1440 Forrest Street in Beaumont.  Despite some success recording his music, Johnson remained poor throughout his life, and when in 1945 his home burned to the ground, with no place else to go, he lived in the burned ruins.  In a few month’s time he contracted malaria;  his wife tried to take him to a hospital, but he was refused because he was black; other sources report that his refusal was due to his “blindness.”  Mm hm.

Blind Willie Johnson’s plaintive question— What is the soul of a man?— still reverberates today, precisely because men still seek the answer.  And fortunately, we live in a time when you can learn more about the soul than you can probably understand.  Man has long believed there’s something growing within the human nature that is destined to endure beyond this material life. The yin and the yang, the spirit and the soul, date from Chinese antiquity, and the ka and the ba of the Egyptians also refer to the spirit and the soul.

The evolving soul is difficult to describe and even more difficult to demonstrate, because it is not discoverable by either material investigation or spiritual proving.  Science can’t demonstrate the existence of a soul, and neither can pure “spirit-testing.”  The soul is not material, but it is not spiritual, either;  it exists in between the two worlds;  it is, in practical effect, our personal bridge under construction to the world of spirit.

During this life, your personality’s power of decision-choice resides in the material circuits of the mind.  But the lawyers, teachers, and doctors are wrong when they say that’s all you are.  As spiritual growth happens, this “self” becomes increasingly identified with the emerging soul.  Thus eventually, every morally conscious person knows of the existence of his soul as a real and actual personal experience;  quite simply, it’s always the most real part of you that you can know.

But it is only through religious faith that the soul of man reveals itself.  And it is only undaunted faith in the soul’s survival that provides a person the spiritual strength to rise above the deceptive teachings of false science and the persuasive delusions of unsound philosophy.  This soul strength also manifests itself in dealing with the crushing overload of the increasing complexity of modern life.

Once a soul is set in motion— initiated by the Indwelling Spirit— the only thing that can stop it is your conscious choice to reject your own survival.  And you retain this power of choice even after your survival of this life in the flesh;  right up to the moment when your soul and the Spirit become one for eternity.

The Urantia Book contains an unprecedented exposition of the soul, just one thing among hundreds that are indispensable to making sense out of this short intense life on a material world of time and space. You’re wasting time until you read it.

This is Blind Willie Johnson’s original recording of The Soul Of A Man;
no guess at all on the video.