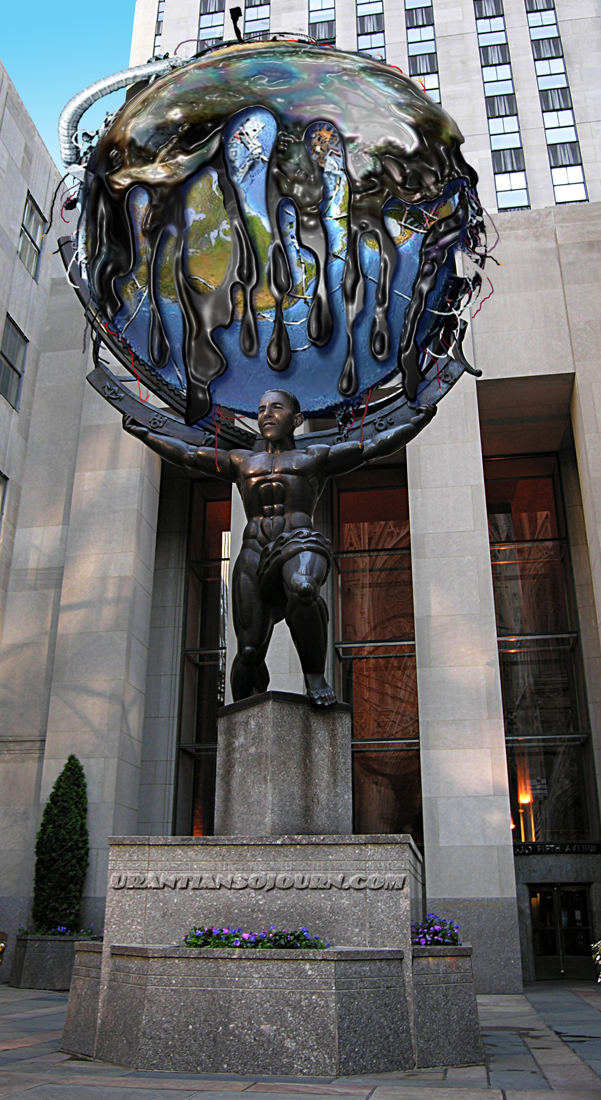 With oil gushing from a hole it tore in the ocean floor, British Petroleum failed in its attempt to stem the flow with a giant metal box that looks like something from a Wiley Coyote cartoon.  (ACME Containment System! Works great on roadrunners and oil leaks!)  Hundreds of thousands of barrels of crude continue to slick their way daily towards the Gulf Coast, promising to unleash an environmental Armageddon on forty percent of the nation’s vital wetlands and the spawning grounds of an entire food chain of sea creatures ranging from plankton, to fish, to marine mammals.

Unlike the Valdez oil spill in the remote, primeval beauty of Alaska’s Prince William Sound that very few people even knew existed, let alone visited, millions of Americans vacation yearly in the Red Neck Riviera. For them it will be hard to ignore the acrid smell of crude oil mixed with the aroma of rotting birds and fish and dolphin carcasses, or the tar balls that stick to their feet as they take a romantic sunset stroll down their favorite beaches.

And of course they will miss the abundance of fresh oysters, shrimp, and fish from the multi-billion dollar Gulf Coast seafood industry, which just might be out of business for a while— like a generation.  Billions of dollars more will be lost by other elements of the tourism biz, not to mention the shipping industry that will have to clean their hulls every time they make port.

All this makes the existing $75 million cap on economic damages a sick joke, and one of the most brilliant and cost effective industry lobbying coups of all time.  Another fruit of that poisoned lobbying tree was the removal of an Interior Department recommendation for a mandatory back up valve, or acoustic switch, that might have prevented the eruption. Florida Senator Bill Nelson is launching an investigation to determine just who is responsible for that regulatory sleight of hand.  Don’t be surprised to find the fingerprints of Dick Cheney and his secret energy task force all over the relevant documents.

Whether any of this will inspire the Obama Administration to rethink its recent deal with the oil industry devil remains to be seen. In exchange for opening up vast tracts of ocean for new drilling extending from the eastern Gulf Coast, ‘round the Florida horn to Delaware, as well as Alaska’s northern coast, the industry has apparently agreed to call off its congressional attack dogs who regularly obstruct the development of alternative energy sources.

But I’m not optimistic, beginning with the fact Obama broke an early campaign promise to keep the ban on off shore drilling intact.  The Great Compromiser still seems intent on tilting at bipartisan windmills and kowtowing to the corporatist powers that be, rather than sticking his rhetorical finger in their chests the way FDR did when confronting the banksters of his day.

Permit me a slight digression.

If Obama read The Urantia Book, he’d know that this special little jewel of a planet is known as “the sentimental shrine of all Nebadaon,” the authors’ name for our local universe.  Nebadon consists of millions of inhabited worlds and is home to untold billions of non-material creatures as well.  In the very same paragraph, the book  also mentions that we are known throughout the galaxy as The World of the Cross. How’s that for an existential paradox?

The latter title, which is also the tagline of this web site, is derived from the fact that earth— Urantia— was given the singular honor of hosting the once and only mortal incarnation of our Universe Creator Son, Michael of Nebadon, aka Jesus the Christ.

Living the actual life of one of the seven major categories of universe will creatures is a necessary requirement for the attainment of creator sovereignty— understanding their charges from the inside out as well as from the outside in, as it were.  The incarnation of a creator son is usually attended by the greatest of planetary celebrations.  However, it would appear that we are the only world to bid adieu to such an exalted being by subjecting him to what was then the cruelest torture-death technique imaginable, crucifixion.

In traditional Christian theology, Jesus is God the Father’s “only begotten son.”  In The Urantia Book’s theology, however, there are some 700,000 Universe Creator Sons, each an “only-begotten son” because of their unique reflective expression of the Original, Eternal Son of the primordial Paradise Trinity.  And because their job description involves organizing vast expanses of galactic masses into original creations, there are roughly an equal number of inhabitable universes.

In another departure from the Christian paradigm, each creator son has a co-equal creative consort, a Universe Mother Spirit. Creative Sons and Daughters have different dharmas:  While mother spirits are ubiquitous in time, they are limited to a single location in space;  while creator sons are not limited in space, they are limited in time;  i.e., the force of their personal presence is limited to being in one place at a time.  (A creator son’s limitation is mitigated somewhat by the post-incarnational, sovereign bestowal of his personal Spirit of Truth, an animating spiritual presence responsible for the “conversion” of legions of individual Christians.)

With apologies to the advertising gnomes at Smith-Barney, creators earn their sovereignty the old fashion way—they earn it!

Now, I’m not one much for prayer, although the book encourages it.  I prefer the kind of chi powered planetary invocations suggested by the Alice Bailey books, which I read contemporaneously with The Urantia Book.  Explaining the difference between prayer and invocation is beyond the scope of what’s intended here.  Suffice it to say that I am praying that Obama makes the right choice in designing and implementing an energy plan that respects ALL the life forms on this planet.

That would include its invisible super-human inhabitants, whose intimate involvement with Urantia’s “unrevealed planetary destiny”  is presumably affected by the kind of body blows we regularly inflict on our planetary mother.  Boy, it must really be a pain constantly adjusting to human free-will stupidity, not that I think they’re not up to it.  But Issac Asimov’s Harry Seldon would be crapping his pants trying to plot all the karmic consequences of this world’s “future history.”

In sum, I’d say it was high time we powered our planet with the freely given energies of the sun and the earth’s winds and geothermic resources, and not on decomposing dinosaur shit and the plants they consumed.