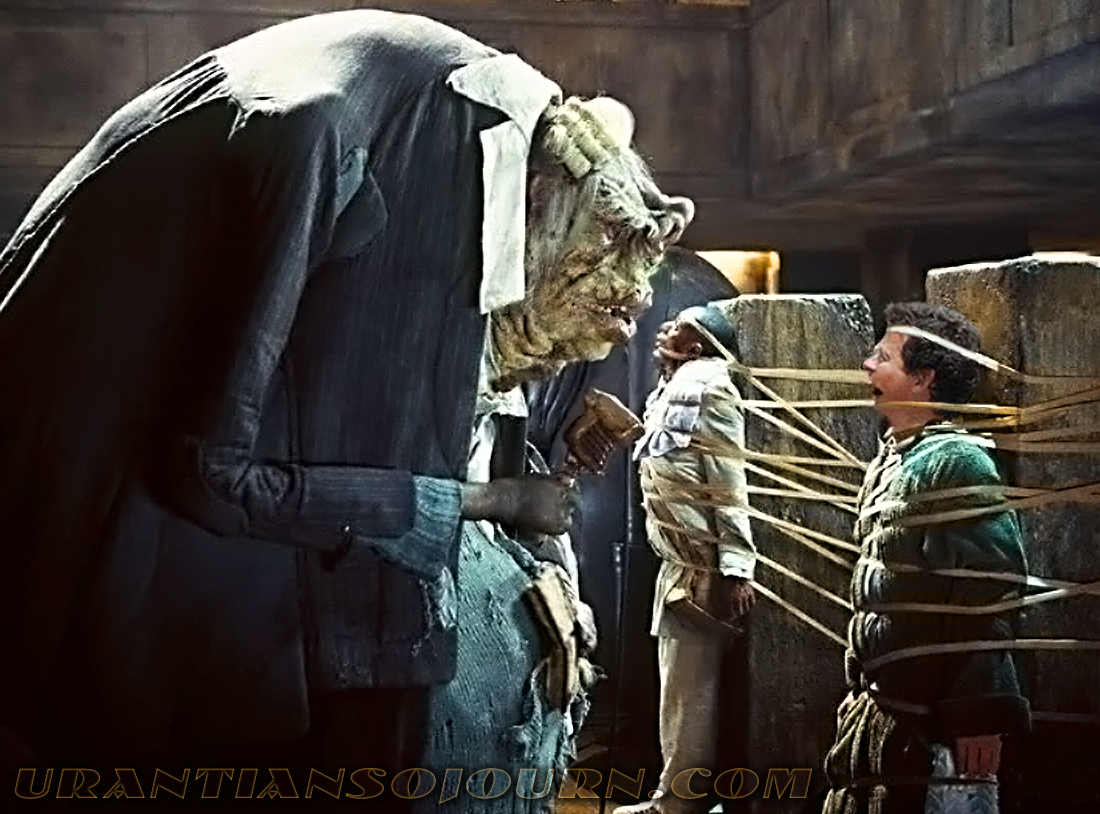 President Barack Obama and BP CEO Tony Hayward at a surprise meeting with Prostetnic Vogon Jeltz of the Galactic Hyperspace Planning Council.
If you want to hear the poem, you must click it.

Although President Obama reiterated his pledge of responsibility for the worst environmental calamity to ever occur on planet Urantia, the Vogons were decidedly more interested in CEO Hayward’s appreciation of Vogon poetry.  Hayward expressed his admiration for Vogon verse, and spontaneously composed a bilious tidbit of it after a moment or two of gentle prodding by Jeltz:

Vogon Jeltz was not impressed, and threatened Hayward with a long walk among the paddle creatures.  President Obama thought that cooler heads should prevail, and suggested Jeltz take a Valium from his inner jacket pocket. But the bad-tempered, bureaucratic, and officious Jeltz said he would rather destroy the entire planet than continue to witness the callous abuse of the planet’s natural resources by self-serving corporatists.

Jeltz dismissed the two after promising to fast-track the earth’s destruction, vowing to start the necessary paperwork right after lunch.  Which, conservatively speaking, meant the earth would be destroyed sometime after the year 2525, if we had not by then already finished the job ourselves.