If you want to smell the fear, you must click it.*

In 2010, a large swath of the American public—  led by ratings-mad media mavens and immoral politicians like Newt Gingrich and Sarah Palin—  had declared all-out war on “the Other” in America in all its alleged forms, from immigrants to Muslims to non-white aides working in the West Wing of the White House, and of course the president himself.

And it is threatening to rip America apart in a way that we have not seen in 145 years.

America is increasingly becoming a non-white-dominated country.  While many Americans take no issue with that, the prospect of an America with an increasingly non-Caucasian face is a deeply disturbing one to millions of people— people for whom a unified and traditional culture is a source of solidarity and comfort, even— according to some sociologists— a bulkhead of immortality:

In the early 1980s, [political psychologists] developed what they clumsily called “terror management theory.” Their idea was not about how to clear the subways in the event of an attack, but about how people cope with the terrifying and potentially paralyzing realization that, as human beings, we are destined to die. Their experiments showed that the mere thought of one’s mortality can trigger a range of emotions–from disdain for other races, religions, and nations, to a preference for charismatic over pragmatic leaders, to a heightened attraction to traditional mores. Initially, the three scholars didn’t attempt to apply their theory to elections. But, after September 11, they conducted experiments designed to do exactly that. What they found sheds new light on the role that fear of death plays in contemporary politics.

High-unemployment and the destruction of the working class in America is increasingly demanding a scapegoat, and the right-wing media and an increasingly erratic GOP establishment is more than happy to direct people’s palpable anger down the economic ladder. The result is something like the most un-American piece of garbage legislation that most of us have seen in our lifetime— Arizona’s racial profiling law SB 1070, whose sponsors admit they were seeking to drive Mexican immigrants out of the Grand Canyon State in droves, which is exactly what is happening.

But the modern-day American Diaspora is only the beginning. Once the Pandora’s box of emotion and rage against “the Other” has been opened so wide, it is almost impossible to close. Now the backers of Arizona’s hideous law want to rip apart the 14th Amendment— the one that ended slavery, once a high point of American history, especially for the extinct brand of Republican that drafted it— in order to prevent children of Mexican immigrants from becoming American citizens. The xenophobia has reached the point where a U.S. congressman took to the House floor— with zero supporting evidence— to charge that terrorists had a scheme to breed future U.S.-citizen bombers in maternity wards here.

Which brings us to the present crisis:  Mosques in America. It should tell you something that the backlash against Muslims practicing their faith in America is far greater in 2010 than it was in the months immediately following the Sept. 11, 2001 attacks. That’s because the political firestorm with its epicenter in lower Manhattan really has nothing to do with 9/11 or its aftermath, and everything to do with “the Other” the awful forces and fears that have been unleashed in the last couple of years — fears that craven politicians like Gingrich, Palin and the formerly rational Tim Pawlenty of Minnesota are eager to surf into the White House in 2013.  If the Manhattan mosque controversy were really about our 9/11 sensibilities, how does one explain the opposition to other Islamic houses of worship from Tennessee to California to Staten Island?

America, we are in for the bumpy political ride of a lifetime. It will take enormous courage for defenders of two centuries of religious freedom and tolerance toward both religious and economic refugees to stand firm in the face of the kind of raw public anger and emotion that have caused backbone-impaired politicians like Senate Majority Leader Harry Reid or supposed progressive stalwart Howard Dean to wither in mere days.  Our determined minority may be barely clinging to our cherished traditions— as best expressed by President George Washington in 1790 when he wrote “the Government of the United States, which gives to bigotry no sanction, to persecution no assistance, requires only that they who live under its protection, should demean themselves as good citizens” — in the face of this onslaught for the next few years.

Let’s face it: This country has long had its Know-Nothings and its Birchers and its McCarthyites, but it never had gizmos like Fox News or Sarah Palin’s Twitter feed to fuel toxic ideas so far so fast. It’s time we admit these seemingly disconnected battles over “anchor babies, mosques, and a black man in the Oval Office are all part of the same war against “the Other,” and that we are in the fight of a lifetime.

Urantia society can never hope to settle down as in past ages. The social ship has steamed out of the sheltered bays of established tradition and has begun its cruise upon the high seas of evolutionary destiny;  and the soul of man, as never before in the world’s history, needs carefully to scrutinize its charts of morality and painstakingly to observe the compass of religious guidance. The paramount mission of religion as a social influence is to stabilize the ideals of mankind during these dangerous times of transition from one phase of civilization  to another,  from one level of culture to another.
—The Urantia Book 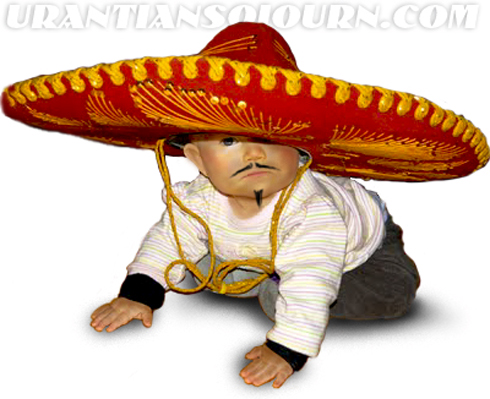 
Spread it, Spread it good: