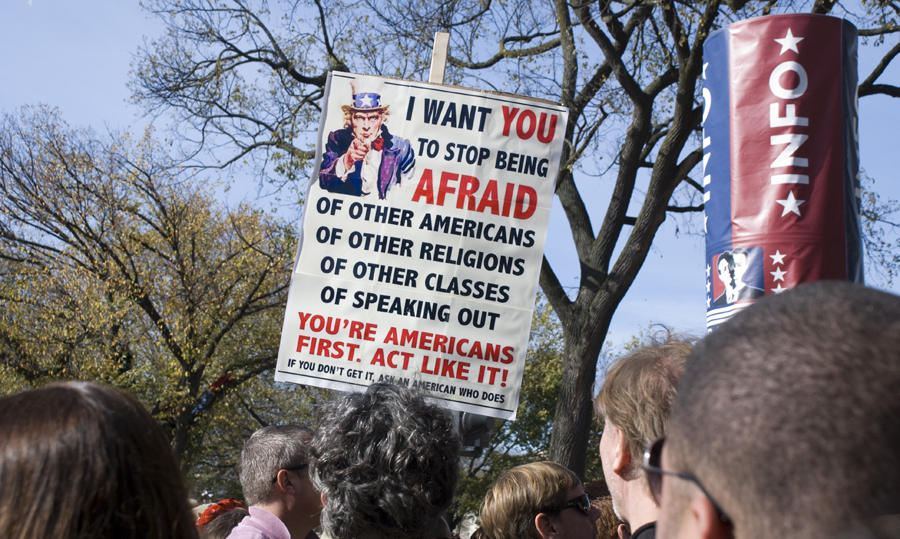 Yeah! I didn’t see a single misspelled word on the hundreds of signs I read today. . . and this one was one of the very best.

WASHINGTON D.C. — October 30, 2010 —  Unexpectedly large numbers of progressive and liberal Americans gathered on the National Mall today to leave their contribution to the nation’s political discourse in hundreds of individual porta-potties.  The lines were dangerously long at times, but everyone treated each other with the kindness and respect all Americans deserve. 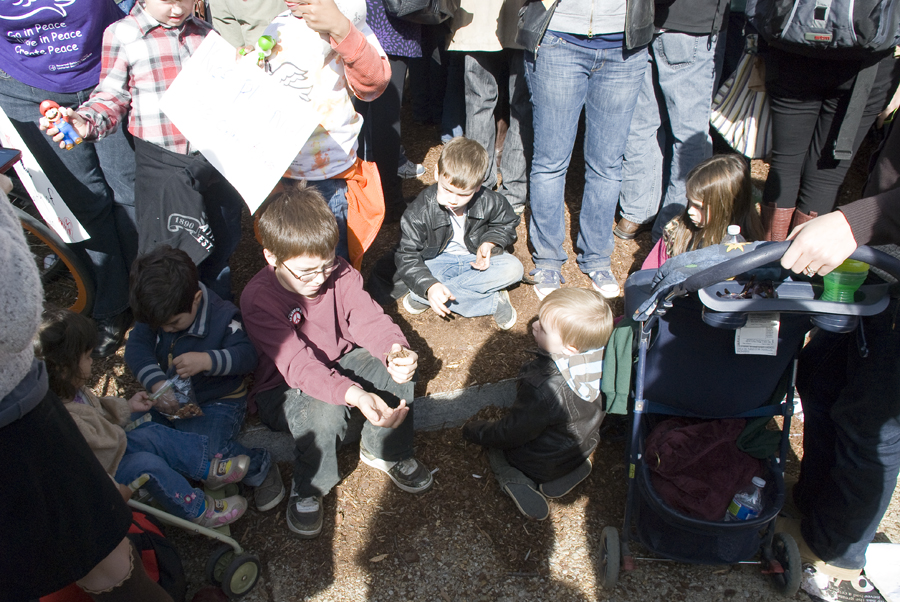 There were occasional little micro-pockets in the throng;  surrounded by members of the current generation, members of the next generation ponder their prospects for peace and prosperity in a sane world, free from fear.

Way back in January, we added a new graphic to our top right column, announcing that we blog for “spiritual sanity.”  Like so many other Americans, we felt the times demanded a higher standard for our national discourse, not just in our politics, but also in our religious dialogue as a nation made up of predominately God-knowing people.

Sanity is good.  Good mental health is a prerequisite to progressive spiritual growth.  If you take anything away from this rally, let it be the determination to increase your personal commitment to grow spiritually;  the world needs you now more than ever. 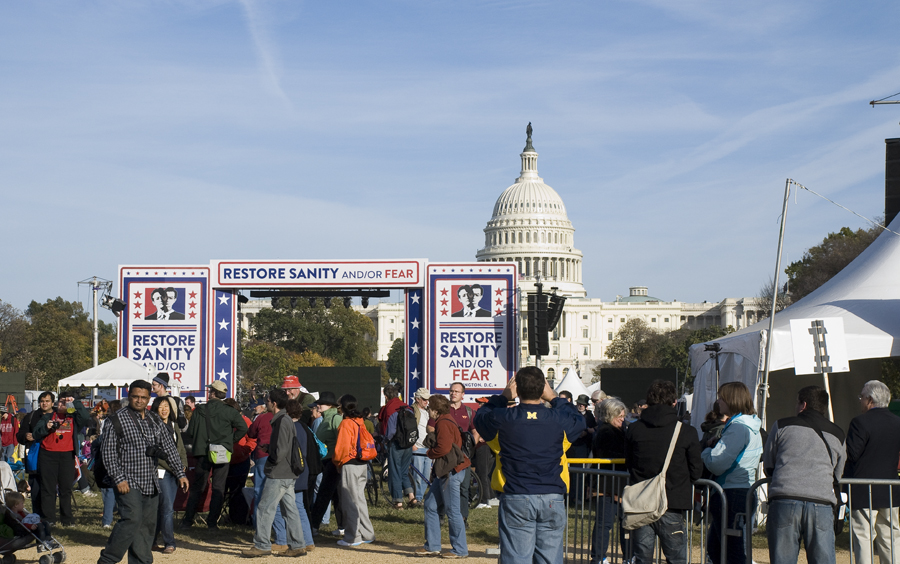 This picture is misleading;  it was taken two hours after the rally, and the amazing concentration of humanity, sated on sanity, had spread across several more blocks in search of supper.

As we made our way from the rally, we immediately experienced a crush of humanity unique in my experience; the closest pack of strangers, one line moving slowly, haltingly, in one direction, while another line of strangers moved slowly, laboriously, in the exact opposite direction, surrounded on all sides by many other lines doing exactly the same thing.  The lines exchanged occasional banter, friendly quips, even the occasional and under the circumstances, totally hilarious, “Excuse me.” 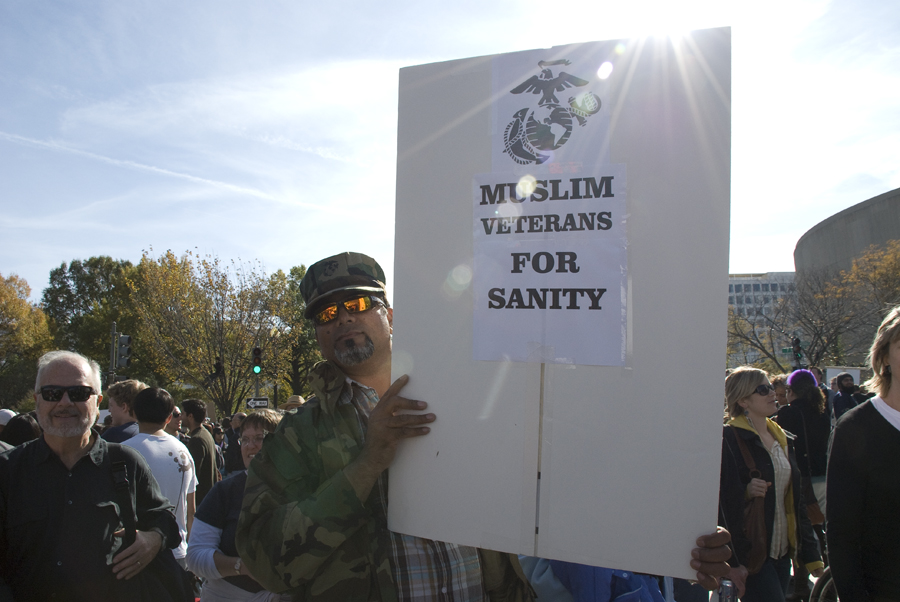 And for this Marine, like all the rest of them, we thank you, nation.

Reflecting on this later, it was my hope this experience would drive home to each heart, what should be the obvious insight: We are all in this together;  despite our many, sometimes even diametric differences, we can each make our way through these hard times— not “end times”— by moving slowly, lovingly, and with care, concern, and cooperation with each other, working side by side to solve our problems, explore our real differences with honesty and commitment as real Americans, first and last.

“What begins in anger, always ends in shame.”
—Hand lettered sign at the rally

Health, sanity, and happiness are integrations of truth, beauty, and goodness as they are blended in human experience.
—The Urantia Book