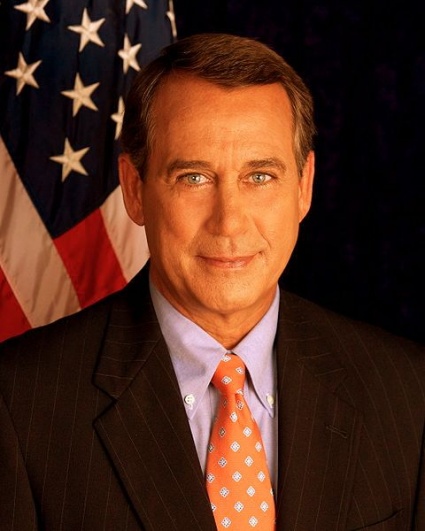 Given that the electoral odds strongly favor a Rethug takeover of the House of Representatives this Tuesday; and given the John Boner will likely become the Speaker of the House (like I learned in Catholic grade school: when two vowels go a walkin’, the first one does the talkin’); and given that the US Constitution prescribes that the Speaker is third in succession to the President, I sincerely hope that President Obama and Vice-president Biden will immediately cease appearing together in public.

*The last great struggle between the orange and the green men occurred in the region of the lower Nile valley in Egypt. This long-drawn-out battle was waged for almost one hundred years, and at its close very few of the orange race were left alive. The shattered remnants of these people were absorbed by the green and by the later arriving indigo men. But as a race the orange man ceased to exist about one hundred thousand years ago.
-The Urantia Book