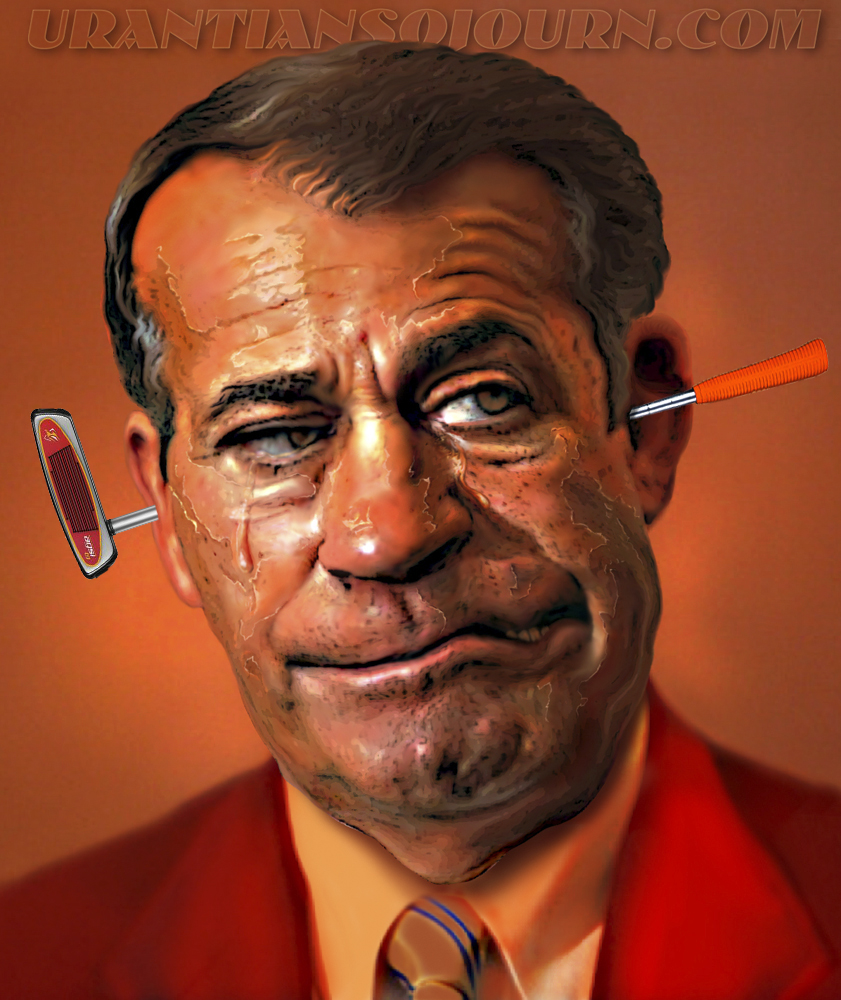 Mr. Lachrymosity is back. . . and  he’s still the same shade of frikkin orange.

Democracy, while an ideal, is a product of civilization, not of evolution.
—The Urantia Book

That’s it: moving backward: a retrograde flow • reverting to an earlier and inferior condition: to go back on the progress that has been made would be a retrograde step.

And the main reason our government has sucked for years, sucks right now, and will continue to suck for the indefinite, foreseeable future is this.
We do not elect to public office individuals who are technically trained, intellectually competent, socially loyal, and morally fit.

And we still haven’t learned our lesson.

That’s Joe Miller, Der Rand Paul, and the Tea Stooges,  Sharron Angle, Ken Buck, and Carl Paladino, who are slinking off  to their local Gashaus to drown their sorrows.
Meanwhile, the write-in vote in Alaska could end Joe Miller’s chances of saluting der Alaskans anytime soon, but the outcome may take weeks. Que the effin’ media circus.

Michael Bennet shows us the pickle he took off Ken Buck in Colorado, although Ken isn’t conceding just yet, as the lawyers will try to convince him to pull a Norm Coleman.
(Yeah man, I wouldn’t put my fingertips on that thing either. . .)

Representative government presupposes an intelligent, efficient, and universal electorate.  And the character of such a government is always going to be determined by the character and caliber of those who compose it.

There are numerous exclamation points scattered throughout The Urantia Book, but the couple I want to point out right now are the two used under a section called THE EVOLUTION OF REPRESENTATIVE GOVERNMENT, where it warns us about the dangers of democracy:

Go slowly! select carefully! for the dangers of democracy are:

2. Choice of base and ignorant rulers

3. Failure to recognize the basic facts of social evolution

4. Danger of universal suffrage in the hands of uneducated and indolent majorities

5. Slavery to public opinion; the majority is not always right.

Better print those out and put’em on the fridge; we’re going to be seeing protracted examples of all of them.