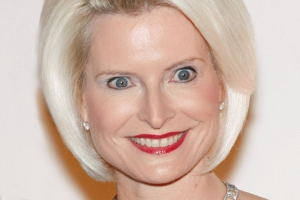 Now we know how much a Tiffany Catholic costs to maintain:

Former House Speaker Newt Gingrich, who entered the 2012 presidential race just last Wednesday, is having an epically bad week. And it’s only Tuesday.

On Sunday, Gingrich angered conservatives by criticizing Rep. Paul Ryan‘s budget plan and semi-supporting an individual mandate for health care. Now he is being stung by a report that he carried up to $500,000 in debt to the Tiffany jewelry company – and may still be carrying it.

Politico got the scoop by looking at financial records filed with the Clerk of the House of Representatives in 2005 and 2006. (CBS News has now viewed the records and can confirm the report.) While Newt Gingrich has not been in the House since 1999, his wife, Callista Gingrich, worked for the House Agriculture Committee through 2007.

Newt Gingrich’s presidential campaign gets off to a blazing (i.e. self-immolating) start

Looks like The Newtster got off cheap. Recall that after being arrested in 2003 for sexually assaulting a 19 year old hotel employee in Colorado (where have we heard a story like that recently?), LA Laker star Kobe Bryant was looking down the barrel of a very, very expensive divorce from his wife, Vanessa Bryant. One $4 million 8-carat purple diamond ring later, and voila– problem solved.

Now, I’m not necessarily saying Newt cheats/cheated on Callista and the revolving Tiffany credit line is/was her price for deferring the title of Ex-Gingrich Wife III. It could be that she merely insisted of a show of good faith on his part (or a sorta divorce settlement downpayment, for you unromantic, cynical types).

And/or its her price for helping Newt corral a enough of the country’s Catholic 47 million voters to beat Obama in 2012, who won a surprising 54% of that vital demographic in 2008 due in large measure to his choice Joe Biden, a lifelong Catholic, as his running mate.

Just how influential is the Catholic vote on our three branches of government? While Catholics make up only 15% of the country, and they certainly don’t vote en mass as a group, it should be noted that 25% of current US Senators are Catholics; 30% of the current US Representatives are Catholic; the vice-president is Catholic; and a majority of the sitting justices on the US Supreme are Catholic.

With a personal life that has alienated him from the majority of the family values voters,  The Newtster could never win without a sizeable majority of the Catholic vote, who are a little more forgiving about personal morality issues than are fundamentalist Christians. That makes the Tiffany account a good investment on two levels, personal and political.

So give him ‘credit’ for that.