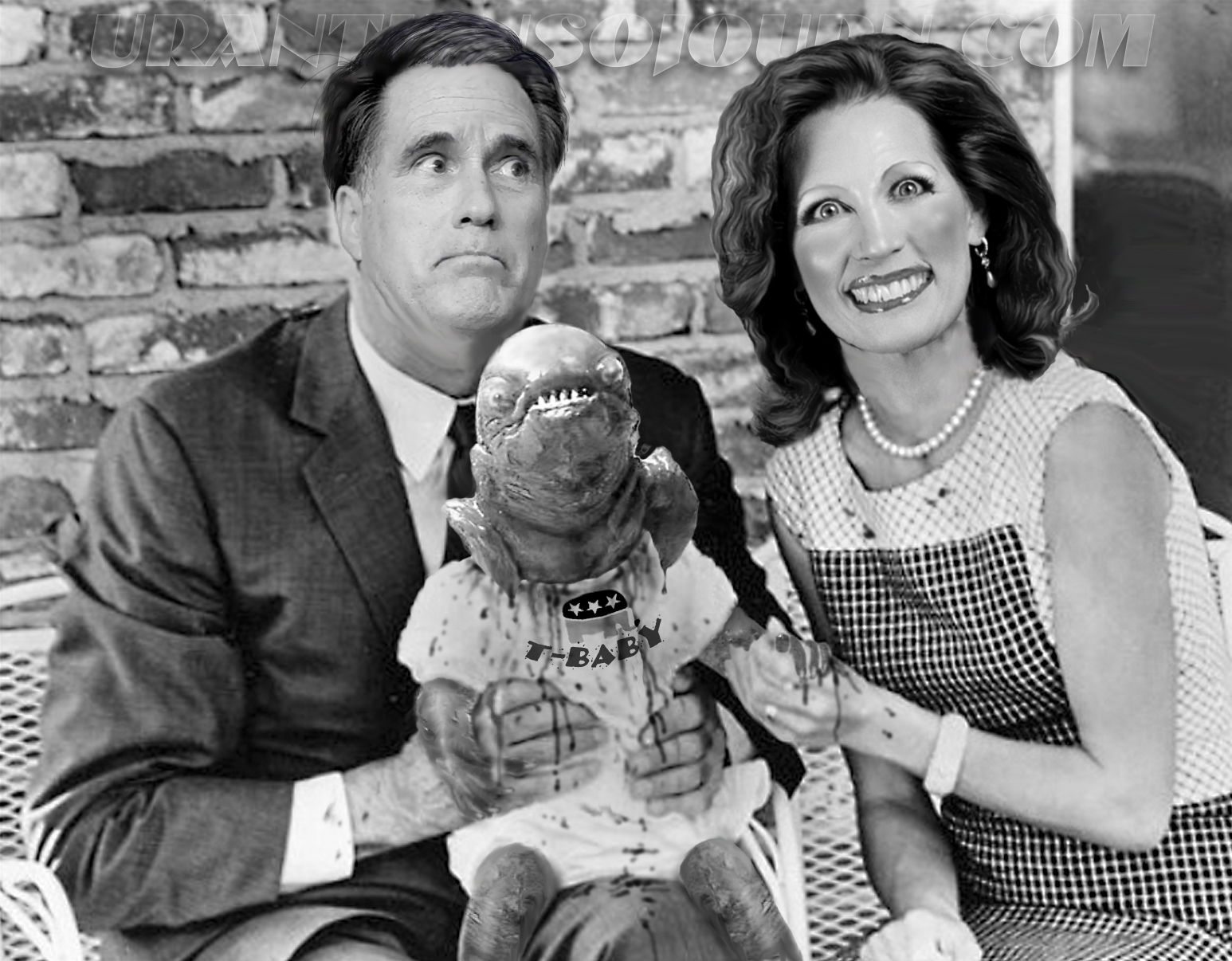 You understand that a 2012 Romney-Bachmann Ticket would be forced to have a bloody lil’ foster child, right? If you wanna clutch the carnage, you must click it.

It’s Back To The Future Friday, kids, and you know what that means— supercilious speculations are in order.  The latest Quttapadlock Poll says serial loser Mittens Romney is leading Stepford bot Michele Bachmann by a mere eleven points, which, according to our crystal balls, means they may as well be joined at the junk… or whatever they have down there.

And that disgusting visual forces us to take a moment to speculate on just what would happen when Mittens’ magic Mormon underoos are politically wedded to the homophobic ex-Lutheran straightjacket of Michele Bachmann. These garments are generally considered orthodox raiment by casual observers such as ourselves, but putting them together on a political ticket could produce a volatile ensemble clash that will surely incense gay fashionistas all across America.

But.  Let’s move on to more frivolous stuff.  Like, just yesterday, when only the quick-of-eye caught the subtle hip-twitch by Romney when he was asked, “Is Homosexuality a sin?”  Clearly the magic undergarment was at work, as Romney reflexively responded, “Nice try.”  Which is magic Mormon underwear-speak for “Fuck off.”

But enough about Mittens. Once these two get ticketed up, he’ll be even more irrelevant than McCain was after he got his first Palin chubby.

And you must remember the protracted and outraged tarring of then candidate Barack Obama the Repugs indulged in over his pew time at Rev. Jeramiah Wright‘s church— well now word comes from Joshua Green at The Atlantic about candidate Bachmann‘s recent termination ( in writing) of her membership in the Salem Evangelical Lutheran Church of Stillwater, Minnasoda, [sic] which hates the sin of homosexuality, and oh yeah, that guy in the red shoes that they call the Pope is the Anti-Christ.  Now that’s some pre-emptive political sagacity.

Bachmann, who has a gay stepsister, has spent most of her adult life fibrillating over TEH GAY.  Now Bachmann is just a Christian wife who happens to be running for “the President,” a woman who is subservient to her Christian husband, Marcus Bachmann, who claims his words were altered on this interview where he infers that gays are sinful “barbarians” that need to be educated.

And she’ll need lots more sagacity too, when the Lamestream Mediarrhoids ask her if, like her hubby-wubby, she believes you can pray away teh gay. But like all good tail-wagging the head Christians, she believes she is obligated to rule, and it will take all the obligates she can pray her hands on to rule her precious little Tea Baby, the reckless mutant spawn of 2010.

As the self-appointed foster mother of this little anti-tax monster, she will find out just how much God loves her when it starts to bite her in the ass, which should be right after someone asks her how she plans to keep it from running all over the national mall devouring gays and and anti-American Congressmen. 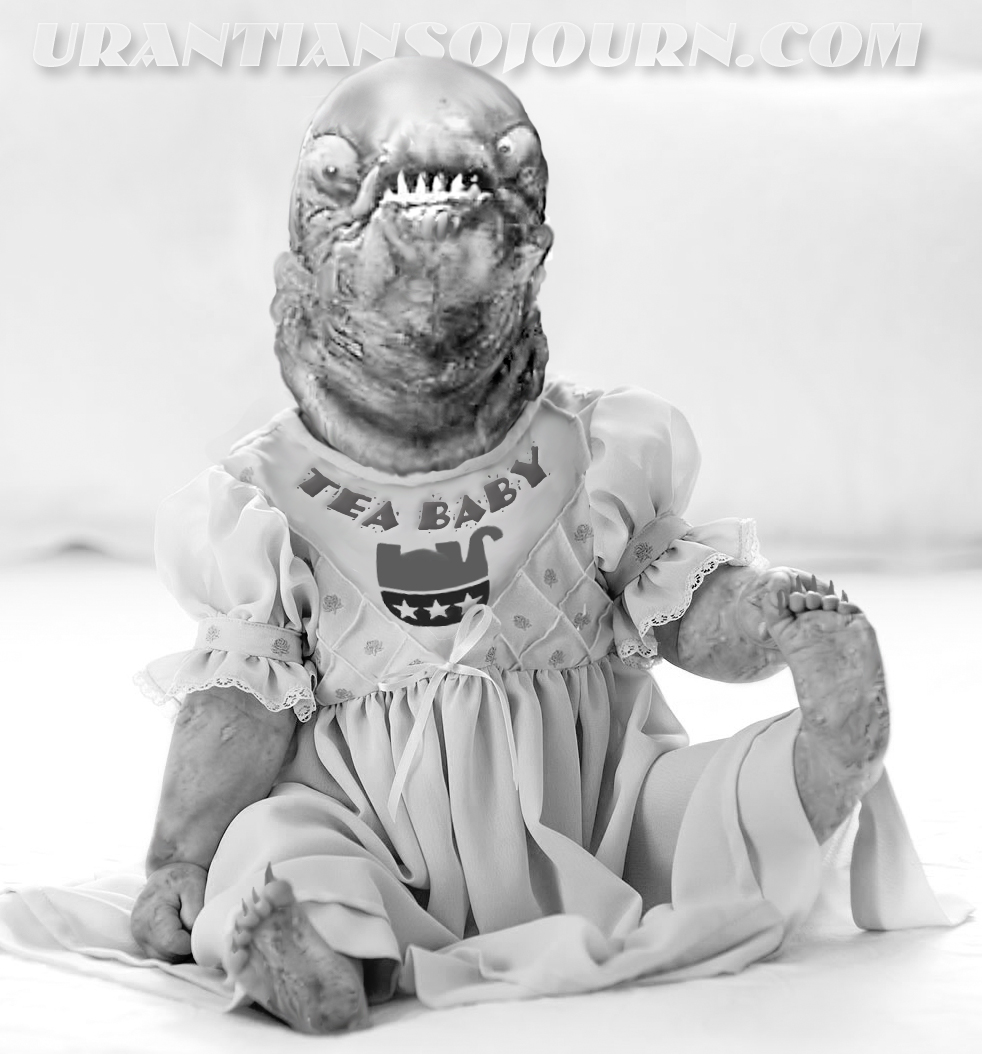 Awwww… terrifyingly cute… and gay!  And all cleaned up for a new election cycle.