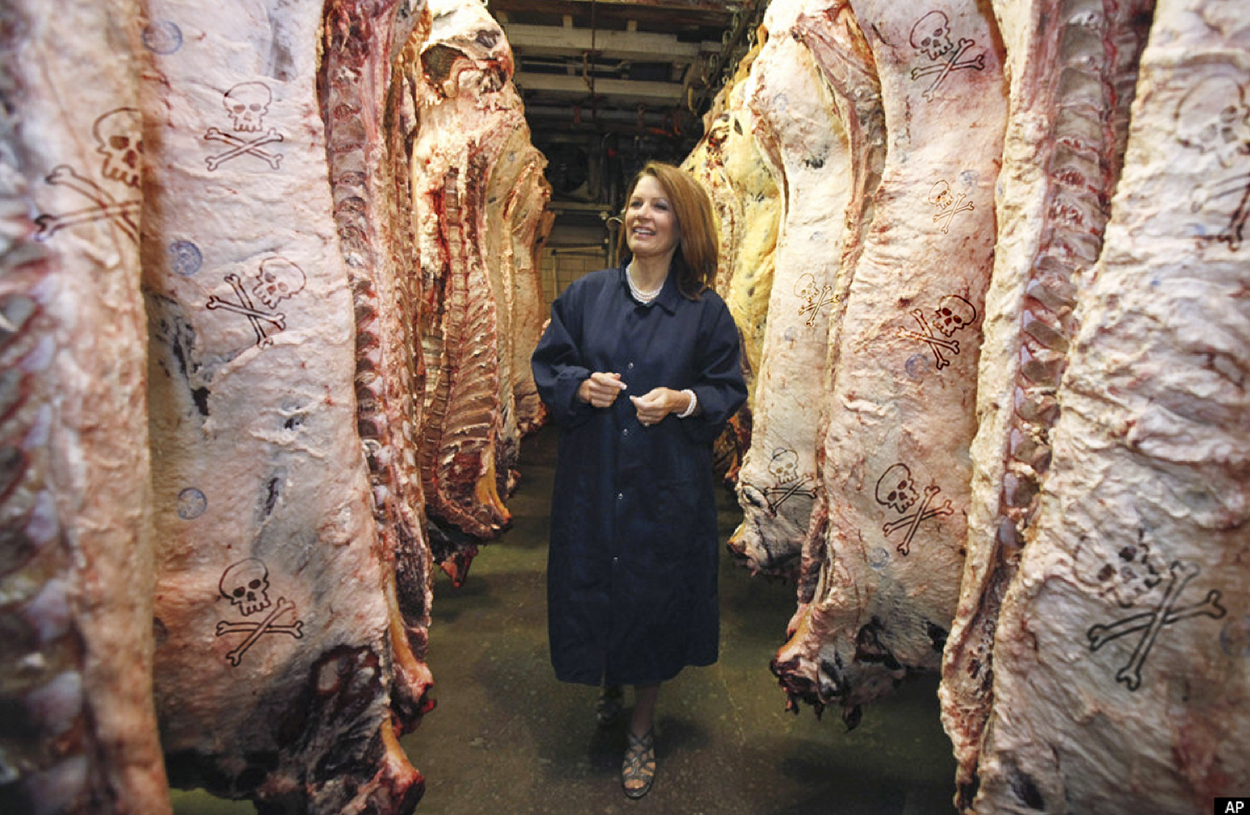 GOP presidential wanna-be Michele Bachmann ruminates before hundreds of dead animal carcasses: “Our campaign is alive and well.”
The irony. . .  it burns  :-O

DES MOINES, IOWA — You simply can’t make this stuff up.  As a new USA Today/Gallup poll rolls out showing her gasping along at 5 percent and way behind rivals like Texas Governor Lil’ Ricky Perry and ex-Massachusetts governor, Mittens Romney, Michele Bachmann stood amid hundreds of dead cow carcasses to declare her campaign “alive and well.”

You know it, I know it— even when meat is clean and kosher, it still smells dead.  Even before you cook it, you know damned good and well it’s dead.  And that’s why Meat, The Press deserves a tiny gold star for still following Bachmann around, even  into the jaws of, er… the meat lockers of death.

So when your most recent ex-campaign manager—  a cut and dried cold-blooded curmudgeon— tells Teh Press he ran your campaign into the meat locker, it’s time to hang it up, little sister;  cuz you’re dead meat.  Alas, it gives us an appetite to quote 1 Timmeh 4:1-4:

1 Timmeh 4:1-4
“Now the Spirit speaketh expressly, that in the latter times some politicians shall depart from the faith, giving heed to seducing spirits, and doctrines of devils;  Speaking lies in hypocrisy;  having their conscience seared with a hot barbecue grill;  Forbidding the Gay to marry, and commanding all to abstain from dead meats, which God hath created to be eaten only by them which believe and know the truth:  Meat is Dead.  For every creature of God tastes good, and nothing should be refused, except liver, unless it be received with a really good sauce.”