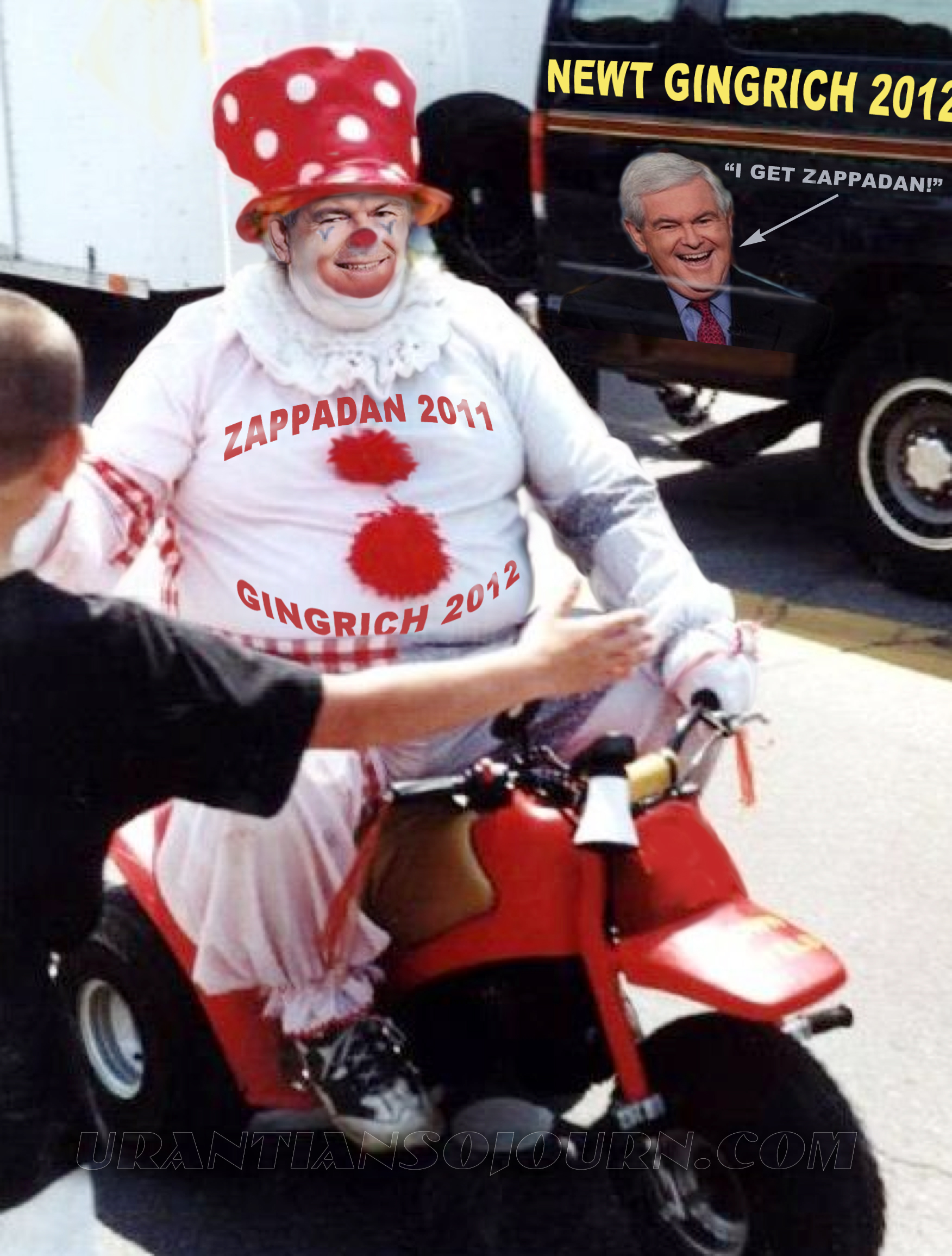 Encino Two Hundred Motels security guard, Han-Min-Noon, stops Newt Gingrich in the parking lot;  Gingrich’s traveling Clown Caravan said it was in town to celebrate the beginning of Zappadan, which started the day before.

Open up your pocketbook,
Get another quarter out,
Drop it in the meter, mama
Try me on for size
—Magic Fingers, Frank Zappa

ENCINO —  It’s widely undisputed that some politicians will do just about anything to get elected, and that the Muppets are Communists.  They will lie, cheat, and steal cheap motel towels.  They will perform jaw-dropping acts of hypocrisy as easily as a camel falls through the eye of a needle the size of Atlantic City, New Jersey.

Some of them however, are cut from a different cloth.  Calico Clown cloth, to be exact.  The latest outrage by a 2012 candidate for the Republican Party presidential nomination is clothed in that clown cloth:  it’s Newt Gingrich, and his creepy grovel for a few hip votes:  an impromptu celebration of ZAPPADAN.

An alert member of the parking security team for the famous Two Hundred Motels Motel in Encino, California, spotted Newt Gingrich as he squirmed into a clown costume behind an adult electric tricycle.

“When he saw me coming over, he hustled his fat ass— uh sorry;  can I say ‘fat ass’?  Okay;  well he gets his fat ass onto this red tricycle-thing, and tries to drive off,” said Han-Min-Noon, Day Lot Security Guard at Two Hundred.  “So I ask him if he’s a registered guest at the Motel, and he says, ‘Don’t you know who I am?’  I says, No, I don’t know who you are;  are you a registered guest of the Motel?  After about twenty questions, it turns out he wasn’t registered at the Motel at all;  he was just using our parking lot to launch some kind of weird fucking parade.”

Gingrich and the other members of his caravan were asked to leave.  They loaded up their clown-cycle and drove away.  They were not ticketed by security.

The current front runner for the Republicans’ presidential slot is not the first Republican to attempt a celebration of sorts of ZAPPADAN.  In 2009, we shared an exclusive report on a Zappadan party held by more than a dozen Republican politicos: 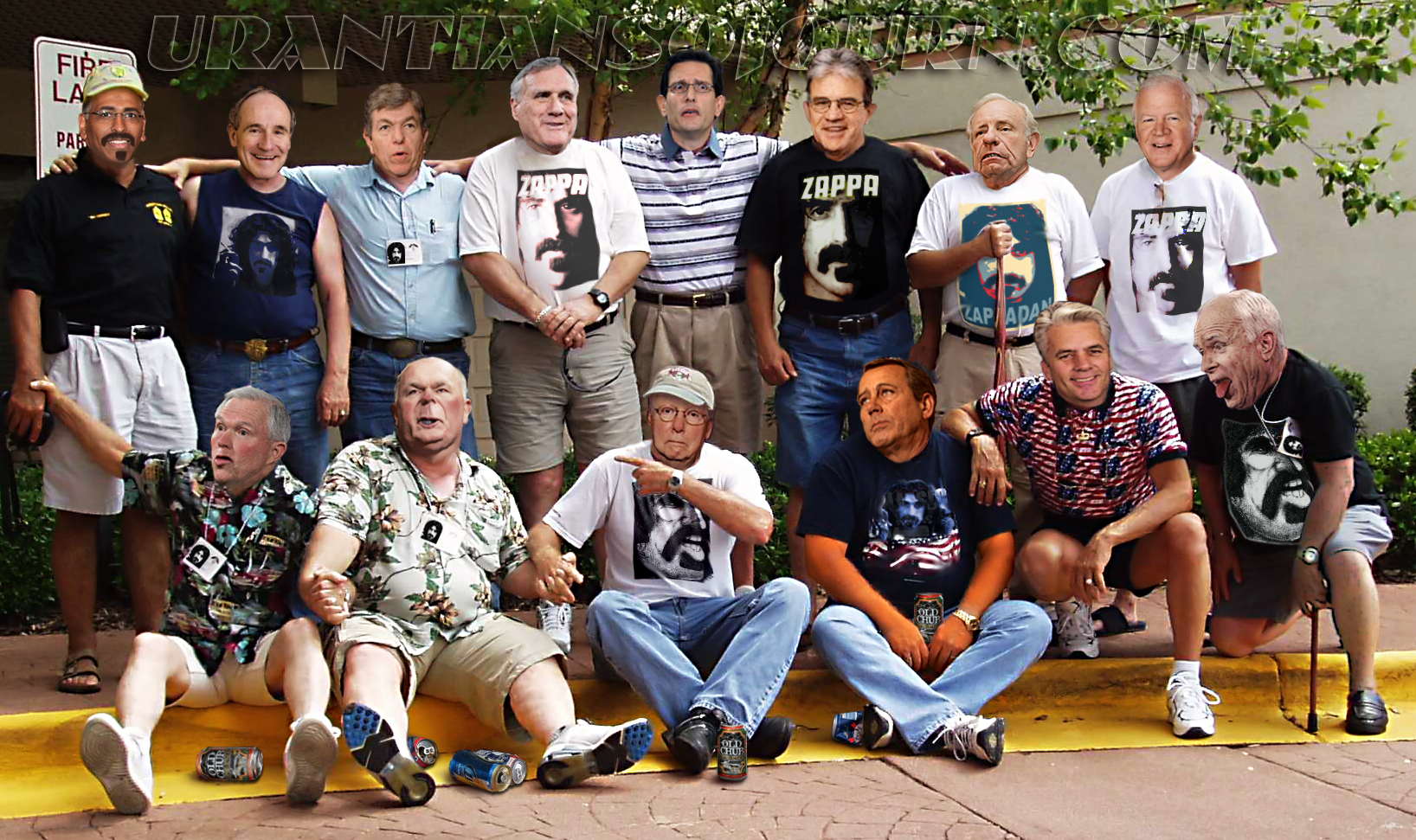 Don’t recognize some of these “pathetic sodomite PsOS,”?  Count yourself lucky.