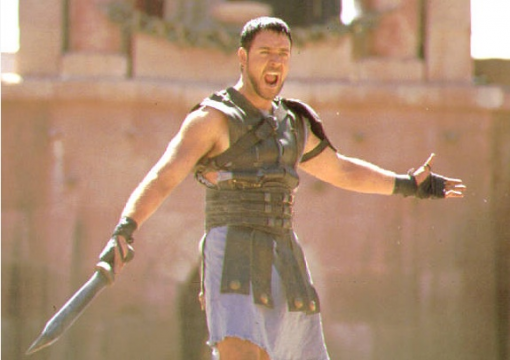 “Are you not entertained?”

This is both the Newtster’s greatest political strength and greatest weakness. While appealing to the baser emotions of anger, fear, and resentment plays well with the Teabagger activists who dominate the Rethuglican primaries, appeals to the lizard brain will doom him in the general election, if his nationwide disapproval rating of nearly 60% is any indication.

You’ll notice that during Monday’s debate in Tampa hosted by NBC that the Newtster’s performance was noticably more subdued than previous ones, most especially Thursday night’s debate moderated by CNN’s John King. Pundits gave varying reasons: he was trying to look more presidential, he was trying to appeal to a more diverse (i.e., less racist) demographic, the moderator (Brian Williams) concentrated more on policy differences rather than “character issues” etc.

But it seems to be the most critical difference was the venue, specifically the restriction on live audience reaction to statements from either the participants  or the moderator. In fact, Gingrich stated today that he won’t participate in future debates that don’t allow for the animal spirits of the audience to run free.

“We’re going to serve notice on future debates,” he told Fox. “We’re just not going to allow that to happen. That’s wrong. The media doesn’t control free speech. People ought to be allowed to applaud if they want to.”

In my previous post, Vox Populi Lacerta (rough Latin translation: Voice of the Lizard People), I cited Howard Feinman‘s compilation of audience reactions to previous GOP debates. Rhetorical red meat has come in the form of  anti-government, classist, race baiting rants and one-liners that have fueled Gingrich’s meteoric rise in the polls.

History’s best demagogues seem to be those who are able to arouse, channel, and embody the raw emotions of their audiences. Adolph Hitler was a master of the technique, casting the German people as victims of a post WW I reparation scheme by Communists, French industrialists, and Jewish bankers. By feeding off the reactions of the crowd, Hitler achieved ever greater heights of speechifying  frenzy, notwithstanding that  many of his public tirades began in a timid and halting manner.

Hitler’s designated heir, Reichmarshall Hermann Goering, likewise understood the dynamics of  mass psychology, especially at it concerns whipping up a populace for war.

“Why of course the people don’t want war … But after all it is the leaders of the country who determine the policy, and it is always a simple matter to drag the people along, whether it is a democracy, or a fascist dictatorship, or a parliament, or a communist dictatorship … Voice or no voice, the people can always be brought to the bidding of the leaders. That is easy. All you have to do is to tell them they are being attacked, and denounce the pacifists for lack of patriotism and exposing the country to danger. It works the same in any country.”

(Not that Newt is alone in identifying Iran as the next, most likely target of US aggression. Rick Santorum and Willard Romney have also issued full throated verbal attacks against the Iranian regime. Ron Paul is, mercifully, the notable exception.)

In the 2000 movie Gladiator, Proximo (Oliver Reed), a former slave who won his freedom fighting in the Coliseum, instructed his understudy and rising star, Maximus (Russell Crowe): 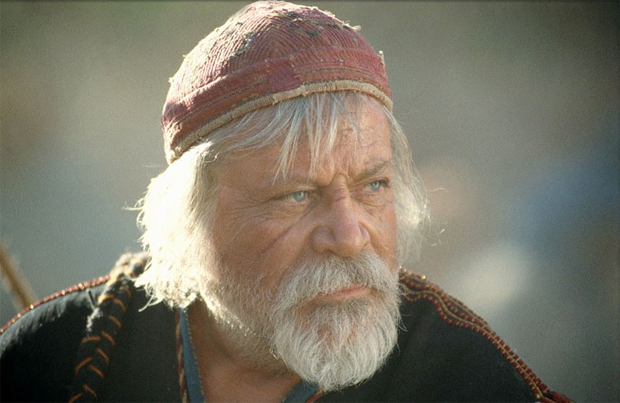 Gingrich has thus far been succesful in winning the kind of crowds that, consciously or unconsciously, reject what Abraham Lincoln called “the better angels of our nature.”  In very short order, Gingrich has turned Romney’s huge lead in the national polls into a 9 point deficit, a swing of some 25 points.

Faced with this reality, Romney is now trying to appear more aggressive and confrontational. Temperamentally, he  is ill-suited to the task. Willard gives new meaning to the nonsensical notion of scripted spontaneity. Trying to appeal to the working man, he styles himself as just another one of the unemployed, imagining what it would be like to receive a pink slip.  Barking “Woof, woof who let the dogs out,” he feigns having his butt pinched by admiring waitresses.  His phoniness aside, if he doesn’t find a way to connect with the lowest common denominator of the Rethug voter base, he will never regain his former status as Mr. Inevitable.

This reversal of electoral fortune is freaking out the Rethug establishment, who more than anything, dread a Gingrich nomination because of what they perceive as his ultimate unelectability. What was thought impossible just a couple of weeks ago may yet come to pass– a brokered convention where the nominee is appointed by elites in smoke filled rooms.  That would piss off the hard core Teabaggers something fierce, paving the way for the emergence of a third party candidate more reflective of their values.

Time to replenish my already depleted popcorn stash and to consider buying some popcorn futures. It’s a long way to the Rethug nomination, and the GOP’s circular firing squad is busy reloading.