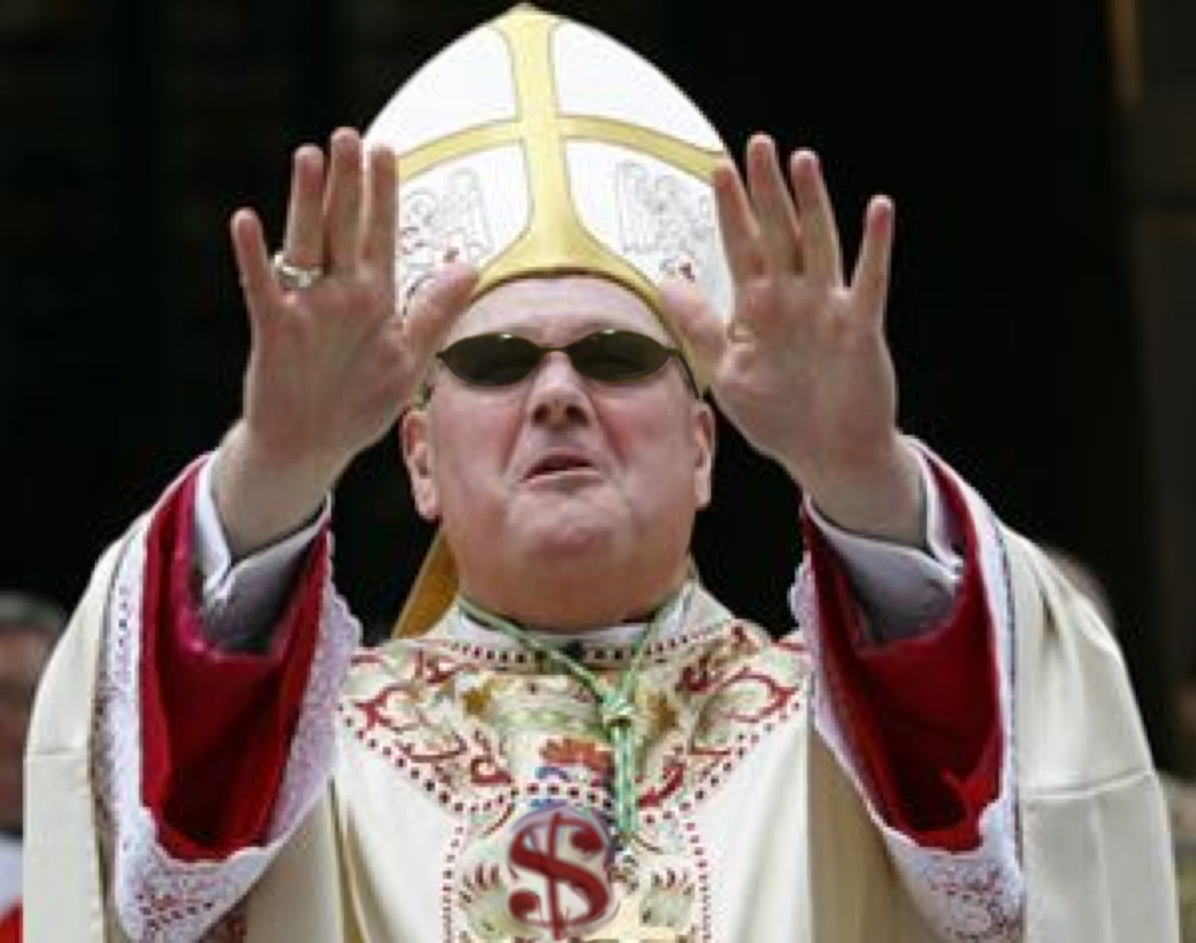 If the blind lead the blind, both shall fall into the pit.
—Jesus Christ

There is no excuse for the involvement of the church in commerce and politics; such unholy alliances are a flagrant betrayal of the Master.
—The Urantia Book

HICKSVILLE, N.Y. —  Cardinal Timothy Dolan recently called on all Roman Catholics to get involved in politics as “the church”— in the form of several dozen, mostly oldish white men— takes a stand against the U.S. government in what Dolan characterizes as a “freedom of religion battle.”

Seems they got their robes in a twist when President Barack Obama moved to mandate that religious-affiliated institutions, such as Church-owned hospitals and universities, include free birth control coverage in their employee health plans. President Obama has said religious employers could opt out, but insurers must still pay for the coverage.

But Dolan has said— before God and with a straight face, mind you— that the U.S. government is perpetrating “an unwarranted, unprecedented, radical intrusion” into “religious freedom.”  Now remember, Dolan is including under his jumbo “religious freedom” umbrella the Catholic Church’s right to run “not for profit” hospital chains as tax-exempt businesses. One such business is Ascension Health, a Catholic nonprofit system that runs some 65 hospitals, reported a net income of $1.2 billion in 2007, and cash and investments of $7.4 billion. And that’s more cash than the Walt Disney Company has stashed under Snow White’s pillow.

Dolan likes to frame it this way:  The Catholic Church is “not trying to impose our teachings on anybody. We’re simply saying, don’t impose your teaching upon us and make us do as a church what we find unconscionable to do.”

Really?  “As a church”?? A hospital may have something to do with saving your soul temporarily— but it is not a church— who’s only “job” is about saving your soul permanently.  Church leaders who cannot tell, or are no longer interested in the difference between saving souls and running businesses that rakes in billions, are the living, breathing, modern day example of the blind leading the blind, and both falling into the money pit.  It may be something you want to think long and hard about before your final review with your real boss, in light of what he said while he was here:

In the great day of the kingdom judgment, many will say to me, ‘Did we not prophesy in your name and by your name do many wonderful works?’
But I will be compelled to say to them, ‘I never knew you;
depart from me you who are false teachers.’
—Jesus

[You humans have begun an endless unfolding of an almost infinite panorama, a limitless expanding of never-ending, ever-widening spheres of opportunity for exhilarating service, matchless adventure, sublime uncertainty, and boundless attainment. When the clouds gather overhead, your faith should accept the fact of the presence of the indwelling Adjuster, and thus you should be able to look beyond the mists of mortal uncertainty into the clear shining of the sun of eternal righteousness on the beckoning heights of the mansion worlds... —The URANTIA Book
View Mobile Site