“The reason I got involved in public service, by and large, if I had to credit one thinker, one person, it would be Ayn Rand.” –Rep. Paul Ryan, 2005

“I reject her philosophy. It’s an atheist philosophy. It reduces human interactions down to mere contracts and it is antithetical to my worldview. If somebody is going to try to paste a person’s view on epistemology to me, then give me Thomas Aquinas. Don’t give me Ayn Rand.” –Rep. Paul Ryan, 2012

Paste? You mean as in Mitt Romney pasting on his forehead your budget proposal that gives even greater tax privileges to the rich by taxing the poor? You mean the ‘pasting’ the Jesuits gave you at Georgetown, calling you out on your anti-Christian reading of the Gospel of Jesus?

Eric Cantor on Raising Taxes on the Poor: ‘You’ve Got to Discuss That’

Should we raise taxes on richer Americans? Eric Cantor has a clear answer. Absolutely, 100% no.

Should we raise taxes on poorer Americans? Eric Cantor has a different answer: “You’ve got to discuss that issue.”

Cantor: We also know that over 45 percent of the people in this country don’t pay income taxes at all, and we have to question whether that’s fair. And should we broaden the base in a way that we can lower rates for everybody that pays taxes.[…]

Q.: Just wondering, what do you do about that? Are you saying we need to have a tax increase on the 45 percent that right now pay no federal income tax?

Cantor: …those at the bottom end of the income scale want nothing more than to increase their income, to get up that ladder of success. So the goal should be, how do you do that? I’ve never believed that you go and raise taxes on those who have been successful that are paying in, taking from them, so that you just hand out and give to someone else. Those someone else[s] want hand-ups. They want the ability to get up the ladder.

It’s true that more than 45% of Americans don’t pay net positive federal income taxes. But 80% of them live in households making less than $30,000. They are automaticaly [sic]taxed at a lower rate, and they receive “refundable tax credits” that bring their tax bill past zero.

What would it take to force these lucky duckies to pay positive income taxes? It would mean instantly higher taxes for 70 million Americans. It would mean raising taxes on some of the poorest households by up to $4,000 a year, according to the Tax Policy Center.

If we need to fund the necessary operations of government, why go after where the money isn’t? If people naturally want to be richer, why would slightly higher tax rates on income over $330,000 change their mind? If the poor need hand-ups, why make them poorer?

It is a matter of economic dogma that taxes discourage behavior. Eric Cantor has obviously convinced himself that higher taxes on income under $30,000 will discourage poverty…

And the beatings will continue until morale improves. 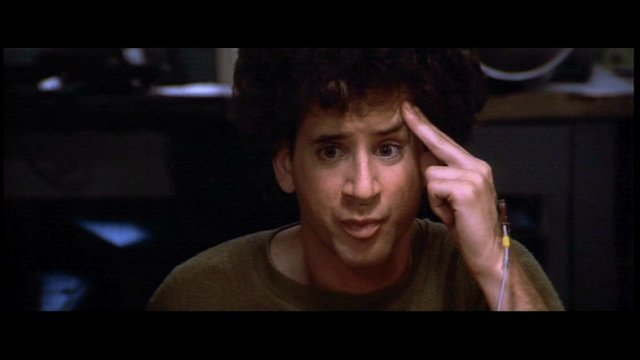 UPDATE: 4/28  The Center For American Progress runs the numbers on the Ryan-Romney budget, aka The Contract On American Kids. 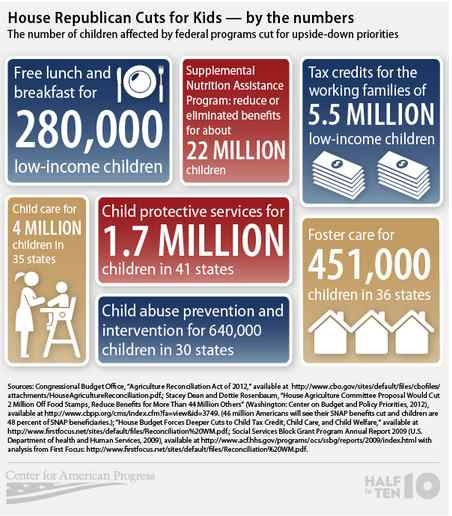