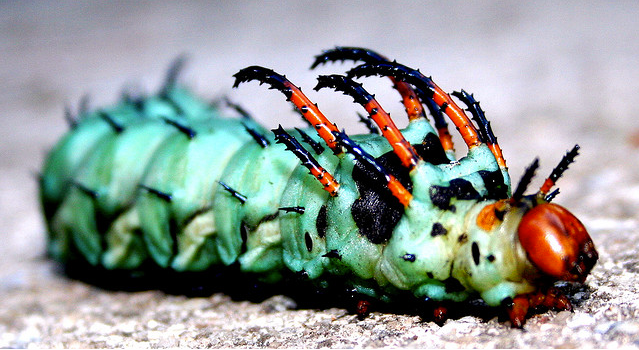 The GOP’s War On Women took a new twist today with its Chairman, Reince Priebus, dismissing the very idea, calling it a Democrat plot enabled by the librul media– “a war on caterpillars“:

As we have documented on numerous occasions (e.g., here,  here, here, here, and here), the hundreds of bills either pending or already passed in numerous state legislatures and the US Congress designed to limit women’s access to reproductive health services within the last year alone hardly constitute “a fiction.” Rather a gut wrenching reality that assholes like Mr. Preibus, who suffer from male PMS (Prejudice, Misogyny, Sexism), can hardly imagine.

Fiction is the GOPers desperate attempt to escape the record of their words and deeds in the era of the YouTubes and social media. Their presumptive presidential candidate, Mitt Romney, has gone so far as to promise to terminate the largest deliverer of vital health services to poor and uninsured women, Planned Parenthood.

It shows in the polls. The new USA Today Gallup poll released today shows a dramatic shift in independent women’s support of President Obama. Obama now leads Romney by 14 points in that crucial voting demographic, a 11 point drop for Romney since the last such poll taken during October-December of last year.

The Rethugs have sowed the wind and are now reaping the whirlwind. Needlessly pissing off over half the electorate proves their evolutionary unfitness to lead.