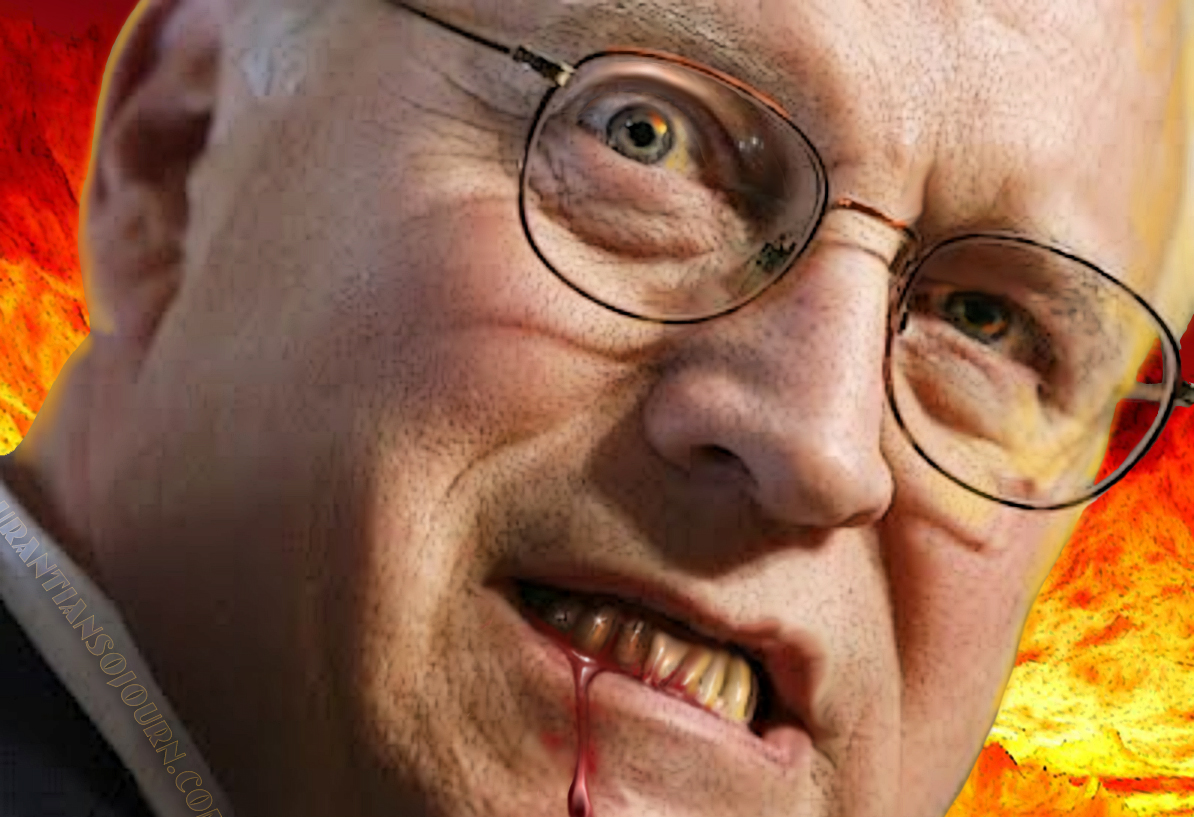 Dick!  Why so serious?

Like a lot of others, I had managed to slip into his top secritt Wyoming test site to “practice” taking part in the future festivities, when news of the Supreme Court’s weird emission on Health Care spewed forth into the Media Stream.

But, still in a dream, I could hear the distant sound of many morbidly obese white people wheezing and chanting, “Stop the ObamaCare Nightmare!” It rattled around in my reptilian motor room just long enough to make me stir from sweet slumber.

So it was true: Chief Justice Roberts, the reluctant nincompoop stickler-in-the-mud of law, has inadvertently, but deliberately rescued “Obamacare” and given the crazed liberal women of the court a pyrrhic victory over The Scalia Beast. 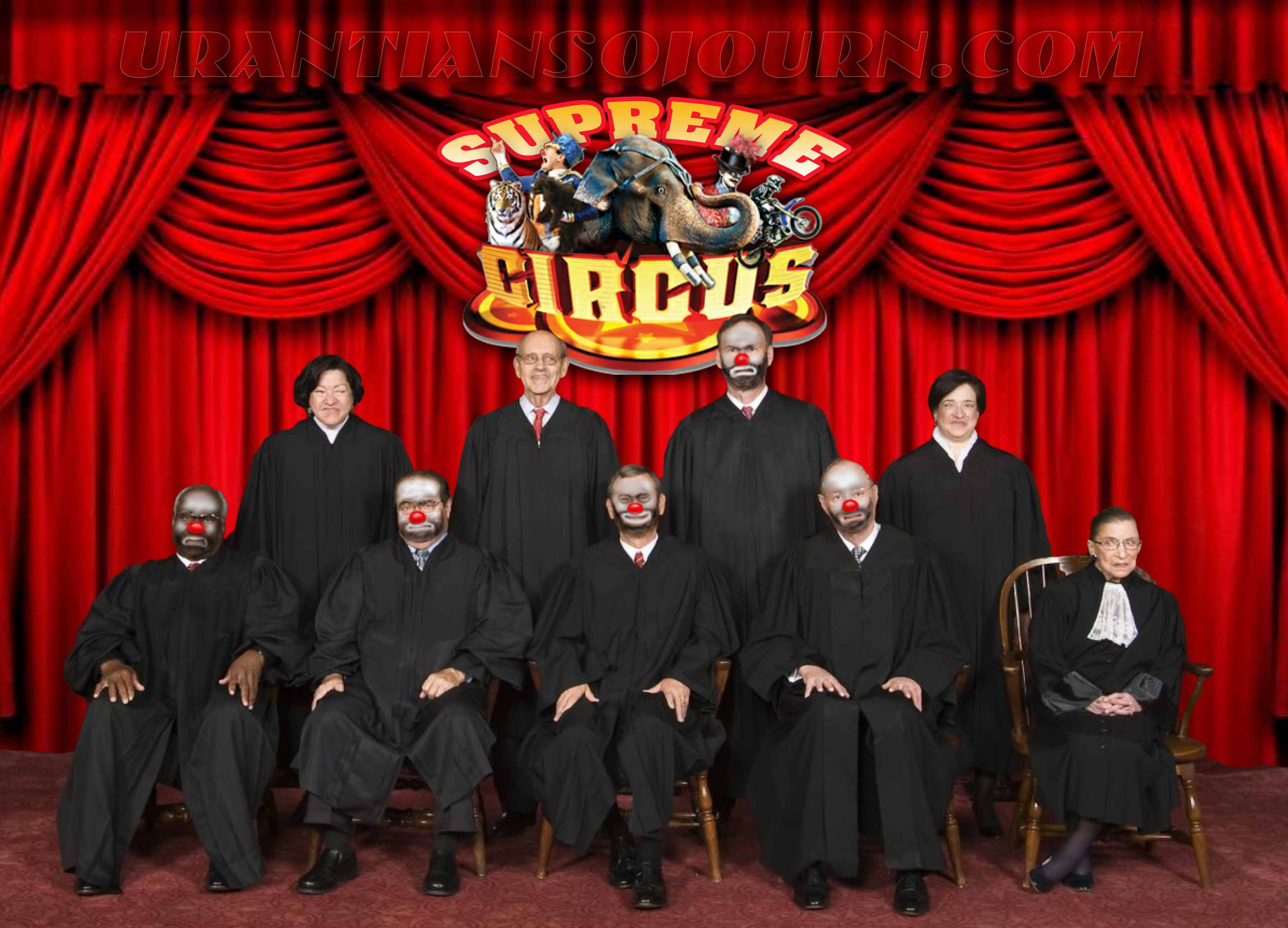 Angry Uncle Clarence, The Scalia Beast, John-Boy, Phoney-Tony Kennedy line the front row; and with Giant Alito Head in back, they all deign to pose with the women of the Court.  (Yes, they think Breyer is a woman.)
If you want to join the circus, you must click it. 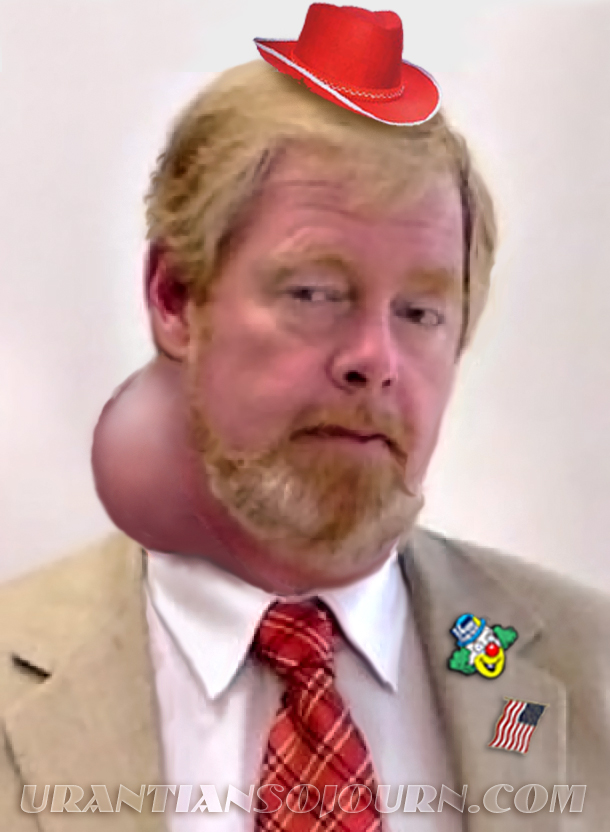 Meanwhile, and I do mean “mean,” self-proclaimed founder and president of the Media Research Center Brent Bozell, known currently as “Goiter Boy” around the water cooler, fought back tears yesterday but managed to stammer out: “His [Roberts] reputation is forever stained in the eyes of conservatives, and there will be no rehabilitating [sic] of it.  He will be seen as a traitor to his philosophy.” Right.  And that goiter on your neck is photoshopped.

Despite the diplomatic salve of Roberts’ vote on the raging tumor that is America’s healthcare system, the Supreme Court is going to stay ineffective.  Just like America’s crumbling infrastructure, the court infrastructure is in its death throes.  We need a dozen Supremes, and there needs to be a two thirds majority every time the legal eagle flies.  And when the good judges turn 75, we kick their asses to the curb.

Those structural improvements will help. But long before we pass out of the negative and into the positive era of law, we must come to grips with the ideological failings of conservatism, balanced fairly, even mercifully, with the far-reaching compassion of liberal Progressivism.

Now. Back to that dream…  Dick has been found guilty of betrayal of governmental trust, and is facing his demise in the lethal gas chambers of the International Criminal Tribunal of the World Court.  Heh. Where is that merciful compassion when you need some.