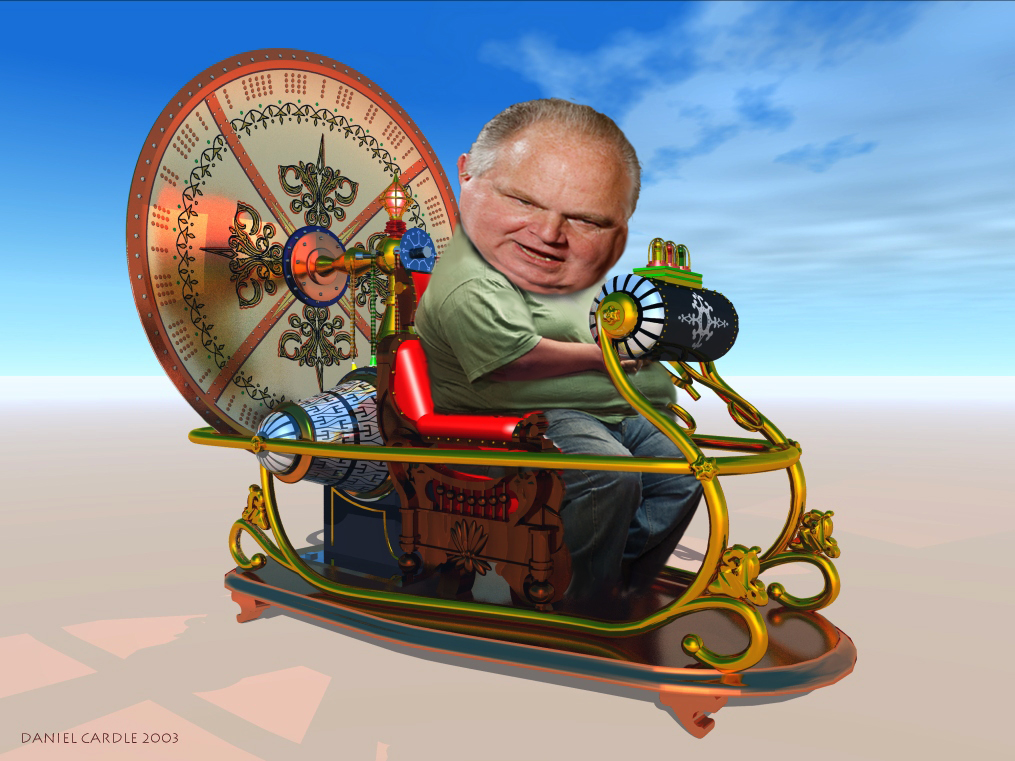 There were a couple of dramatic developments this week concerning two of the more diabolical Barack Obama time travel conspiracies.

The first concerns  the infamous Birther Conspiracy, designed to put a Kenyan born socialist in the White House, promulgated by the likes of the loony Orly Tate, Donald Trump, World Net Daily, and Arizona Sheriff Joe Arpaio. It goes something like this: After deciding to become US president and world dictator, foreign born Barack Hussein Obama travelled back in time and planted a fake birth certificate in an Oahu hospital, simultaneously planting fake birth announcements in two Hawaiian newspapers to satisfy the constitutional requirement of citizenship.

The second conspiracy theory, revealed just this week by The Great Bloviator himself, is designed to keep Obama in the Oval Office for another four years. (Failure to prevent another Obama term will enable him to cancel the Second Amendment and makes himself Muslim dictator for life. Just ask the NRA.) This latter conspiracy concerns—wait for it— the villain in the new Batman movie, The Dark Knight Rises, and Mitt Romney‘s Bain Capital.

As the Birthers were the pioneers of this crazy party,  we’ll let them go first.  Sheriff Joe , who likes to humiliate his prisoners by making them wear pink underwear, and who has never seen a Latino that he didn’t want to profile), ten months ago launched his own investigation after the Birther’s original time travel theory fizzled. Commissioning his own investigative unit he dubbed “The Cold Case Posse”  they went to Hawaii to uncover Obama’s deep, dark secret.  Well, the Posse has completed its work and this week announced the astonishing results.

TPM has the details:

For months, the sheriff has been promoting the fringe conspiracy theory of birtherism, which claims Barack Obama’s birth certificate is fake and therefore he is ineligible to be president. But Arpaio took it to a grand scale with his latest stunt, promising to reveal “shocking” information about the document.

What he and his “investigator” ultimately presented, however, was something less than shocking. They spun new webs of the conspiracy, alleging secret codes were hidden in the birth certificate and claiming they found an elderly witness who could decipher the cryptography. It was the latest tweak to a theory that has long been debunked but remains kept alive by small pockets of conservative activists and writers…

Mike Zullo, Arpaio’s volunteer “cold case” investigator…told the crowd of local journalists that he and the sheriff had been threatened and were possibly in danger for uncovering the information. He said Arpaio personally assigned an armed deputy to tag along with him on a trip to Hawaii in May to protect him from potential threats. Zullo showed photos of Hawaiian police cars that he said were sent to intimidate them as they sleuthed around the islands looking for clues.

“It’s time for this charade to stop,” Zullo said. He claimed a grand a coverup was afoot. “This is a real long time to be looking into something…Eventually something’s gotta give.”

We heartily agree. And being so agreeable, don’t we deserve a hit of that potent pakololo they’ve been smoking?

But even as one conspiracy theory door closes another window opens. Enter The Great Bloviator, who on his radio show this week seems to have engaged in a little time traveling of his own. His target: The Dark Knight Rises, a soon to be summer blockbuster created by the dreaded liberal Hollywood elite.

Batman’s latest antagonist is an arch villain named “Bane.” Notwithstanding that Bane made his first appearance in a 1993 Batman DC comic book (literally breaking Batman’s back in the Knightfall stories), and then in Joel Schumaker‘s 1997 film Batman and Robin, that didn’t stop Limpbot from firing up his personalized  time machine (outfitted with super duper heavy duty shocks) to pull back the veil on this brewing, election year conspiracy. 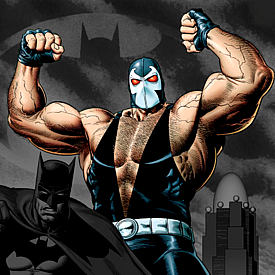 Media Matters has the transcript:

RUSH LIMBAUGH: Have you heard, this new movie, the Batman movie … Dark Knight Rises... Do you know the name of the villain in this movie? Bane. The villain in the Dark Knight Rises is named Bane. B-A-N-E. What is the name of the venture capital firm that Romney ran, and around which there’s now this make-believe controversy? Bain. The movie has been in the works for a long time, the release date’s been known, summer 2012 for a long time. Do you think that it is accidental, that the name of the really vicious, fire-breathing, four-eyed, whatever-it-is villain in this movie is named Bane?

And there’s now discussion out there as to whether or not this was purposeful, and whether or not it will influence voters. It’s going to have a lot of people. This movie, the audience is going to be huge, lot of people are going to see the movie. And it’s a lot of brain-dead people, entertainment, the pop culture crowd. And they’re going to hear “Bane” in the movie, and they are going to associate Bain. And the thought is that when they start paying attention to the campaign later in the year, and Obama and the Democrats keep talking about Bain, not Bain Capital, but Bain, Romney and Bain, that these people will think back to the Batman movie –“Oh yeah, I know who that is.” There are some people who think it will work…”

But not his ever clever army of appropriately named Dittoheads. Continuing:

RUSH LIMBAUGH  Others think — “You’re really underestimating the American people who think that will work.”

(Herein lies a key element of El Limpbot’s propaganda technique: Create a powerful liberal strawman; tear it down;  encourage his followers to vicariously share in that takedown; then reward them by, in this case,  granting them the contrasting, honorific title of  “others”, as in ‘other than those stupid, unpatriotic, socialistic  liberal fucks.’)

The very next day, Limpbot had to walk back his remarks, saying he got more flack over his Bane/Bain conspiracy theory than he did when he called Susan Fluke a “slut.”

Sidebar: Proving that Fux News takes its marching orders from the titular  head (ugh) of the GOP, its business news reporter Dennis Kneale, after analyzing some of the commercial aspects of the film, concluded his segment by asking:

‘Is it mere coincidence that the name of the villain is “Bane”, spelled differently than “Bain Consulting’ and ‘Bain Capital?’ Hmmm…”

Time will tell whether either one of these novel conspiracy theories will surpass the Kennedy Assassination’s Magical Single Bullet Theory, authored by former Pennsylvania Senator and GOP turncoat  Arlen Specter.

In the competition for the title of King of Teh Crazy, Rush Limbaugh has some stiff competition, from the likes of Glenn Beck, to name but one.  But for now, he’s definitely in the running.

UPDATE: It appears that Mr. Limbaugh might be on to something after all, as this clip from the movie posted by Conan O’Brien reveals.