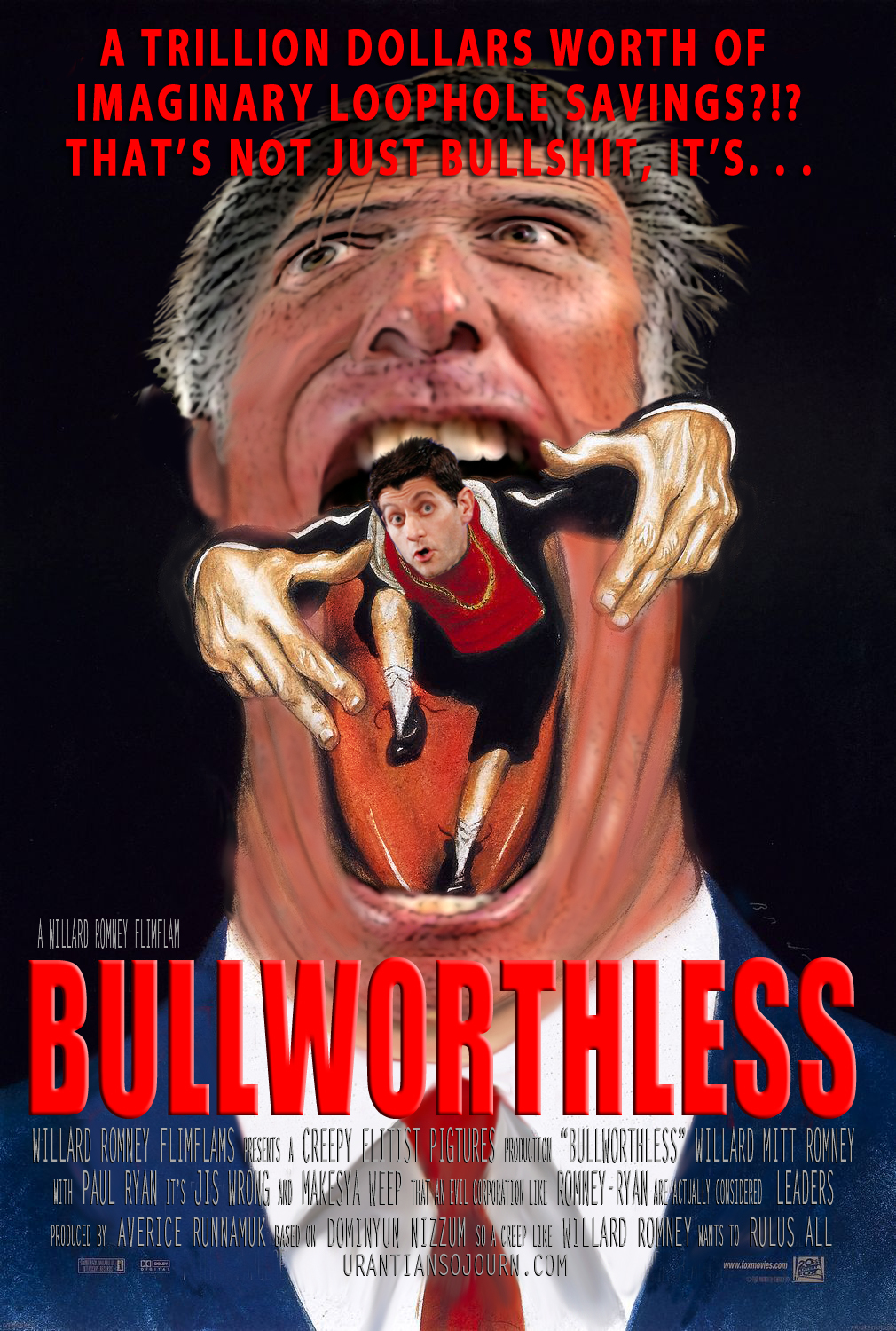 The body politic is organismal,* and like a human body, functions best as a whole. In a living organism, each cell is connected to each other, either directly or remotely through an electrical-chemical network of nerves and tissues. This collective intelligence represents a state of “we.” When an individual cell rebels from the “we state” and enters the “me state,”  we call that the Ayn Rand state, aka cancer.

No one better embodies this phenomenon better than the current GOP, most especially the two men at the top of 2012 ticket, Mitt Romney and Paul Ryan, a lifelong devotee of the Ayn Rand Cult, despite his recent, opportunistic denials. Mitt is estimated to be worth a quarter billion dollars, which puts him in the top .001% of wealthy Americans; while Ryan’s estimated net worth is $4.5 million, putting him in the top 5% (not bad for a man who’s entire professional career has been in the public sector.)

Notwithstanding that their personal wealth very much depended on the infrastructure provided by the commonwealth (including favorable tax laws), and notwithstanding that $10 trillion of the country’s $16 trillion debt was accrued during Republican administrations, R&R now want to reduce the debt through draconian budget cuts totaling some $5 trillion that would fall disproportionately on the middle class and the poor. Gee, that wouldn’t even cover the $6.8 trillion in expenditures that Ryan voted for before he voted against them.

In other words, they got theirs and the rest of us can just go fuck ourselves. What is it about the US Constitution’s preamble “We the people” and “promote the general Welfare” that these social Darwinists don’t comprehend?

The problem for their “solution” to reducing the debt and growing the economy can be summed up in one word, as Bill Clinton explained at the DNC convention: Arithmetic.

“The combination of stuff they’ve specified is not only impossible — it is impossible several times over,” said William G. Gale, the director of economic studies for the center-left Brookings Institution and a co-author of a definitive Tax Policy Center study on Mr. Romney’s plan, whose arithmetic the Obama campaign is citing.

In other words, you could close every tax loophole in sight, which collectively amounts to some $1 trillion, and still be $4 trillion short. So whose ox gets gored?

“Although Romney has not specified the tax expenditures he would eliminate, the ones that are most likely on the chopping block include: the mortgage interest deduction, charitable giving deduction, medical expense deduction, state and local tax deduction, child and childcare tax credits, education tax credits, Earned Income Tax Credit (EITC), exempting employer health insurance from being taxed as income, and the partial exemption of Social Security benefits.”

“These are extremely popular tax breaks, not just for the taxpayers who benefit directly from lower tax bills, but also from other parties who benefit indirectly such as charities and their constituents, or the home building industry,” according to the TPC study.”

Yesterday, on Meet The Press, Romney made a big show of telling David Gregory that, in all fairness, the rich are going to have some of their tax loopholes eliminated. You’d think that Gregory would have pointed out that, at the same time, they’d have their marginal rates reduced, resulting in a huge net tax cut, with the rest of us picking up the tab , about $2,000 per family:

But a recent analysis by the independent Tax Policy Center found that Romney’s plan would actually result in higher taxes for individuals and families earning less than $200,000 and $250,000 a year, respectively. At the same time, Romney’s tax plan would reduce the amount of taxes paid by high-income households, particularly those reporting earnings exceeding $1 million a year.

The Romney campaign’s greatest weakness, it’s lack of detail, is also it’s greatest strength, at least as it concerns undecided, low information voters. Up until now, the Rethugs have been able to count on the MSM to do what it does best: ignore fact checking Republican claims and confronting their lies.

Here’s hoping that worm has turned.

*From The Urantia Book:

There is original endowment of adaptation in living things and beings. In every living plant or animal cell, in every living organism—material or spiritual—there is an insatiable craving for the attainment of ever-increasing perfection of environmental adjustment, organismal adaptation, and augmented life realization. These interminable efforts of all living things evidence the existence within them of an innate striving for perfection.