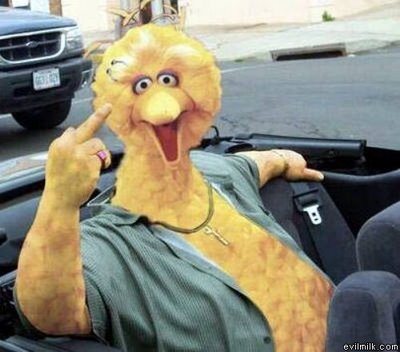 As the debate post-mortems flood in, the overwhelming consensus is that Willard Mitt Romney won, at least on style.  Charlie Pierce begins his critique of President Obama’s performance with a boxing analogy:

The thing is, if you’re going to play rope-a-dope, sooner or later, you have to come off the ropes and throw a punch. You bounce off the ropes and land the left and then the right over the top, and then the other guy goes out of the ring in a blanket. Otherwise, it’s just a way to get yourself punched in the stomach a lot. Along about the 48-minute mark of Wednesday night’s debate, it became clear to me that the president simply was not going to do that.

And, because of the president’s unaccountable lassitude — is it possible that the whole angry-black-man kerfuffle ginned up on the right on Monday got into the man’s head a little? — Willard Romney was able to portray himself as a firm, principled national figure of what passes for the rational center. I didn’t think that was possible.

In my view, a better metaphor would be a mixed martial arts match. Obama entered the cage with heavily padded 20 ounce boxing gloves while Romney opted for 4 ounce MMA grapplers that allowed him hit a lot harder and wrestle and pin O to the mat. As for the re-release Monday of a 2007 vid of Senator Obama delivering a public critique of the Bush Administration’s of post-Katrina aid to New Orleans, I do believe it was a deliberate attempt to get inside O’s head, muting his natural instincts to throw some elbows lest he conform to the angry black man racial stereotype that the right is always ready to smear him with.

Style issues aside, Mitt “make up a number” Romney offered nothing of substance. Unless his performance as a substantial liar counts. Big Orange has started to make a list:

When he claimed that “pre-existing conditions are covered under my plan.” They’re not.
When he said that President Obama had “cut Medicare by $716 billion to pay for Obamacare.” Obama didn’t.
When he denied proposing a $5 trillion tax cut. He did.
When he said President Obama had “added almost as much to the federal debt as all the prior presidents combined.” Not even close.
When he resurrected “death panels.” That was called “one of the biggest whoppers of the night.”
When he stated that half the green energy companies given stimulus funds had failed. Only if three out of nearly three dozen is half.

ThinkProgress uses a less confrontational term– “myths.” Some 27 of them delivered in a mere 38 minutes, to be exact. Romney’s biggest whopper remains his promise to balance the budget while raising defense spending by $2 trillion; and by extending the Bush tax cuts and implementing new ones that overwhelmingly favors the uber rich and corporations. Kaching-– add another $5 trillion debt to the US Treasury.

Now, Romney claims that it will all be paid for by cutting costs in discretionary programs (sans defense), and by closing tax loopholes and eliminating exemptions. But he has adamantly refused to identify which loopholes and exemptions he would eliminate. And the only cut out of the discretionary budget that he identified was to end the public subsidy of the Public Broadcast System, which includes among other programs, debate moderator Jim “call me a feckless whimp” Leher‘s Newshour, and Sesame Street.

If Big Bird becomes the main course for the Romney’s Thanksgiving spread, expect the appetizers to include Kermit frog legs, served up by a submissive staff of former educators: Ernie, Oscar the Grouch, and  Mrs. Sparklenose.

“I’ve voted to kill Big Bird in the past,” he said when asked about his position on the issue. “So, I have a record there that I have to disclose. That doesn’t mean I don’t like Big Bird. I mean, you can kill things and still like them, maybe to eat them, I don’t know.”