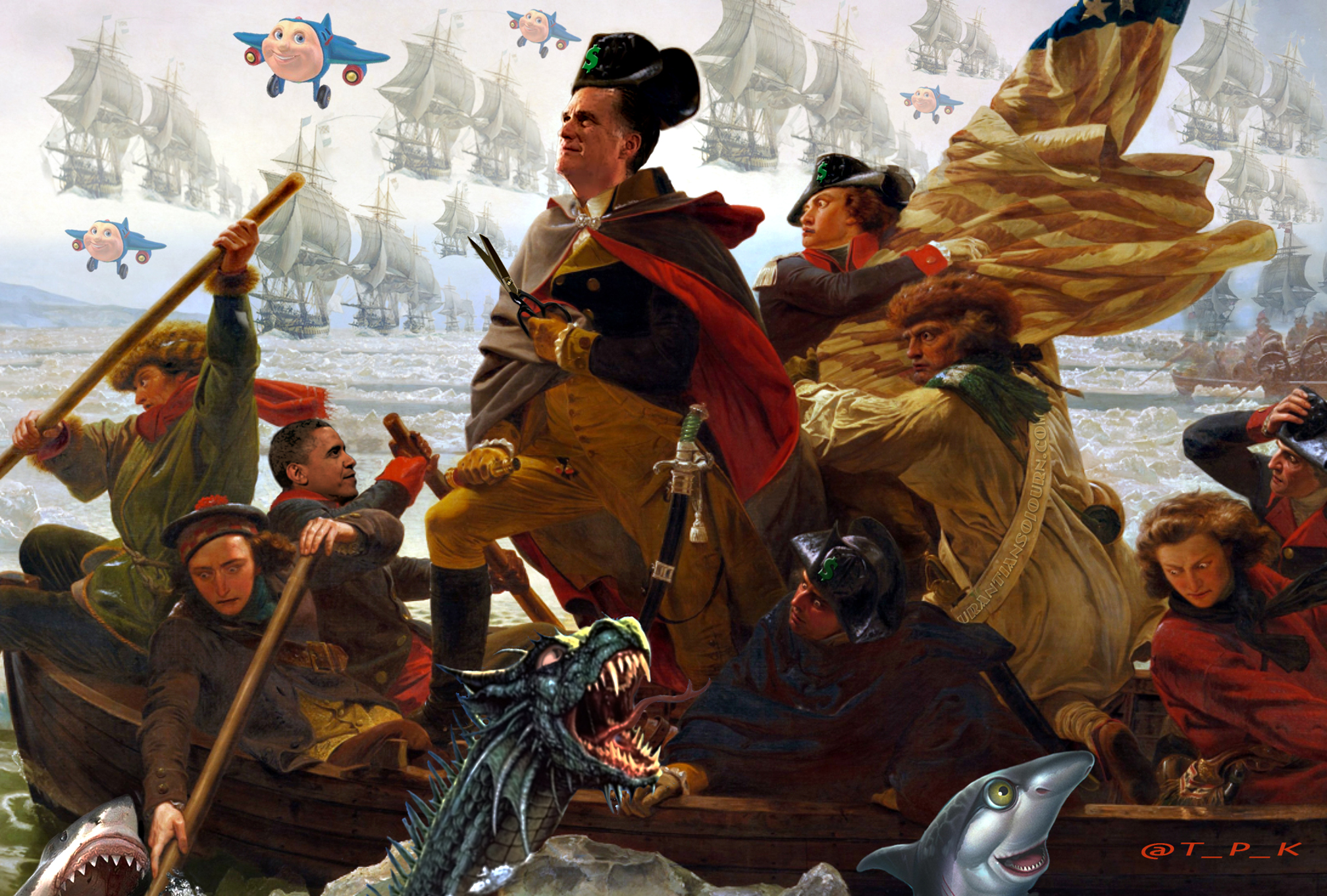 Fevered Dream #3:  THE CALM SLAVE¹
(To see the whites… of their eyes, you must click it.)

DURING THE EARLY DAYS OF WORLD WAR I, many soldiers began reporting an unusual array of medical symptoms after combat:  headache, dizziness, tinnitus, tremor, and often, amnesia.  By December of 1914, between 4% to 10% of all British troops were suffering from apparent nervous and mental shock.  But the actual term “shell shock” came into use somewhat later to reflect an assumed link between the symptoms being reported and the effects of explosions from artillery shells, bombs, grenades, and other munitions.

So when a Romney campaign adviser flippantly characterized Romney, a man who has never seen a moment of military combat, as “shell shocked” on the evening of his historic loss, I immediately recalled Ann Romney‘s concern about his “mental well-being.”  Had he really spent so much time in the Echo Chamber of the Right-Wing Entertainment Industry, listening to the endless barrage of alternate reality bullshit that he was dizzy, tremulous, and amnesic in the face of his sudden explosure* to reality?

Maybe the word the adviser should have used was “thunderstruck” or, better yet, the serviceable double entendre of “dumbstruck.”  Either way, Mitt’s shell shock will eventually give way to post traumatic stress, which digital pundits are sure to characterize as a series of “fevered dreams,” like the one pictured above.

Just remember:  the shark-infested waters and sailing ship skies of Mitt’s nightmares are far less damaging to we the people than his policies and predilections would have been.  And for that, we thank God.

[The] cleansing of the temple discloses the Master’s attitude toward commercializing the practices of religion as well as his detestation of all forms of unfairness and profiteering at the expense of the poor and unlearned.  This episode also demonstrates that Jesus did not look with approval upon the refusal to employ force to protect the majority of any given human group against the unfair and enslaving practices of unjust minorities who may be able to entrench themselves behind political, financial, or ecclesiastical power.

Shrewd, wicked, and designing men are not to be permitted to organize themselves for the exploitation and oppression of those who, because of their idealism, are not disposed to resort to force for self-protection or for the furtherance of their laudable life projects.
—The Urantia Book

* ex•plo•sure | ik’sploZHer |
1 the state of being exposed to sudden violent contact with something: the danger posed by explosure to reality