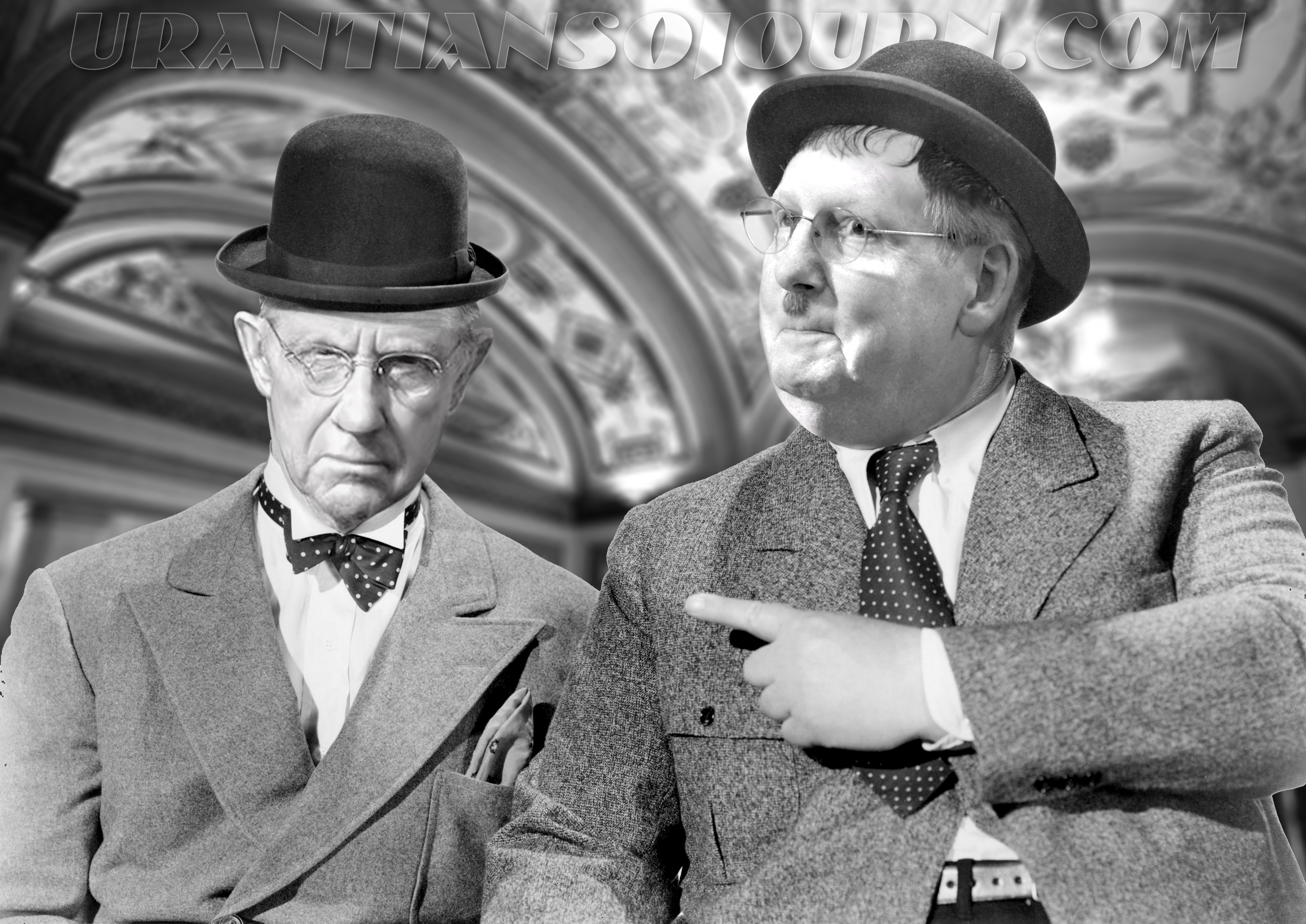 Another fine mess they’ve gotten into

Senate Minority Leader Mitch McConnell (R-KY) on Tuesday starkly warned Majority Leader Harry Reid (D-NV) not to eliminate the filibuster on presidential nominations, threatening to end the 60-vote threshold for everything, including bills, if he becomes the majority leader. “There not a doubt in my mind that if the majority breaks the rules of the Senate to change the rules of the Senate with regard to nominations, the next majority will do it for everything,” McConnell said on the floor.

Let’s roll the tape back to last January, when the new Senate, vis a vis the the 2012 election, was seated. At that time, which correlated with a 2 year cycle governing Senate rule changes, Reid could have proposed any rule changes that he wanted, including all cloture matters, and implemented them via a simple (non-nuclear) majority vote, which the Dems would have won hands down.

Instead, he was punked by McConnell, who promised to be a good boy and not abuse the 60 vote threshold re vital Senate business. Reid, a genuine conservative when it comes to protecting Senate tradition, took him at his word. Ya know, the Senate being “the greatest deliberative body in the world” and all that crap.

Now, I had always assumed that it didn’t matter what kind of handshake deal wanna be Senate Leader McConnell made with Reid. McConnell would junk tradition for even transient power. That’s just the way the modern GOP rolls. It was so obvious to me (and I assumed, other progressives) that I didn’t consider it worth posting about.

Sigh. But, alas, that time has come. I leave it to Big Orange blogger brooklyn badboy to do the honors. As he says, “the cat is out of the bag”:

Senate Democrats need to get this through their thick skulls: Republicans don’t give a shit about “Senate comity.” They’ve proven that time and time again. Nor do they give a shit about Senate traditions or the proverbial “one day it might be us” crap that Democrats box themselves in with. They will abuse the filibuster now and get rid of it completely when they get the majority. It doesn’t matter at all what Democrats do. Republicans are going to be Republicans. So let’s just end this ridiculous farce now and just get rid of the whole goddamn thing and restore majority rule as the Founders wrote into the Constitution. McConnell and the GOP certainly have the guts to do it. The question is, do the Dems?