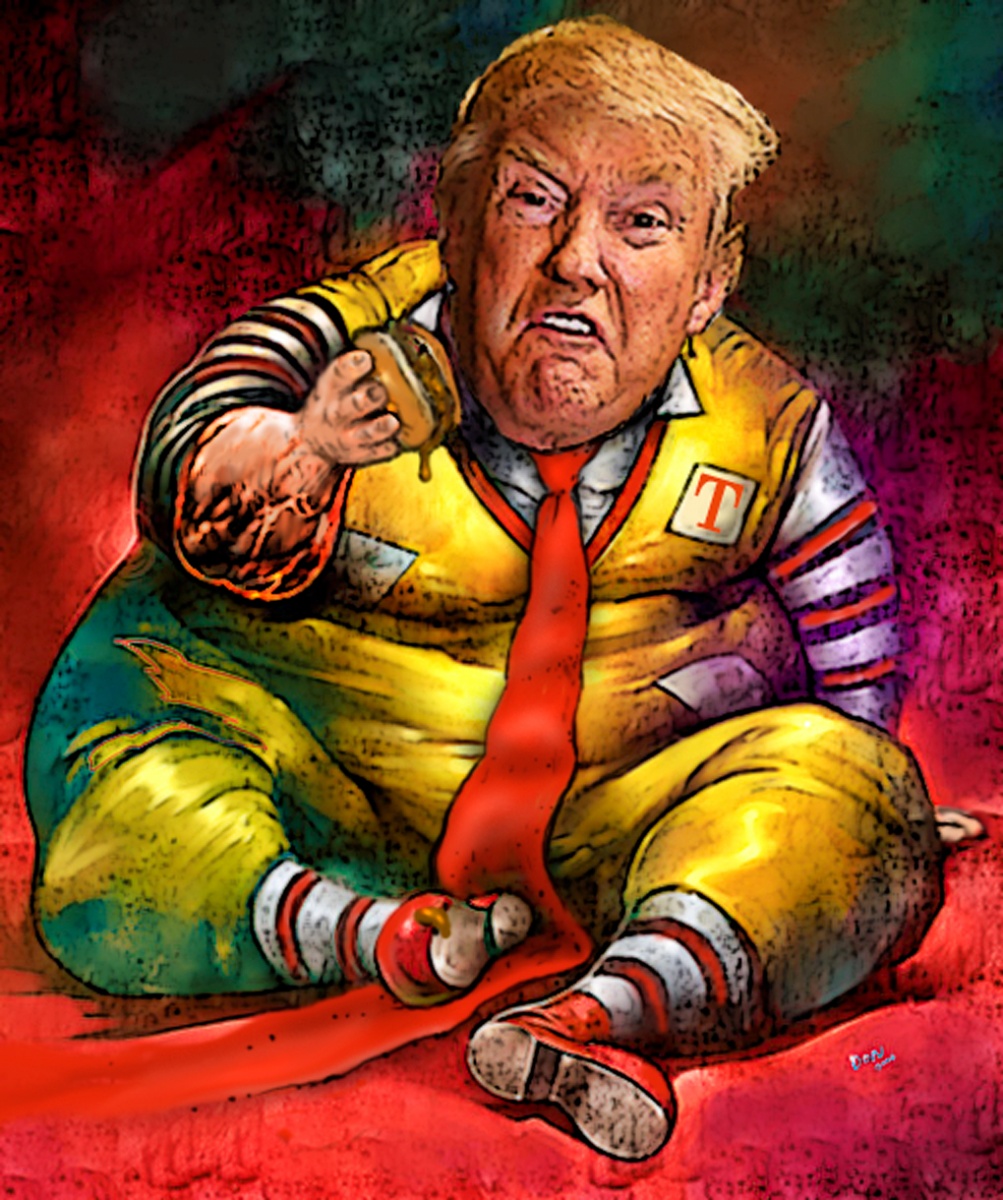 In the movie Pulp Fiction, Samuel L. Jackson takes a bite out of Brett’s tasty Big Kahuna burger, and washes it down with Brett’s tasty beverage. It’s just a scary little pretext for the violent destruction that is inevitable.  Well worth revisiting:

Really gets you wanting a big tasty burger, doesn’t it.  Maybe even for breakfast.

Back in the real world, narcissist bloviator, Donny Johnny Trump, is making an ugly snack of the GOP Nothing Burger.  Not only does it have no taste, it also has no accomplishments.  But it has turned many a stomach, and has made chaos in government the new normal.  As Trump slams down each bite— the most recent coming directly out of Mitch McConnell’s flabby butt— Republicans in congress realize they’re on the menu, too.  It’s all part of DJT’s new “love and hate” message:  one minute he loves you, the next he hates you.  You may gag, but you have to love it— or else.

And now that Trump’s base of fear-addled, hate-filled, fake-information, deplorable dittoheads and loonies has become indistinguishable from the fear-addled, hate-filled, fake-information, deplorable Faux Noise faction of the GOP, you’ll soon be able to wash all that crazy down your gullet with the tasteless elixir of a brutal new world;  a world that is threatening Americans with a new and improved civil war, if and when our Congress finds it necessary to impeach Donny Johnny.

Some day soon the party of Greed, Oppression, and Perfidy, and the tyranny of the evil men that made it, will have been turned into what every nasty burger turns into.

Ultimately it’s not really about the burger;  it’s about the “furious anger” and subsequent “vengeance” which is about to be visited upon the heads of those who have ignored the noble tasks of finding the “lost children”, and taking care of their brothers;  all their brothers, and sisters.

“The path of the righteous man is beset on all sides by the iniquities of the selfish and the tyranny of evil men.
Blessed is he, who in the name of charity and good will, shepherds the weak through the valley of darkness,
for he is truly his brother’s keeper and the finder of lost children.  And I will strike down upon thee
with great vengeance and furious anger those who would attempt to poison and destroy my brothers.
And you will know my name is the Lord when I lay my vengeance upon thee.”

And Donny the Bloviator?  Well.  He’ll keep right on poisoning the minds of those who follow him.
But in the end, I’m betting he’ll finally get to “know the name of the Lord.” 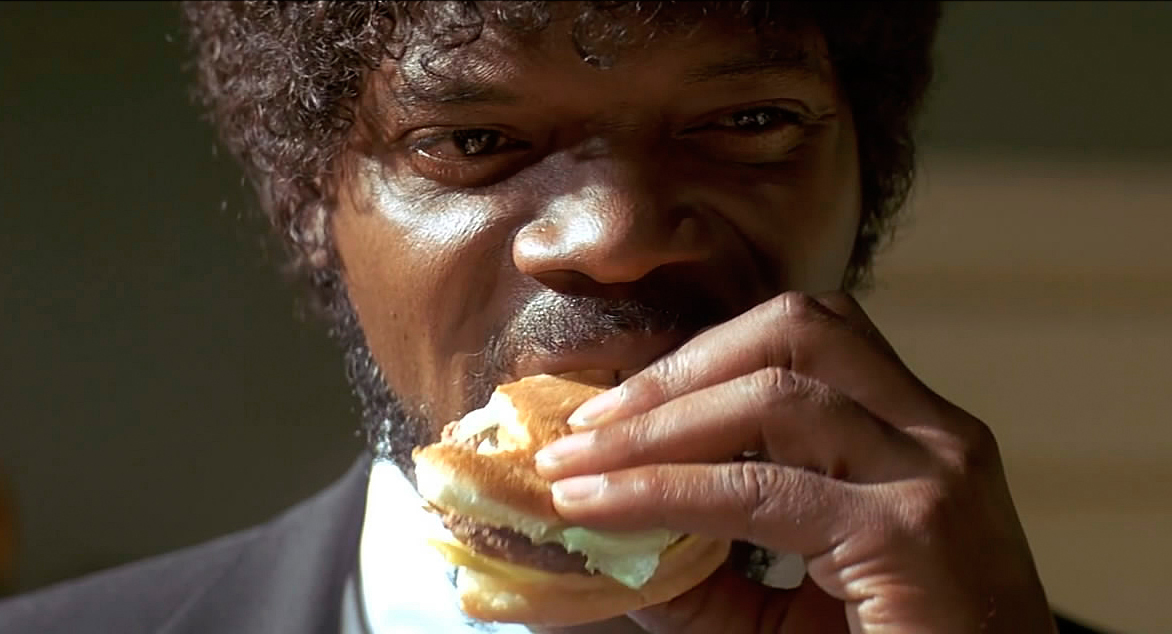