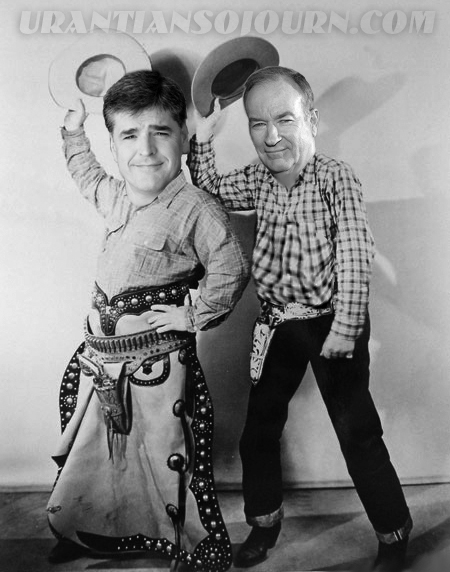 Sean “Horse Apples” Hannity and Bill “Tiny Gerkin” OReilly are two Irish Blagards who would love to see President Obama destroy America, just so they could say “I told you so.”  But if you can overlook that snit of insanity,  you have to admit, they’re just too cute not to like, aren’t they?
And check that melon on Sean!  Absolutely hhhhuge.  No wonder the guy has trouble figuring things out;  he has twice the turf of an average nutbox to cover just to get to his memory bank.  Oh.  You probably noticed the creepy way they wear their guns.  Well that just goes with the territory partners.  They’re not cool;  they’re cute;  big difference. 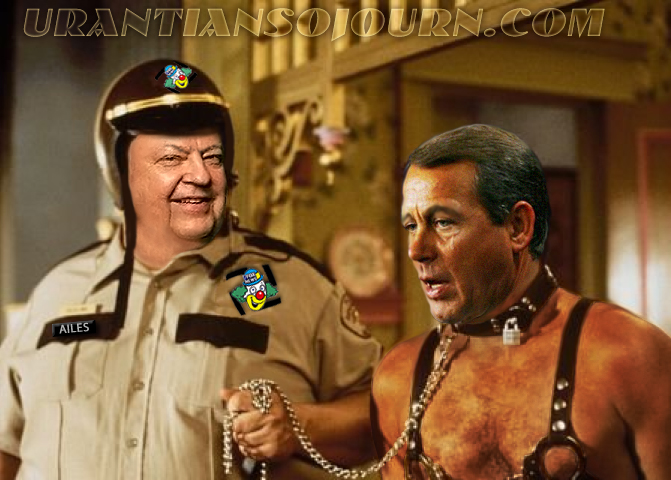 Now here’s something I ran across that’s not cute, or cool.  Yeah that’s Roger Ailes, head whore-to-culture-us at Fux News, in his work clothes, with one of his favorite lapdogs, John Boner.  And you probably thought Boner’s tan ended at his neck.  No way; the guy is down for the total airbrush special.  And don’t think for a second that alligator tear is any more real than all the others he spills on a weakly weekly basis. There’s a good reason he’s an emotional wreck, and it’s holding his leash.