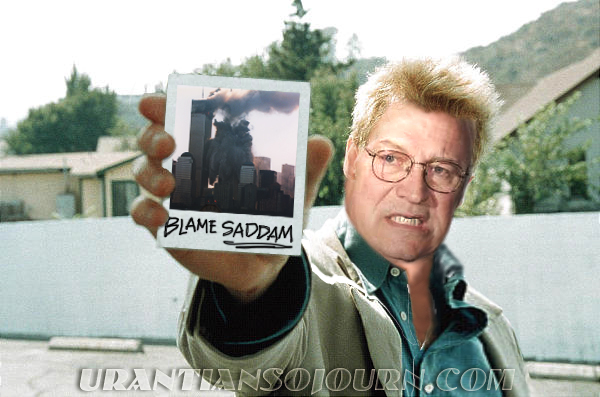 So where are you?  You’re in some motel room underground bunker. You just – you just wake up and you’re in – in a motel room bunker. There’s the key. It feels like maybe it’s just the first time you’ve been there, but perhaps you’ve been there for a week, three months. It’s – it’s kind of hard to say. I don’t – I don’t know. It’s just an anonymous room bunker. —The Cheney Memento.

Inside Hollyweird reports that director Christopher Nolan has signed former vice-president Dick Cheney to star in a remake of his cult hit, Memento. Asked what inspired the project, the director of the last two Batman blockbusters replied: 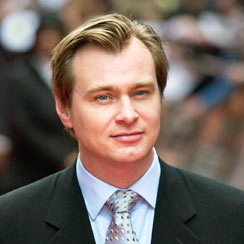 Listening to Cheney’s response to President Obama‘s national security speech. Cheney kept returning to the trauma of 9/11, mentioning it some 27 times.  It’s obviously come to define his world.  Yet he mentioned Iraq, the signature post-9/11 issue of his administration, only twice,  Afghanistan three times, and Pakistan and Usama bin Laden not at all.  The inability to remember events after a physical or emotional trauma is a classic symptom of anterograde amnesia, the condition which “Leonard,” the protagonist in the original Memento, suffered from.

Memento was nominated for an Oscar for best original screenplay and hailed by mental health professionals as an accurate portrayal of a rare psychological order.
Nolan continued.

As you’ll recall, Leonard believes he’s witnessed the brutal murder of his wife during a home invasion. He sets off to find the killer but is handicapped by his lack of short term memory. He compensates by writing notes to himself, taking photos, and tattooing information on his body— everything from vital clues, to which motel he’s staying at.

Eventually, we realize that he is actually the one who killed his wife, giving her an accidental overdose of insulin. Overwhelmed by guilt, he invents a false narrative of what happened.  He turns his anger outwards, seeking revenge against the imagined killer, murdering and beating up people along the way.  But because the story unfolds from his point of view, he becomes the classic unreliable narrator,  forcing the audience to sort fact from fiction.

And how does Leonard’s condition mirror Cheney’s?

In the remake, I envision Cheney suffering from an overwhelming sense of guilt due to the trauma of 9/11. You’ll recall that he was given the anti-terrorism portfolio a few months after W. took office. During that time,  anti-terrorism czar and Clinton holdover Richard Clarke was running around the White house with his hair on fire, warning about al-Qaeda intent to attack the homeland, including flying airplanes into buildings. But Cheney was too busy planning other things, like taking over Saddam‘s oil fields, I guess.

Anyway, with Flight 93 heading straight for D.C., a terrified Dick was dragged out of his office by amped-up Secret Service agents and thrown into the White House basement for his own safety. Because the president was flying around the country fearing he might be the next target, Cheney was given command responsibilities, including things like ordering civilian airliners shot out of the sky. In this conceptualization, it was all too much for him. He snapped.

Well, he was running the entire US national security apparatus during the Bush presidency.  He had a prodigious staff that provided him with constant updates of what was happening in real time.  Now that he’s out of power, those resources aren’t available and he compensates by constantly returning to the trauma of 9/11, just as Leonard constantly returns to the death of his wife to maintain a sense of continuity, of meaning. And because they are both in denial about their culpability in the original events, they create false narratives to rationalize their subsequent behaviors.

Leonard kidnaps an innocent man, Dodd, and renditions him to a motel closet and beats him to within an inch of his life. Cheney has innocent men kidnapped, renditioned and beaten and tortured. Both are responsible for the murder of innocent individuals. Both place their trust in people they consider friends but who turn on them– in Leonard’s case, Natalie and Teddy; in Cheney’s, George Bush who refuses to pardon Cheney’s right hand man, Scooter Libby.

Asked whether he envisioned this as a political thriller, Nolan replied:

Only in context.  I’m more interested in the dark side of human psychology, how trauma skews the human brain’s perception of reality.

Like young Bruce Wayne‘s guilt over the murder of his father and his subsequent need for revenge?

Right. Recall what Cheney said shortly after 9/11– that we would have to work in the shadows, on the dark side. Well, he worked the dark side alright and the rest, as they say, is history. We see the same psychological distortions in people who engage in torture. While they don’t have the physical scars of their victims, they do share their psychological scars, and it changes their behavior accordingly.

Asked about whether he was concerned about Cheney’s lack of film acting experience, Nolan replied:

Not at all— the man’s a natural.  Anyone who can lie as convincingly he can, for instance when he claimed that there was “no doubt” that Saddam was busy making nukes; that Saddam had helped al-Qaeda  bring down the World Trade Towers; that the US was safer for having invaded Iraq—  all that makes him a born method actor.  Hell, he even made his friend apologize after he shot him in the face!  Now that’s an actor who can sell it.

Filming is expected to start next spring.