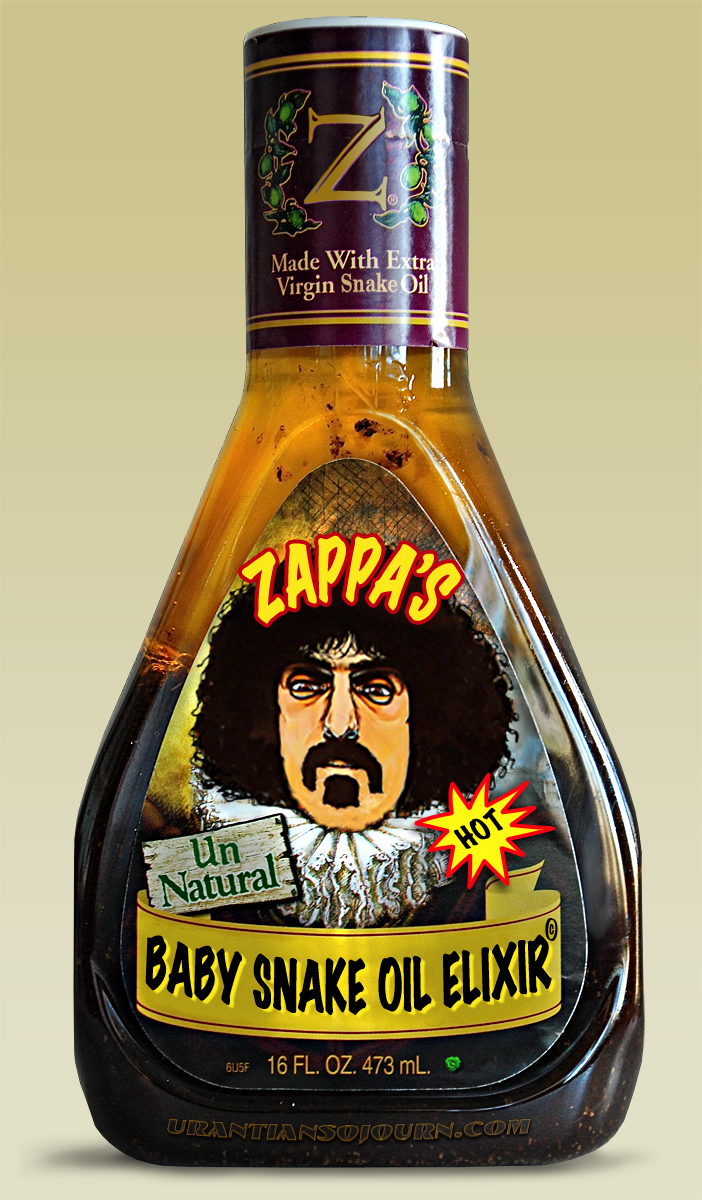 Snakes are not my thing. Especially baby snakes, which are impetuous and aggressive, and don’t hesitate to slither right up your fucking nose without an invitation.  So when I first spied me some ZAPPA Baby Snake Oil Elixir on the Automotive Supplies shelf at my local Piggly Squiggly, I was reluctant to make the purchase— even as its zooty allure was wending its way up my nasal cavities, where it stroked my olfactory nerves like a nasty leprechaun.

Examining the bottle more carefully, I realized there was no prescribed usage for the strange elixir, and the bizarre list of ingredients (Sekrit Elixir?) only added to the now palpable desire to get this chunky dark amber liquid home and slather it on some sleazy pancakes, a frozen exhaust header bolt, a wart, a dozen gray attorneys, or even a load of stubborn grass stains.  Maybe this stuff could cure my asthma.  And it wasn’t as easy as you might think to dismiss the notion of drinking the whole damned bottle like sippin’ whiskey. 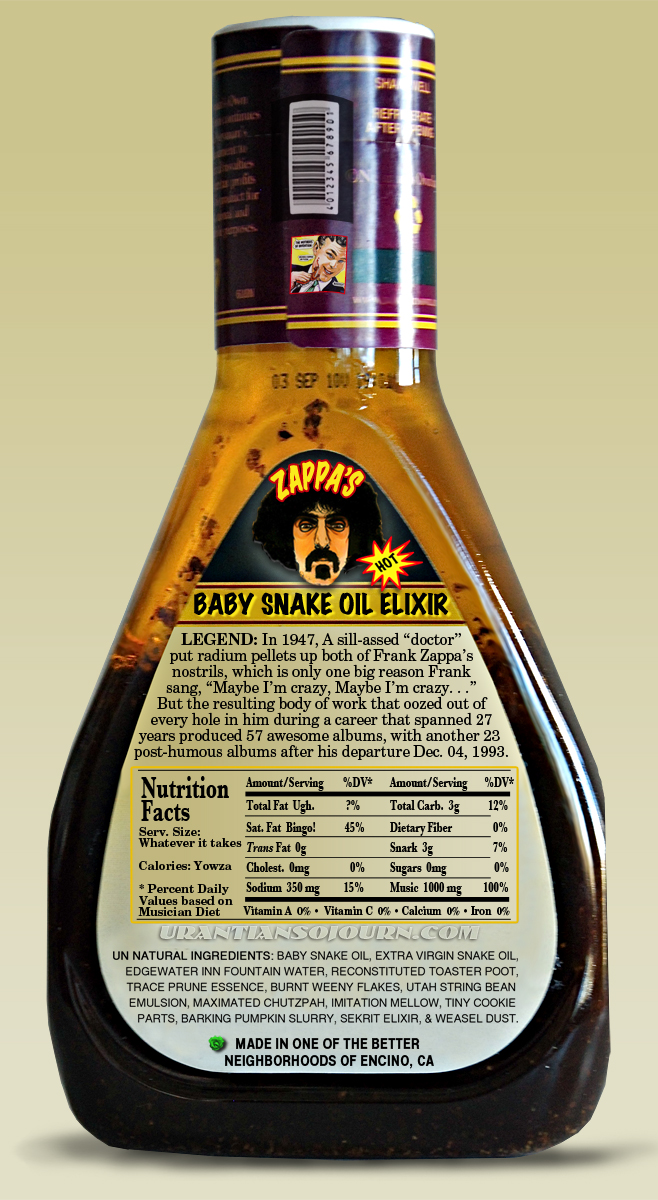 There’s no way to prove it, but more than likely Zappa’s fertile imagination was fired back in 1956 by the first telecast of the use of a substance like Baby Snake Oil Elixir:

What a World!  What A World!

Was Frank’s whack imagination altered by the effect of the radium pellets up his snout?  Neighborhood Mustard gas poisoning? Who knows.  Whatever the factors responsible for the world of Zappa, one thing is clear, it will continue to inspire artists, musicians, highway patrolmen, Catholic girls, latent appliance fetishists, and the creative imaginations of untold generations, as it reverberates throughout the highly ambient domains of the cosmos like. . . the quivering fringe of a special doily. . . like. . . the secret smut down your cracks. . . like Baby Snake Oil Elixir.