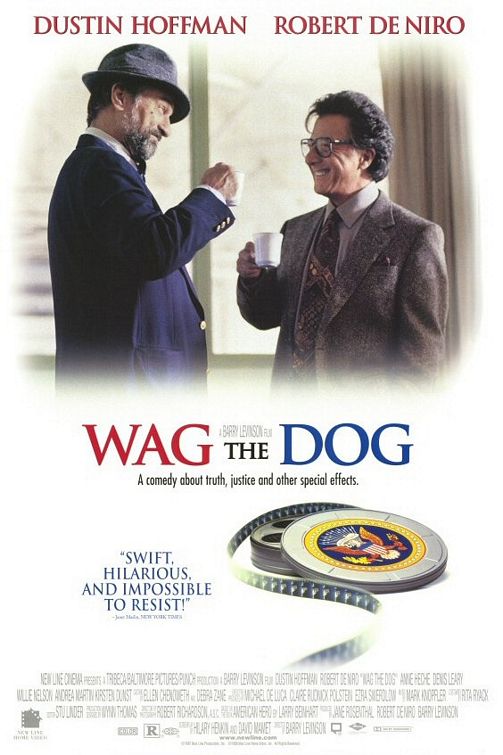 Larry Beinhart, author of the one of the most revealing and prescient political movies evah, Wag the Dog, compares the renewal of the Bush tax cuts with:

…driving your car off the cliff, paying a tow truck twice the price of the car to haul it back up, then driving it back over because your brother-in-law’s cousin’s friend told you this time it will fly.

It seems to me that this is going to be a political disaster for the Dems in the 2012 elections for a number of reasons:

1. While the income tax cuts continue for two years, unemployment insurance continues for only one. This gives the Rethugs huge leverage over continuing them beyond that, and the price they’ll demand will be geared to make the Teabaggers happy and themselves more electable.

2. What will be spun as OBAMA’s TAX CUTS will add another $200 857 billion to the deficit over <strike>two</strike> ten years. While it is obvious that the Rethugs are equally complicit at present, my guess that with the billions that will flow into their campaign war chests from unbridled corporate donations (the 2nd inning of the Citizens United ruling), it will be enfolded into their more general campaign of branding Obama as Mr. Deficit who’s stealing the future from our kids!

3. What is billed as the payroll tax “holiday” undermines the soundness of the Social Security trust fund by breaking down the wall between it and the general fund. This will make it less solvent in the long run, contracting the day that it reaches the threshold where outflow exceeds inflow by at least a decade. This is turn will fuel Rethug calls for its privatization.

4. Because of the way the payroll “holiday” is structured, workers will see a slight increase in their paychecks until Dec 2011. And just in time for the 2012 election year, those paychecks will contract accordingly. When they complain, they’ll be told: Thank Obama for raising your taxes! And the GDP will start to slide again as that stimulus is removed.

No doubt there are other landmines to be discovered in the fine print, which the Dems seem resigned to triggering through every fault of their own.