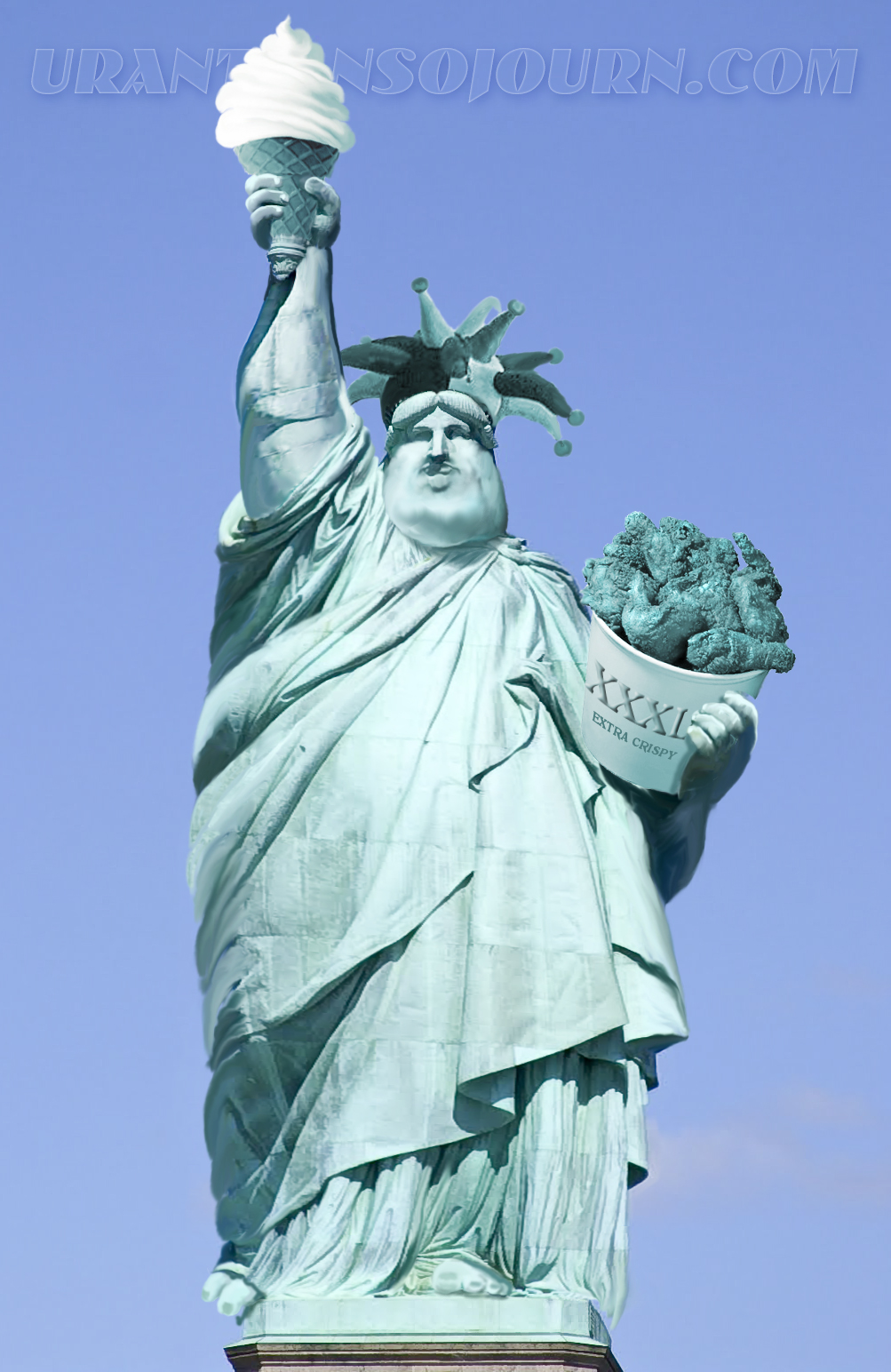 I STOPPED OFF AT A LARGE AREA MALL OVER THE HOLIDAY weekend to have some lunch and do a little shopping.  But I was simply not psychologically prepared for the experience I had there.

I saw fat people.  Vast herds of them.

Full disclosure:  Imma somewhat vertically impaired person (5′ 7″) with a more or less normal body mass (163 lbs— four pounds overweight according to the government’s BMI scale—), so it’s hard not to notice that most people, including many children, are bigger than me.  A LOT BIGGER.

When I first moved to Boulder, Colorado in the late ’70s, it was equally hard not to notice the inordinate number of attractive, fit, health-conscious people; both men and women, young and old.  Bike paths and hiking trails were thick with them, and in all age groups.  Sure, there were people who were obviously overweight, and you could see an occasional obese person on the street or in the grocery store, but in those days, the People’s Republic of Boulder clearly belonged to the über fit. 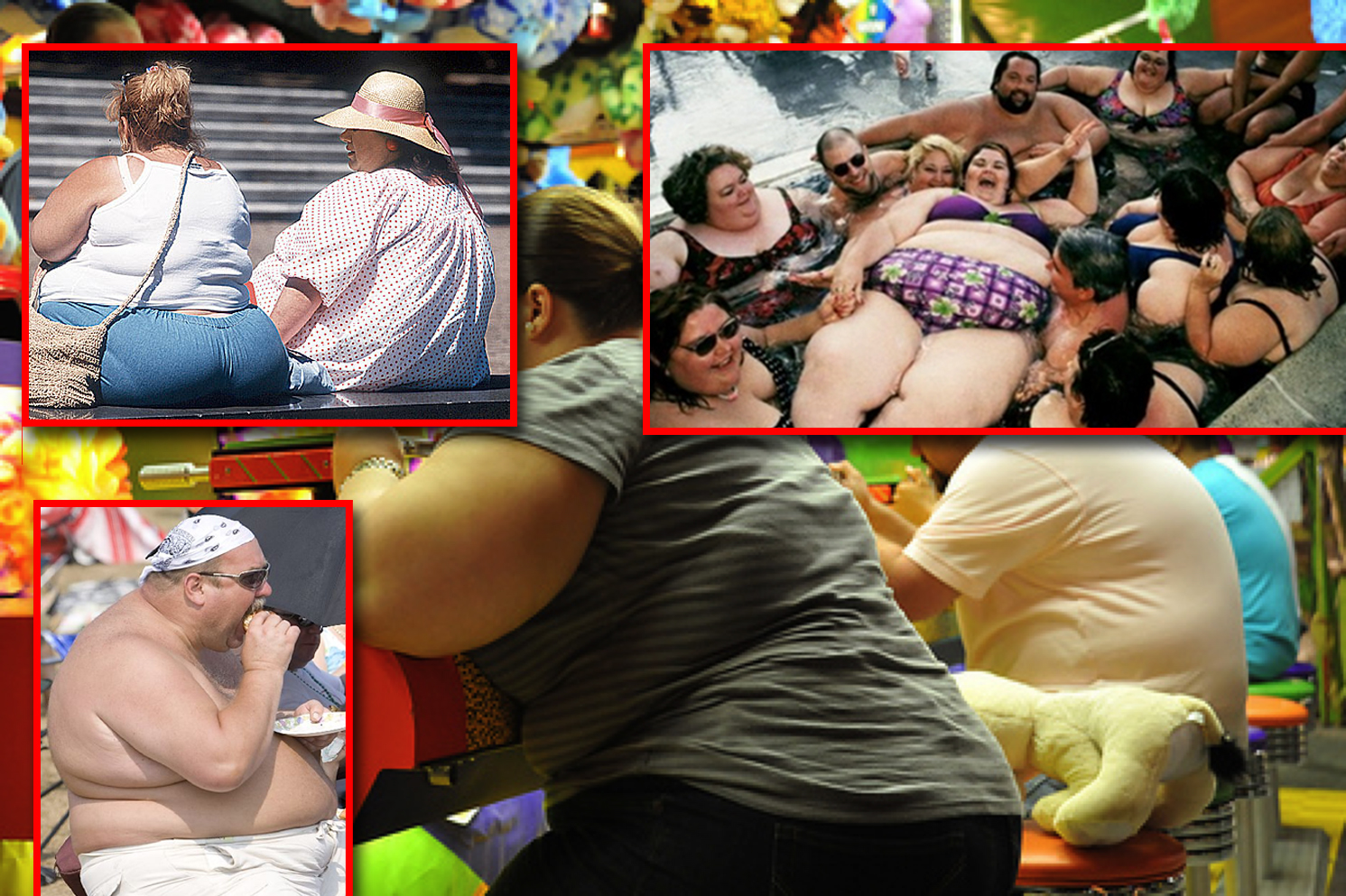 Since those days, an epidemic of obesity has grown up around us.  Still, Colorado remains the only state in the union whose population is under 20% obese.  But that number is misleading, because it reflects an obesity rate that grew faster from 1995 through 2008 (rising 89%) than the nation-wide average of 67%.  During that time, the percentage of Coloradans classified as obese almost doubled, from one in ten residents, to nearly one in five.

Of course the prevalence of obesity-related diseases has increased too, especially type II diabetes, which has more than doubled in Colorado in the past fifteen years, from 2.7 % to 6.0 % from 1993 to 2008.

Pretty much everyone agrees that the cause of this nation-wide epidemic stems from just two things:  eating too much, and exercising too little.  Those who are obese due to “glandular problems” make-up about 1% of the population.  That means weight gain for most people is the result of increased energy intake and decreased energy output. And the more weight a person gains brings with it a host of increasingly severe health issues that make managing it all the more difficult.

Unfortunately, the problem is much more complex than simply expecting severely overweight and obese Americans to diet their weight away.  Far too many of them are already at a stage where last resort treatment— stomach stapling— is their only recourse.  But that’s not going to help, either— there are a hundred million of them— way too many to operate on them all.

Like so many other things, this can also be boiled down to dollars.  It won’t be the sight of so many obese people everywhere that finally causes the government to act, but rather the insane amount of money it will take to just continue coping with the problem— let alone solving it.  Eric Schlosser in his 2001 book “Fast Food Nation,” states that the annual health care costs in the United States stemming from obesity already were approaching $240 Billion.  But the cost of just the coming diabetes epidemic alone in our country is going to be “astronomically” expensive.  As the baby boomer “bulge” waddles into their fifties and sixties, their increasing weight-related illnesses will completely implode our currently dysfunctional healthcare system.

To make matters even worse, there are asshats like Richard Rick Dick Berman out there confusing this issue under the guise of freedumb and liberty.

The Center For Consumer Freedom sez:

Their common denominator? They all claim to know “what’s best for you.” In reality, they’re eroding our basic freedoms—the freedom to buy what we want, eat what we want, drink what we want, and raise our children as we see fit. When they push ordinary Americans around, we’re here to push back.

That’s right, the CCF is “pushing back” against those who would tell you that you eat too much;  that you eat the wrong stuff;  or that you should ensure that your children are not becoming obese along with you.  If you watch Rachel Maddow, you’ve probably already been introduced to Berman. He’s the Dick who says it’s the minimum wage that’s keeping people poor, and that it needs to be abolished so they can lift themselves out of poverty.

He’s the Dickwad who was handed $900,000 from Phillip Morris to start the astroturf Center For Consumer Freedom, which tries to pass itself off as another grassroots bunch of “small businesses” concerned about “meddling bureaucrats” stealing your freedumbs by trying to tell you that gallon-sized sodas and gravy-covered curly fries every day is bad for you.  In fact, Dick took $200,000 from Coca-Cola  so that he can continue to say there is no “bad” food, and encourage you to manufacture outrage against anyone— including your doctor— who would dare try to tell you how or what to eat, in order to be healthier and avoid obesity.

I don’t quote the Bible much. But the concept of the human body as the “temple” of the spirit was put forth by Christ, and later Paul:

You must know that your body is a temple of the Holy Spirit, who is within— the Spirit you have received from God.  . . . So glorify God in your body.
—Corinthians

The Urantia Papers reiterate and expand this notion:

” …how unkind knowingly to defile or otherwise deliberately to pollute the physical body, which must serve as the earthly tabernacle of this marvelous gift from God. All physical poisons greatly retard the efforts of the Adjuster [Spirit] to exalt the material mind, while the mental poisons of fear, anger, envy, jealousy, suspicion, and intolerance likewise tremendously interfere with the spiritual progress of the evolving soul.”
—The Urantia Papers

Someday man should learn how to enjoy liberty without license, nourishment without gluttony, and pleasure without debauchery. Self-control is a better human policy of behavior regulation than is extreme self-denial. Nor did Jesus ever teach these unreasonable views to his followers.
—The Urantia Papers

Health, mental efficiency, and personal happiness arise from the unification of physical systems, mind systems, and spirit systems.  But when you truly know who and what you are, it is understanding our body is the earthly dwelling place for the Spirit of God that becomes the most compelling reason to take the best care of it you possibly can.  That means eating healthy food, drinking clean water, and taking reasonable exercise as a beneficial way of living life.

The psychological message broadcast by a body that is obviously out of balance is that you don’t care enough to take care of yourself.  Slightly more than 63% of Americans are overweight or obese.  That’s a staggering number, and it says we’re losing the battle against obesity and its attendant diseases.  But it’s not too late for you as an individual to take personal responsibility for your earthly vessel, and thereby, your spiritual well-being.

Our times are filled with tyranny, intolerance, gluttony, and drunkenness;  the weak incline toward excess and brutality.  The hour is striking for the rediscovery of the truth of our potential eternal nature, which has been with us from the beginning:

You are a distinct portion of the essence of God; and contain part of him in yourself. Why then, are you ignorant of your noble birth? Why do you not consider whence you came?  Why do you not remember when you are eating, who you are who eat; and whom you feed?  Do you not know it is the Divine you feed; the Divine you exercise? You carry a God about with you, poor wretch, and know nothing of it.
Epictetus, A.D. 50