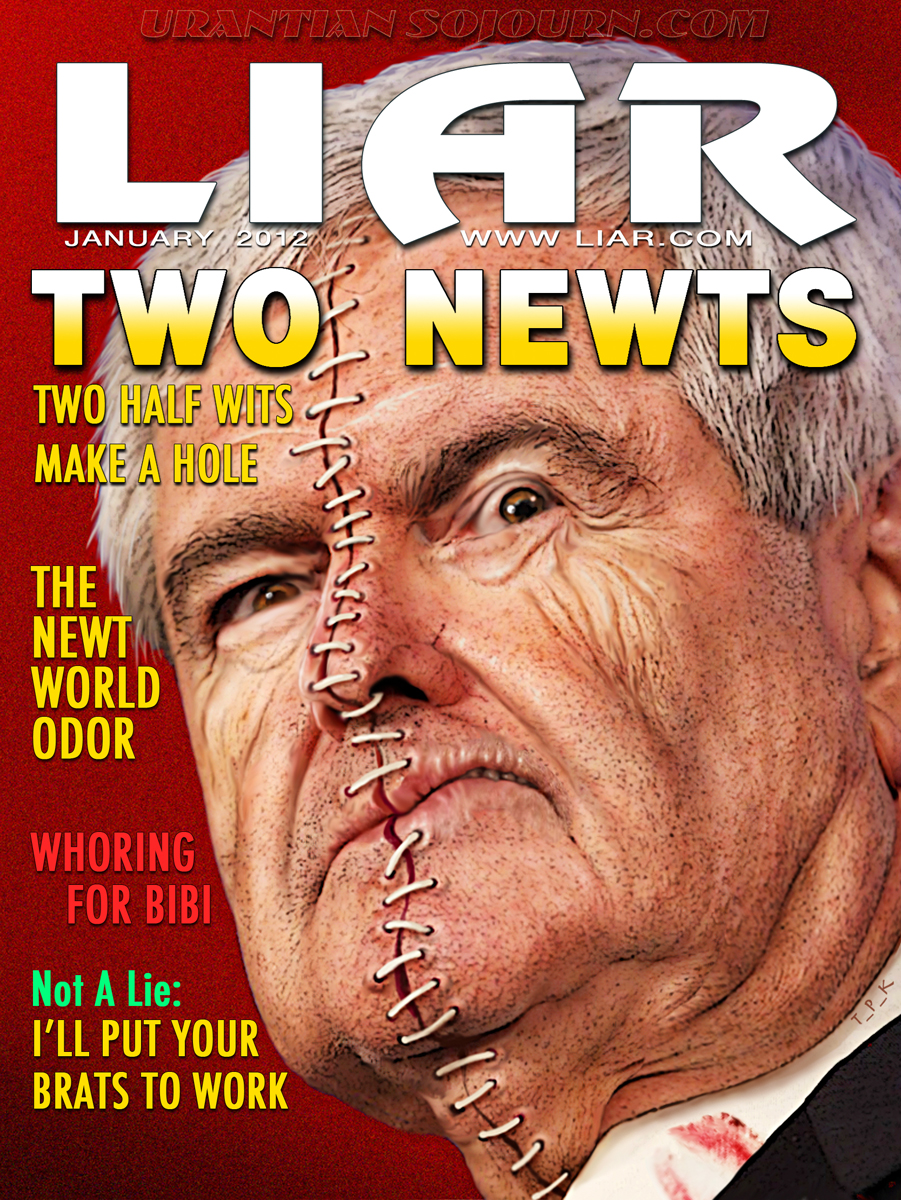 You cannot fashion a wit out of two half-wits.
—Neil Kinnock

What clever man has ever needed to commit a crime?
Crime is the last resort of political half-wits.
—Charles Maurice de Talleyrand

Our comrades in the United Socialist Postal Service can get lazy this time of year, so I was surprised to see my January copy of LIAR before the Holidays.  The gruesomely flaccid Newter on the cover sets the tone for what proves to be one of the most lie-packed issues yet, with complete transcripts of the last couple Republican debates; I guess it was easier than just editing out the “Uhs and Ums.”

Sure, The Tubster claims to be a Catholic now that it’s Callista‘s job as president of Gingrich Productions to keep his little man-toy from drying up and falling off.  And of course, there are plenty of amoral, Machiavellian religionists out there who approve of torturing their fellows for information, or pissing on the poor for purely political reasons;  The Newter just happens to be the amoral religionist with the biggest circumference.

When you have the blessing of being amoral, you can quickly cut through the emotional trappings of ethics and get right to the taint* of matters.  THE NEWT WORLD ODOR is a harrowing run-though of Newter‘s historically perverse roll-playing as a foreign affairs dilettantish flatulence igniter, typified by his recent admission that, were he president, he would unleash pitbull John Bolton to be our Secretary of State.  Get the Kaopectate ready, cause this mutt will scare the shit out of you. 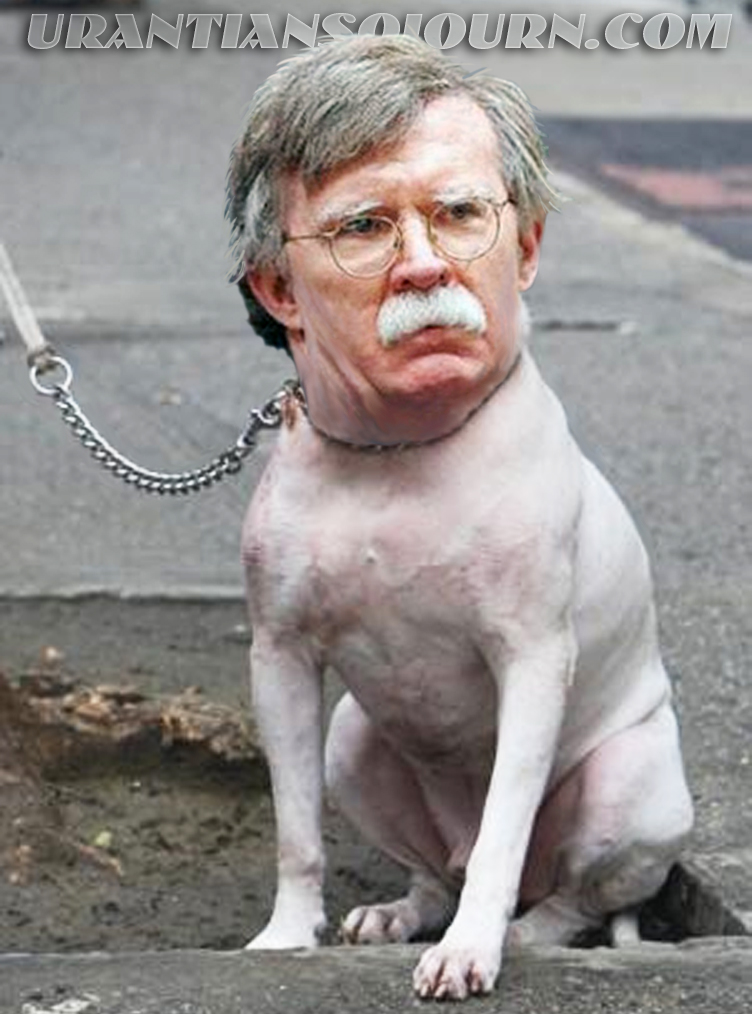 This sorry sonofabitch is Newt’s choice for Sec. of State; we’ve been warned.

But even scarier is yet another Newt, the one who specializes in WHORING FOR BIBI, and will do anything for Benjamin Netanhayu, including disenfranchising 2.5 million Palestinians from their own heritage by declaring them an “invented people.”   Groveling for Israel is a spectator sport in the GOP, and the clown car full of candidates all play at the professional level;  but Newter can kick all their asses in his his undergarments.

The amoral Newter has no qualms about prostituting his corpulence on behalf of a grateful Bibi.

I know by now you’re really wanting to hit that porcelain bus, but swallow hard and turn to I’LL PUT YOUR BRATS TO WORK.  It will be a refreshing change of pander from the amoral Newt‘s international racism to his domestic racism, directed at inner-city black youth;  you know, the ones who at age 12 still do not have “…a habit of showing up [for work] on Monday.”

The amoral Newt says “the primary purpose of a political leader is to build a majority.”  Because it takes a majority to get elected, and well, that’s a political leader’s primary purpose.  So if it turns out that majority is a bunch of amoral, racist assholes who don’t care about “parking lots,” but rather putting minority children to work scrubbing majority children’s poop off their potties, or making America Israel’s favorite ATM, then that’s what you talk about.

Now go puke your guts out.