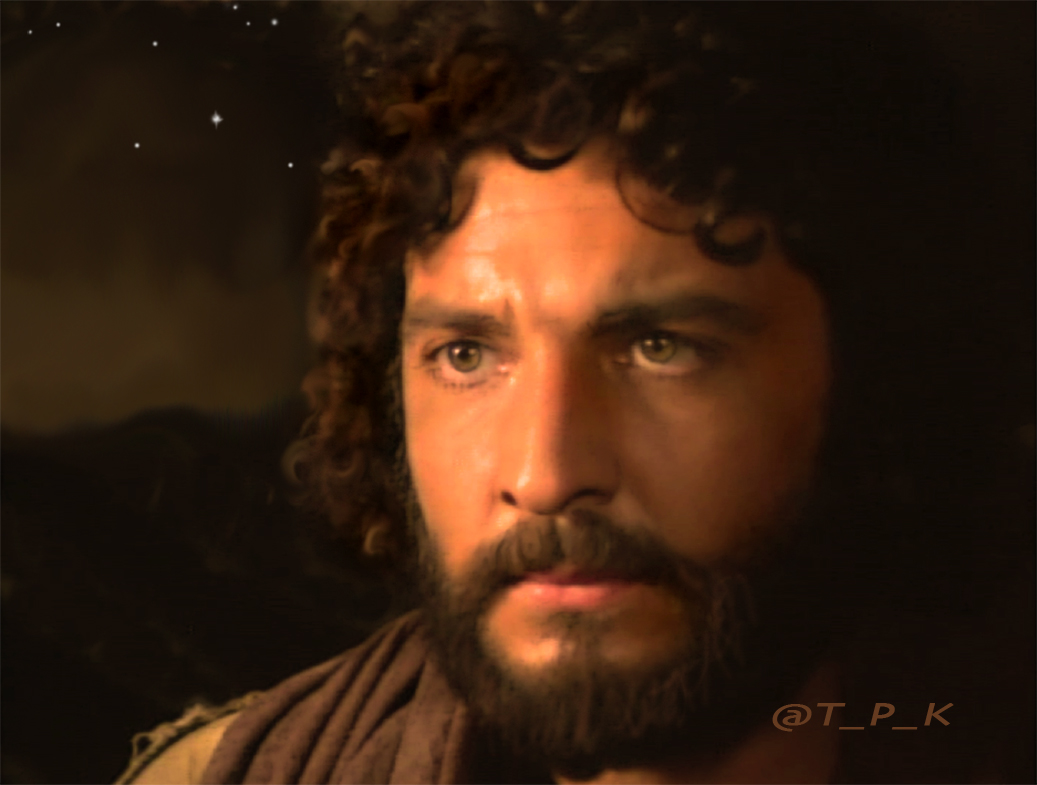 Jesus the Son of God was a man among men, and the men closest to him were twelve diverse, unique personalities of that day.  The Bible and apocrypha contain scant few historical insights concerning these men;  until the appearance of The Urantia Book in 1955, almost nothing was known about their personal natures, not excepting in some cases even their actual names.

This is the seventh of those apostolic accounts from The Urantia Book.  —ED.

Matthew, the seventh apostle, was chosen by Andrew.  Matthew belonged to a family of tax gatherers, or publicans, but was himself a customs collector in Capernaum, where he lived. He was thirty-one years old and married and had four children. He was a man of moderate wealth, the only one of any means belonging to the apostolic corps. He was a good business man, a good social mixer, and was gifted with the ability to make friends and to get along smoothly with a great variety of people.

Andrew appointed Matthew the financial representative of the apostles.  In a way he was the fiscal agent and publicity spokesman for the apostolic organization.  He was a keen judge of human nature and a very efficient propagandist.  His is a personality difficult to visualize, but he was a very earnest disciple and an increasing believer in the mission of Jesus and in the certainty of the kingdom. Jesus never gave Levi a nickname, but his fellow apostles commonly referred to him as the “money-getter.”

Levi’s strong point was his wholehearted devotion to the cause. That he, a publican, had been taken in by Jesus and his apostles was the cause for overwhelming gratitude on the part of the former revenue collector.  However, it required some little time for the rest of the apostles, especially Simon Zelotes and Judas Iscariot, to become reconciled to the publican’s presence in their midst.  Matthew’s weakness was his shortsighted and materialistic viewpoint of life.  But in all these matters he made great progress as the months went by.  He, of course, had to be absent from many of the most precious seasons of instruction as it was his duty to keep the treasury replenished.

Though Matthew was a man with a past, he gave an excellent account of himself, and as time went on, his associates became proud of the publican’s performances.  He was one of the apostles who made extensive notes on the sayings of Jesus, and these notes were used as the basis of Isador’s subsequent narrative of the sayings and doings of Jesus, which has become known as the Gospel according to Matthew.

The great and useful life of Matthew, the business man and customs collector of Capernaum, has been the means of leading thousands upon thousands of other business men, public officials, and politicians, down through the subsequent ages, also to hear that engaging voice of the Master saying, “Follow me.”  Matthew really was a shrewd politician, but he was intensely loyal to Jesus and supremely devoted to the task of seeing that the messengers of the coming kingdom were adequately financed.

The presence of Matthew among the twelve was the means of keeping the doors of the kingdom wide open to hosts of downhearted and outcast souls who had regarded themselves as long since without the bounds of religious consolation.  Outcast and despairing men and women flocked to hear Jesus, and he never turned one away.

Matthew received freely tendered offerings from believing disciples and the immediate auditors of the Master’s teachings, but he never openly solicited funds from the multitudes.  He did all his financial work in a quiet and personal way and raised most of the money among the more substantial class of interested believers.  He gave practically the whole of his modest fortune to the work of the Master and his apostles, but they never knew of this generosity, save Jesus, who knew all about it.  Matthew hesitated openly to contribute to the apostolic funds for fear that Jesus and his associates might regard his money as being tainted;  so he gave much in the names of other believers.  During the earlier months, when Matthew knew his presence among them was more or less of a trial, he was strongly tempted to let them know that his funds often supplied them with their daily bread, but he did not yield.  When evidence of the disdain of the publican would become manifest, Levi would burn to reveal to them his generosity, but always he managed to keep still.

When the funds for the week were short of the estimated requirements, Levi would often draw heavily upon his own personal resources.  Also, sometimes when he became greatly interested in Jesus’ teaching, he preferred to remain and hear the instruction, even though he knew he must personally make up for his failure to solicit the necessary funds.  But Levi did so wish that Jesus might know that much of the money came from his pocket!  He little realized that the Master knew all about it.  The apostles all died without knowing that Matthew was their benefactor to such an extent that, when he went forth to proclaim the gospel of the kingdom after the beginning of the persecutions, he was practically penniless.

When these persecutions caused the believers to forsake Jerusalem, Matthew journeyed north, preaching the gospel of the kingdom and baptizing believers.  He was lost to the knowledge of his former apostolic associates, but on he went, preaching and baptizing, through Syria, Cappadocia, Galatia, Bithynia, and Thrace.  And it was in Thrace, at Lysimachia, that certain unbelieving Jews conspired with the Roman soldiers to encompass his death.  And this regenerated publican died triumphant in the faith of a salvation he had so surely learned from the teachings of the Master during his recent sojourn on earth.