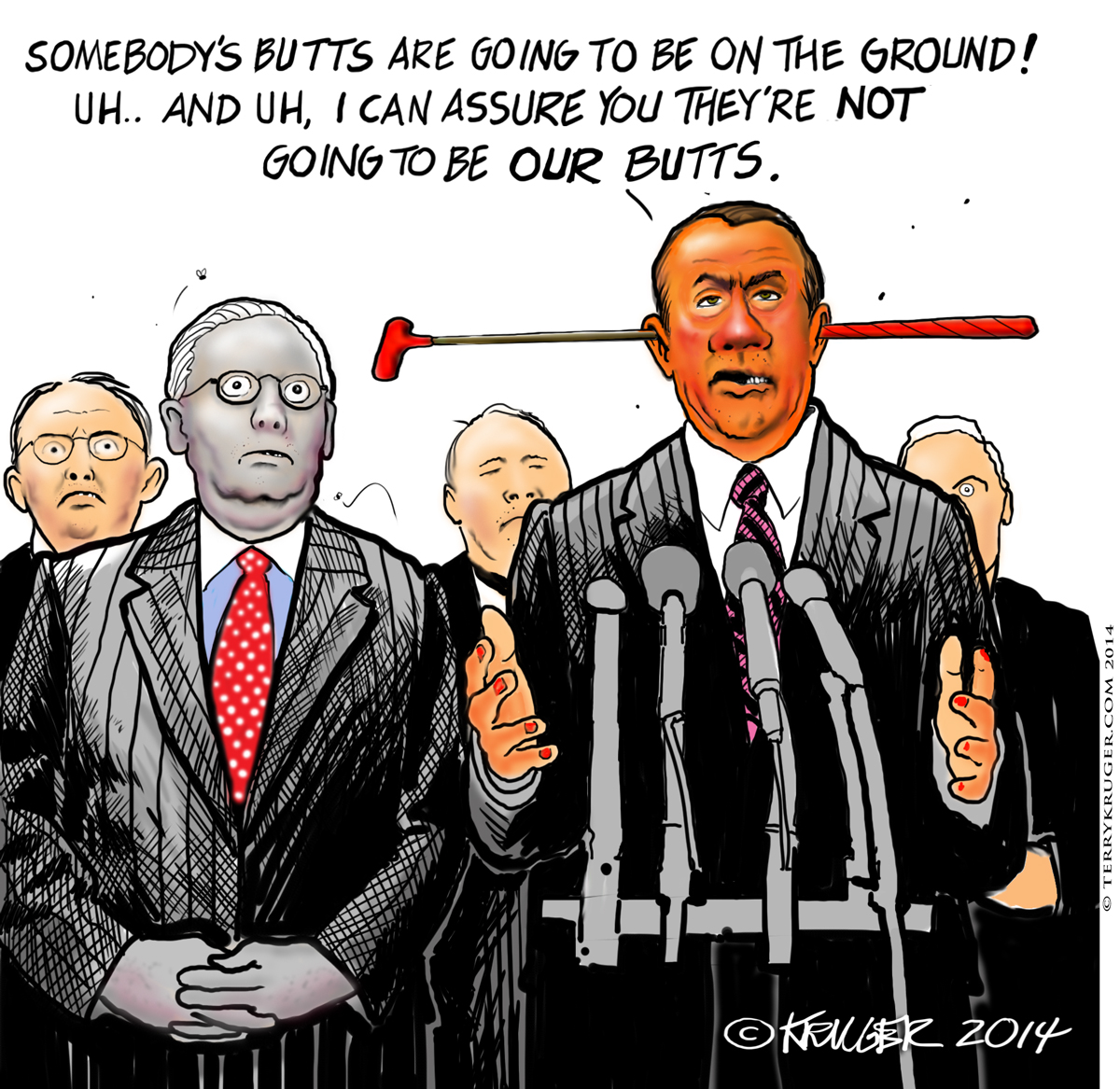 WASHINGTON—   House Putterer John Boehner (R-OH.M.G.) was ragging to the press earlier today about President Barack Obama’s strategy against ISIS, saying “butts on the ground” would be needed, because, well, that’s just how “we roll.”  He was reluctant to say just whose butts he intends to roll into harm’s way.

“At the end of the day, uh, I think it’s gonna take more than, uh, airstrikes and billions of dollars to drive them outta there,” Boehner said.  “At some point, somebody’s spawn has gotta get their butts blown off.”

“Listen, the president doesn’t want to do that, because he doesn’t have the stomach for killing, no matter what the reason.  But if I were the president, I probably wouldn’t have talked about what I wouldn’t do, or, uh, you know, what I might do.  Or even what I would do do.   But where I come from, War always means butts on the ground, so somebody’s butts have to be there.”

“So you would recommend putting American butts on the ground, then?” asked Aprop.

“We have no choice,” Boehner sobbed, dabbing away tears.  “These are Conan-like barbarians.   They said they wanna kill us.  So unless we all just wanna lay down and die, we’re gonna hafta pay the price and, uh.. send some more of your children’s butts over there to die.”