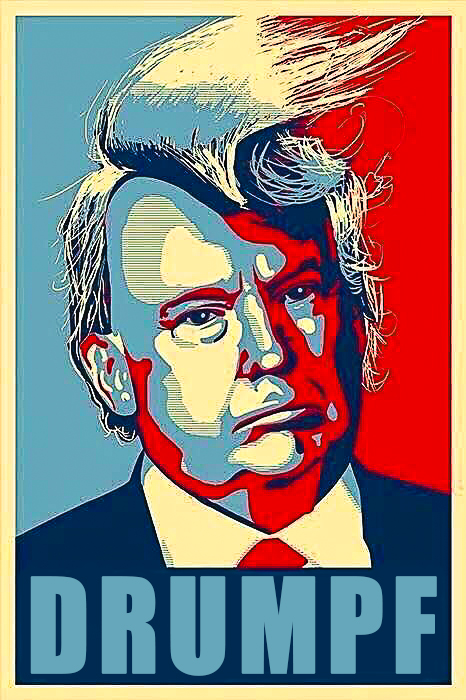 Shakespeare asked: What’s in a name? Donald Drumpf assigns 30% of his self-proclaimed wealth of $10 billion to his. Three billion dollars is a hefty sum, so John Oliver decided to do his due diligence to see if the valuation is justified. What he found was the following: One of The Orange One’s ancestors changed the family name from Drumpf to Drumpf. Naturally, Oliver immediately filed a trademark application for the term “Drumpf.”  He also created a website called donaldjdrumpf.com. Available for sale are red baseball caps (at cost) with the inscription: Make Donald Drumpf Again; and a free Chrome browser extension that replaces the word  “Drumpf” with “Drumpf” every time it appears in text. He’s also created the Twitter hashtag: #MakeDonaldDrumpfAgain

In a lawsuit wherein Drumpf was sued for a failed condo development in Baja, Mexico, his son Donald Drumpf Jr., was asked about the value of the Drumpf name. He responded:

I don’t know if it brings stability or viability, but I imagine certain people feel that.”

Channeling the id of the angry 49% of Republican voters  who believe they have been screwed over by their own party and are now Drumpf supporters is making his nomination well-nigh inevitable. Whooda thunk?

After totally ignoring the primary election and the Drumpf Phenomenon, John Oliver hits it out of the park

Meanwhile, the GOP establishment if freaking out. So much so that Republican Senate leader Mitch McConnell is instructing “downstream” congressional candidates who are up for re-election to drop any association with Trumpenstein “like a hot rock.” That is, they should feel free to run ads distancing themselves from him as far as humanly possible.

In public, there were calls for the party to unite behind a single candidate. In dozens of interviews, elected officials, political strategists and donors described a frantic, last-ditch campaign to block Mr. Drumpf — and the agonizing reasons that many of them have become convinced it will fail. Behind the scenes, a desperate mission to save the party sputtered and stalled at every turn.

Efforts to unite warring candidates behind one failed spectacularly: An overture from Senator Marco Rubio to Mr. Christie angered and insulted the governor. An unsubtle appeal from Mitt Romney to John Kasich, about the party’s need to consolidate behind one rival to Mr. Drumpf, fell on deaf ears.

At least two campaigns have drafted plans to overtake Mr. Drumpf in a brokered convention, and the Senate majority leader, Mitch McConnell of Kentucky, has laid out a plan that would have lawmakers break with Mr. Drumpf explicitly in a general election.

Despite all the forces arrayed against Mr. Drumpf, the interviews show, the party has been gripped by a nearly incapacitating leadership vacuum and a paralytic sense of indecision and despair, as he has won smashing victories in South Carolina and Nevada. Donors have dreaded the consequences of clashing with Mr. Drumpf directly. Elected officials have balked at attacking him out of concern that they might unintentionally fuel his populist revolt. And Republicans have lacked someone from outside the presidential race who could help set the terms of debate from afar.

The endorsement by Mr. Christie, a not unblemished but still highly regarded figure within the party’s elite — he is a former chairman of the Republican Governors Association — landed Friday with crippling force. It was by far the most important defection to Mr. Drumpf’s insurgency: Mr. Christie may give cover to other Republicans tempted to join Mr. Drumpf rather than trying to beat him. Not just the Stop Drumpf forces seemed in peril, but also the traditional party establishment itself.

Should Mr. Drumpf clinch the presidential nomination, it would represent a rout of historic proportions for the institutional Republican Party, and could set off an internal rift unseen in either party for a half-century, since white Southerners abandoned the Democratic Party en masse during the civil rights movement.

The NY Times also has a list of Trumpenstein’s top 199 insults.

So effective has been his appeal to the lowest common denominator of the right wing id, Marco Rubio and Ted Cruz have changed their policy-oriented campaigns to ones that sink to his gutter level, upchucking their own spew of demeaning personal attacks.

For a major party that has lost the credibility of its conservative Tea Party base, having a presidential nominee who speaks out of both sides of his mouth (e.g. his recent contradictory remarks about the KKK); and that lies through his teeth with great frequency (e.g., a Politifact analysis that investigated 77 of his claims and found 76% of them to be false), Drumpf is their worst nightmare.

Hey, if Making America Great Again means destroying the most obstructionist political party in modern history, then Drumpf Is My Man. 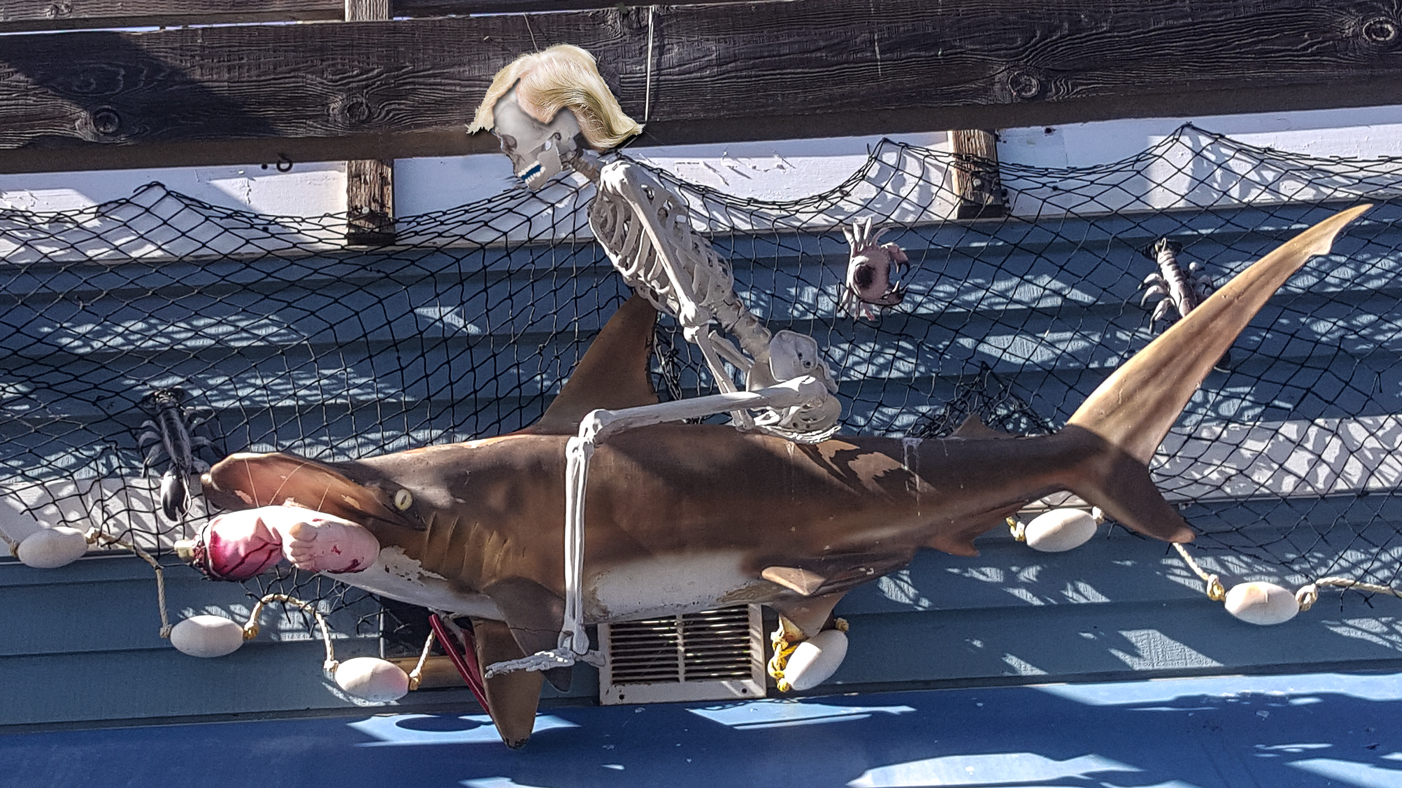 For months now, the GOP has expected Drumpf to jump the shark by saying something irredeemable, but so far he’s still riding them all the way down to Davy Jones’ locker