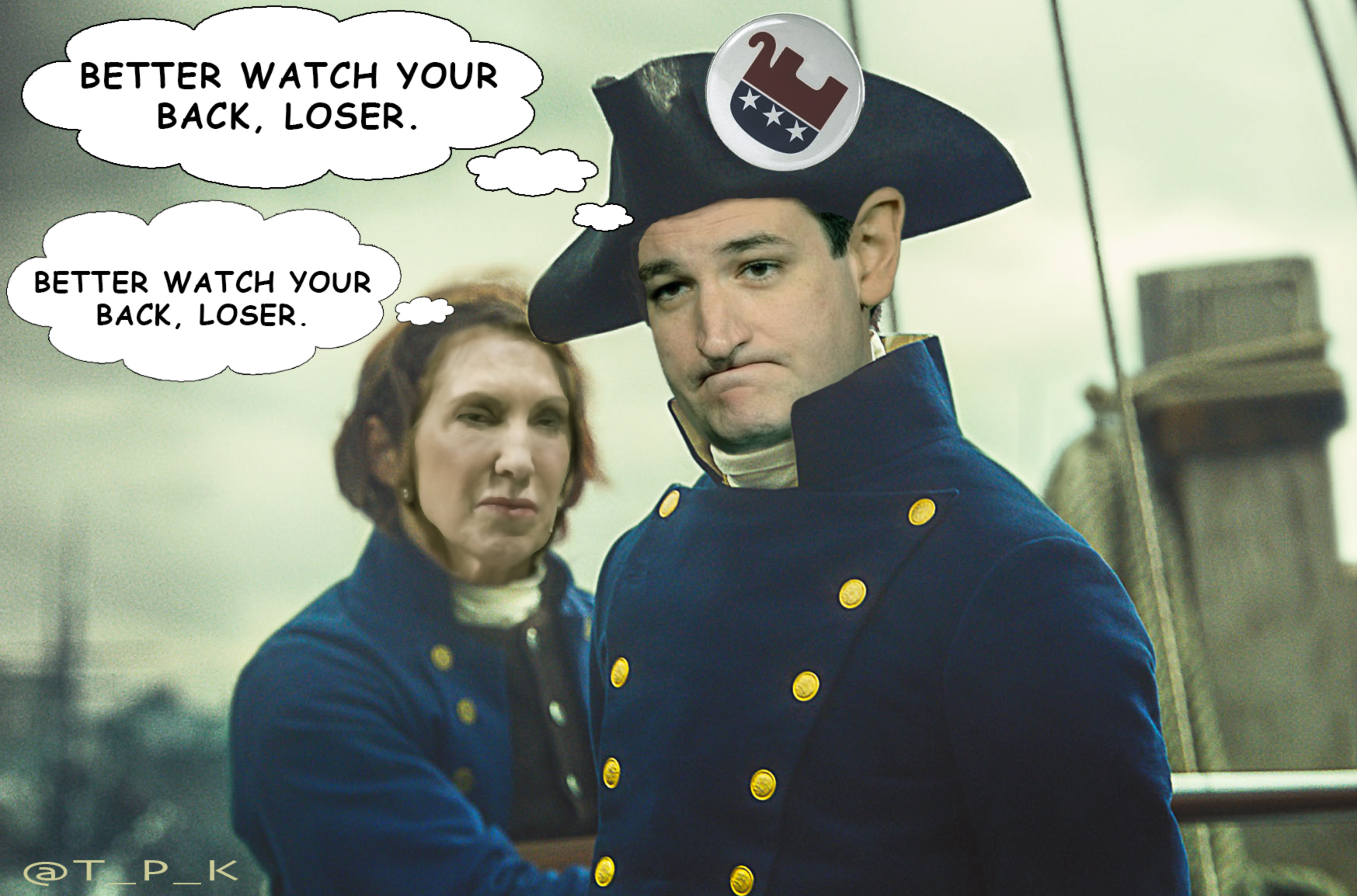 “A [Cap’n] loathsome to the eye, hateful to the nose, harmful to the brain, dangerous to the lungs, and in the black, stinking fume thereof, nearest resembling the horrible stygian smoke of the pit that is bottomless.”*

INDIANAPOLIS —  Thanks in some small part to the Trump Tramp Steamer, the S.S. Cruz be now wrecked beyond hope and sinkin’ fast.  But Cap’n Cruz whar picked by God hisself, says he, and ne’er would scuttle her in port.  And finagled, he did, a first mate [vice-president to ye lubbers] to come aboard, and she’s brought her entire treasure chest o’ sting videos with her;  Cap’n Cruz be a big Sting fan ya know.

Have ye heared the scuttlebutt of Carly Fiorina, forced to walk the plank on her last ship by a renegade bunch of mutinous shareholders?  That be just the bilge, says the Cap’n, from that “bilgey thing below floors” says he.   What really matters says the Cap’n, with a straight face mind ye— is how officers [corporate overlords to ye land buzzards] are beheld upon the poop deck— where they be leaderin’ the  ship to makin’ way.

But afore they hits the breakwater there whar ominous signs from the skulls, [that be “sailors” ye dirt-lubbers] who were gatherin’ round the capstan to spin yarns about the day she floundered the Hewlett-Packard and run’r aground, and tell tales of the Cap’n as a “miserable son of a bitch” and “Lucifer in the flesh.”

And it whar no accident says the bo’sun, but a womanly wile, what left in the Cap’n’s VCR for him to eye, a Bad Lip Readin’— and him thinkin’ it was a bloody “Sting video” of them evil baby-part sellers…  No mates, it won’t be long afore mutiny will be pourin’ out the scuppers fore and aft;  and the Cruz, she be slidin’ in to Davy’s locker. . .