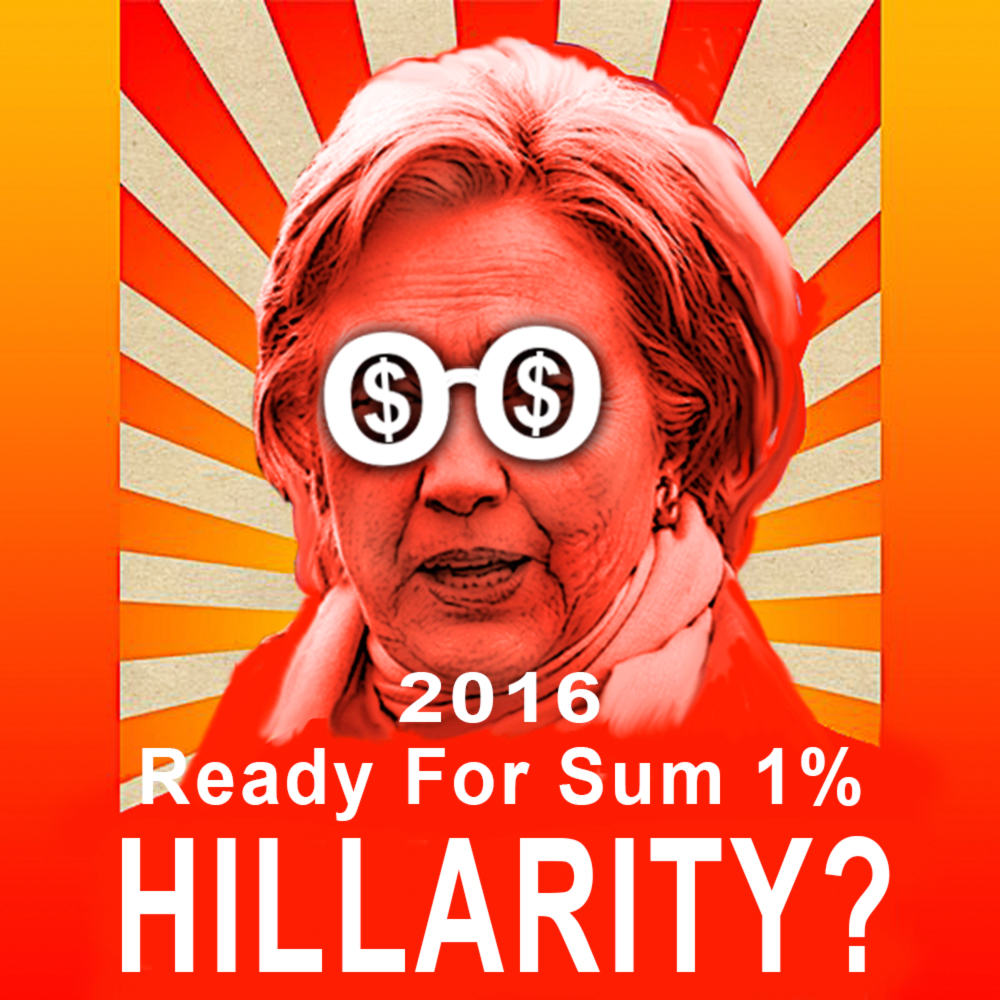 There’s been a gleeful sense of schadenfreude in the coverage churned out by left-leaning outlets in particular. How lovely it has been to watch the conservative movement’s house of cards fall into shambles!

The problem, of course, is that Republicans aren’t the only party facing an historic rift. Over the past two weeks, it’s become increasingly obvious that grassroots liberals are thoroughly disgusted by their own party establishment.

Yes, the Republicans are unconditionally fucked.  They must swallow their own vomit and nominate a rapacious pig of a candidate, or watch their rabid base literally burn their hypocritical asses to the ground.

But even as Bernie surges, the simpleton Dems (and they are legion) still look likely to nominate their very own One Percenter,  a shrill establishment harpy who is increasingly despised by the growing throngs who are championing her insurgent foe.

The reason [Bernie] keeps beating Hillary Clinton is because a huge portion of the electorate—particularly young voters—is yearning for the kind of explicit social justice he’s prescribing. To put it bluntly: he’s articulating a moral vision, not an electoral path to the White House.

You know— what the Democratic Party did when Franklin Delano Roosevelt offered voters a compassionate and responsive government that stood against the corrosive values of a capitalist theocracy, not to mention global fascism and a world war which killed 50 million people.

This is why a majority of Democratic primary voters not only identify as liberal, but believe that socialism has a (gasp!) positive impact on society.

The wave that senior statesman Bernie Sanders is trying to surf flows from a possible majority of democrats who no longer believe in capitalism as a guiding root of our economy or our politics.  And they can plainly see that Hillary Clinton is the Empress of the status quo—  and that she represents the democratic minting of crony capitalism.

The logic isn’t terribly subtle. If you raise funds from the financial and fossil fuel industries, or collect millions in personal fees for speeches to Wall Street executives, you are beholden to them.  As a rule, politicians don’t police their patrons.

In squaring off against Barack Obama, Hillary Clinton never had to face such stark questions about her own integrity, because both of them were willing to exploit the corruptions of the campaign finance system.  They passed for liberal, because they were the only options.

For the first time since the Great Society, a candidate has staked out authentically progressive positions:  bleeding private money from politics, reforming our criminal justice system, insuring education and health care as rights.  And paying for these programs by rolling back the massive tax breaks of the past few decades, and closing the corporate loopholes.

These solutions aren’t new, they’ve been intentionally obscured by an enormous cloud of corporate money and propaganda expressly intended to hide just how compromised our political discourse has become in the past four decades.

And one of the main reasons Bernie appeals to so many young voters is precisely because they have the most to lose by tolerating this Orwellian miasma of misinformation.

They are not victims of the Stockholm Syndrome that afflicts so many so-called “pragmatists.”  What young voters see is one party hell-bent on ravaging government so that plutocrats can run the show, and another devoted to a pattern of moral acquiescence.

To put it more affirmatively, Bernie Sanders hasn’t moved the Democratic base to the left. He’s revealed a base that has always been there, one that is tired of accepting “the lesser of two evils” as an electoral argument.

Berners— Sanders supporters— don’t just want somebody who can stand up to the greedy nihilistic bullies across the aisle, the very same white homophobic corporate lackies who’ve been cockblocking our first black president for the last seven years.  They want a leader who rejects the evil of moral decay embraced by the Democratic Party itself.  They want a leader with a clear vision of commitment to uncompromising moral and ethical truth.

Despite that appetite for change and hunger for truth, Hillary Clinton may still be the Democratic nominee, and may even manage to squeak by Donald Trump in what promises to be the ugliest fucking nightmare of an election you can imagine.  But beating a racist right-wing lunatic will do next to nothing to fix the moral fabric of our democracy, nor will it win the fight for the soul of our nation.

It’s going to take nothing less than a spiritual awakening for that.