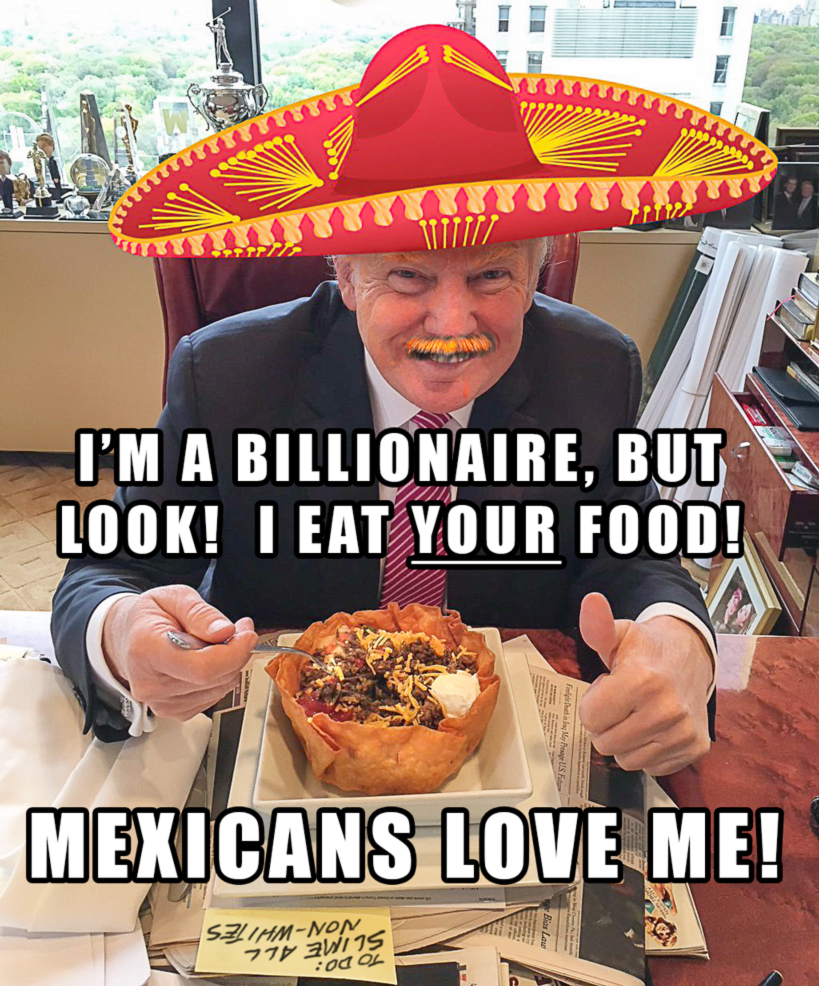 “I’ve said it many times, the good Mexicans love me tremendously, and I even
eat their food;  I’m great. Hispanic problem solved.”

TRUMP TOWER GRILL — This is a test:  How can you take a fried tortilla taco bowl and turn it into a self-administered hurricane-strength enema?  It’s easy, really:  have yourself photographed with a bowl full of hamburger helper in a taco bowl and then tweet to 6 million mouthbreathers that you “love Hispanics!”

So “TacoGate” is now a thing.

And while Rinse is whining about having to circle the republican wagons around presumptive wagonmaster Donald J. Trump, Speaker Paul Ryan gets caught speaking in front of media cameras and all he can say is “I’m not there yet” when it comes to endorsing his party’s candidate;  and yeah, after witnessing the same ten months of narcissistic assholery as everyone else in the nation with a teevee.

So Oops!  There goes the Senate!  If the highest elected republican in the United States isn’t ready to endorse, why the hell should you be, you floundering and utterly lost Republican voter?  Especially after the media asks your republican congressional representatives if Mexico is sending their rapists and criminals to America, and he stutters into the camera, “Well no, er, not all of them, I mean not at all, of course.”

Several elected bobblehead republicans who aren’t in a reelection battle this cycle are keeping Trump at arms length by saying they’re waiting to see if he will become more “presidential.”  (Not to mention the last two republican ex-presidents, Whoozit and Loozit.) Are you shitting me?  After ten months and billions of dollars worth of free national media, they can’t tell a serial liar misogynist xenophobic dickhead from an actual statesman?

Look. Just in case you are a Trump supporter who recently managed to free yourself from under the load of Trump dung that fell on you last summer, and you haven’t yet heard the news that Donald J. Trump has the highest unfavorables of any presidential candidate in the history of our nation, you may want to take a sedative and hear me out.

There are very good reasons every post about Donald Trump that shows up at Huffington Post ends with this Editor’s note:  Donald Trump regularly incites political violence and is a serial liar, rampant xenophobe, racist, misogynist and birther who has repeatedly pledged to ban all Muslims — 1.6 billion members of an entire religion — from entering the U.S.

That’s a quick way of summing up the nature of a base and ignorant “leader.”

Donald Trump must never be president.  Even though we have every right to be angry with the “base” of the Republican Party for being such complete and utter tools for the oligarchs’ propaganda (I’m looking at you Fux Noise, Limpbot, Alex Jerk-off Jones, etc.), the truth is that Donald Trump is so unqualified for public office— that the very fact you support him means that you are as much a part of the problem as he is. 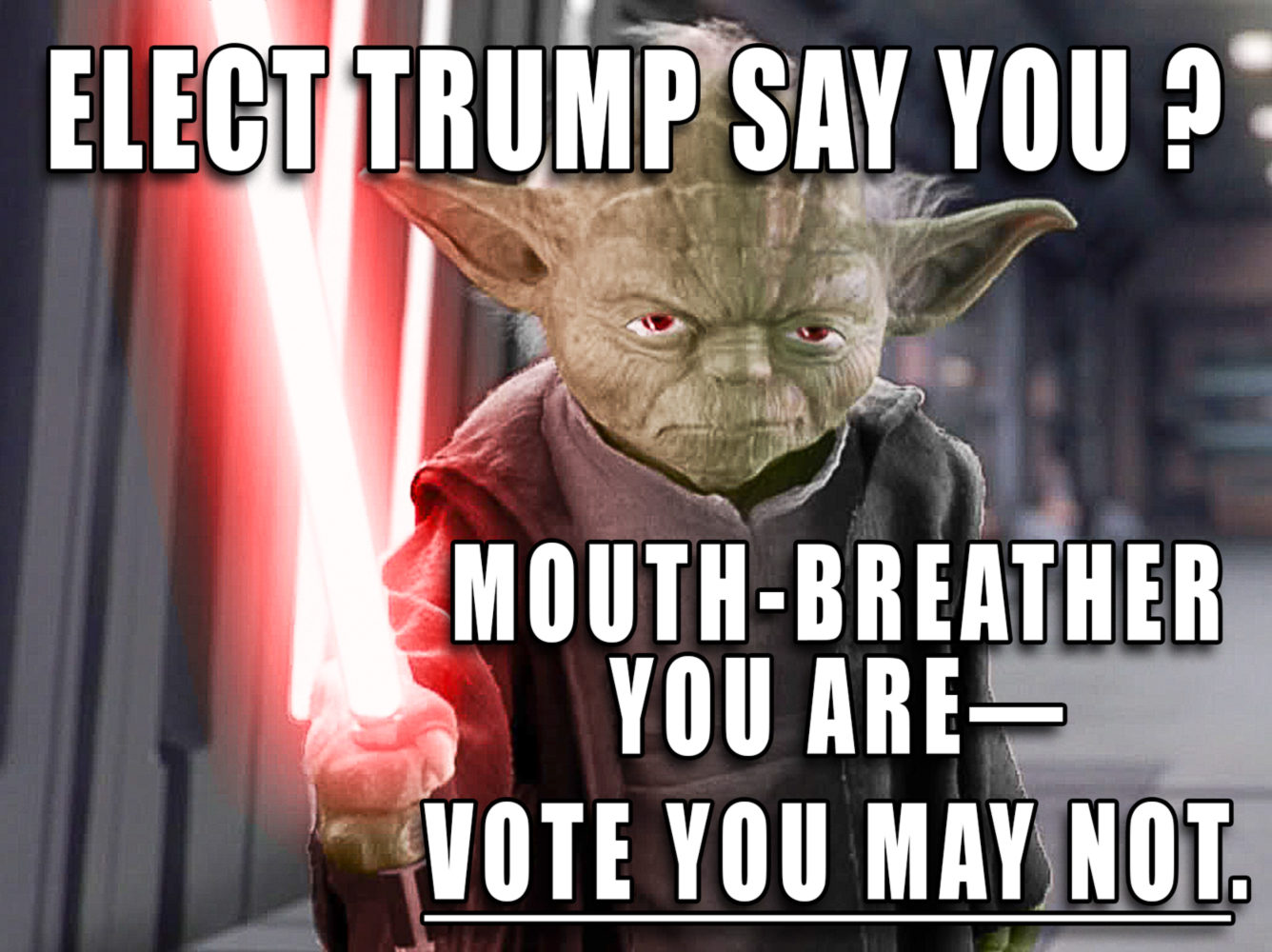 There are a bewildering number of things that threaten our democracy today, but here are a few we should be addressing right now:

2. Choice of base and ignorant rulers.  i.e. Donald Trump

3. Danger of universal suffrage in the hands of uneducated and indolent majorities.  i.e. Donald Trump voters

Real education of public opinion is the only safe and true method of accelerating civilization. Our press however, has failed us catastrophically in that regard.  There is still time to correct this disaster in the making, but it begins with recognizing the gravity of the situation.

Who knew that recognition would begin with a taco salad.