The first challenge for John McCain is, of course, to take de bait— show up.

But declaring yourself the winner before the event isn’t going to gitter done, even in McCain’s maverick version of the universe. 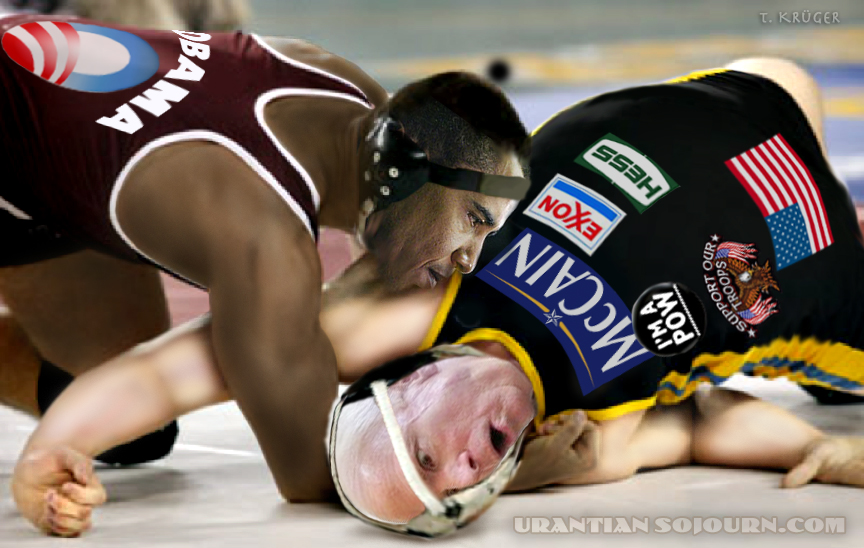 What you’ll see tonight, is good ole “Gramps McCain,” creepy smiling, blinking too much, that “left eye” thing, and saying “My friends” just enough to make your flesh crawl. But he’s still gonna get stuck on his back like an elderly turtle; all Barack has to do is hold him there until he exhausts himself.

The dominance of mediocrity spells the downfall of any nation.
—The URANTIA Book