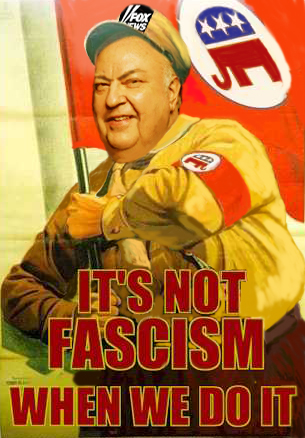 “The greatest threat to American democracy today arises from a militant authoritarianism that has become a cancer upon the nation.”

During the 2008 presidential campaign, Senator John McCain and Governor Sarah Palin, the Republican candidates, have shown themselves to be unapologetic and archetypical authoritarian conservatives. Indeed, their campaign has warmed the hearts of fellow authoritarians, who applaud them for their negativity, nastiness, and dishonest ploys, and only criticize them for not offering more of the same.

The McCain/Palin campaign has assumed a typical authoritarian posture: The candidates provide no true, specific proposals to address America’s needs. Rather, they simply ask voters to “trust us” and suggest that their opponents – Senators Barack Obama and Joe Biden – are not “real Americans” like McCain, Palin, and the voters they are seeking to court. Accordingly, McCain and Plain have called Obama “a socialist,” “a redistributionist,” “a Marxist,” and “a communist” – without a shred of evidence to support their name-calling, for these terms are pejorative, rather than in any manner descriptive. This is the way authoritarian leaders operate.

In my book Conservatives Without Conscience, I set forth the traits of authoritarian leaders and followers, which have been distilled from a half-century of empirical research, during which thousands of people have voluntarily been interviewed by social scientists. The touch points in these somewhat-overlapping lists of character traits provide a clear picture of the characters of both John McCain and Sarah Palin.

McCain, especially, fits perfectly as an authoritarian leader. Such leaders possess most, if not all, of these traits:

* tells others what they want to hear

* specializes in creating false images to sell self

* may or may not be religious

Incidentally, George W. Bush and Dick Cheney also can be described by these well-defined and typical traits — which is why a McCain presidency is so likely to be nearly identical to a Bush presidency.

Clearly, Sarah Palin also has some qualities typical of authoritarian leaders, not to mention almost all of the traits found among authoritarian followers. Specifically, such followers can be described as follows:

• aggressive on behalf of authority

• highly conventional in their behavior

• demanding loyalty and returning it

The leading authority on right-wing authoritarianism, a man who devoted his career to developing hard empirical data about these people and their beliefs, is Robert Altemeyer. Altemeyer, a social scientist based in Canada, flushed out these typical character traits in decades of testing.

Altemeyer believes about 25 percent of the adult population in the United States is solidly authoritarian (with that group mostly composed of followers, and a small percentage of potential leaders). It is in these ranks of some 70 million that we find the core of the McCain/Palin supporters. They are people who are, in Altemeyer’s words, are “so self-righteous, so ill-informed, and so dogmatic that nothing you can say or do will change their minds.”

Hmm. Kind of mirrors the 28 percent that still think Dick Bush is doing a heckofa job.  Kind of sounds like John McCain’s “base” supporters; a wonderful double entendre.

If Obama is rejected on November 4th for another authoritarian conservative like McCain, I must ask if Americans are sufficiently intelligent to competently govern themselves.

And you will have already been answered.

I can understand authoritarian conservatives voting for McCain, for they [refuse to] know no better. It is well-understood that most everyone votes with his or her heart, not his or her head. Polls show that 81 percent of Americans “feel” (in their hearts and their heads) that our country is going the wrong way. How could anyone with such thoughts and feelings vote for more authoritarian conservatism, which has done so much to take the nation in the wrong direction?

We will all find out on (or about) November 5th.

Perhaps. Or we could be headed for another vote fraud debacle that has McCain-Palin ahead by a few hundred votes nationally, and the Supremes get to pick another authoritarian asshole and his sidekick.

People like William Ayers— who considered himself a true patriot— will start blowing shit up again.

The Supremes do the right thing, and we can get on with excising the cancer from America’s heart and soul.