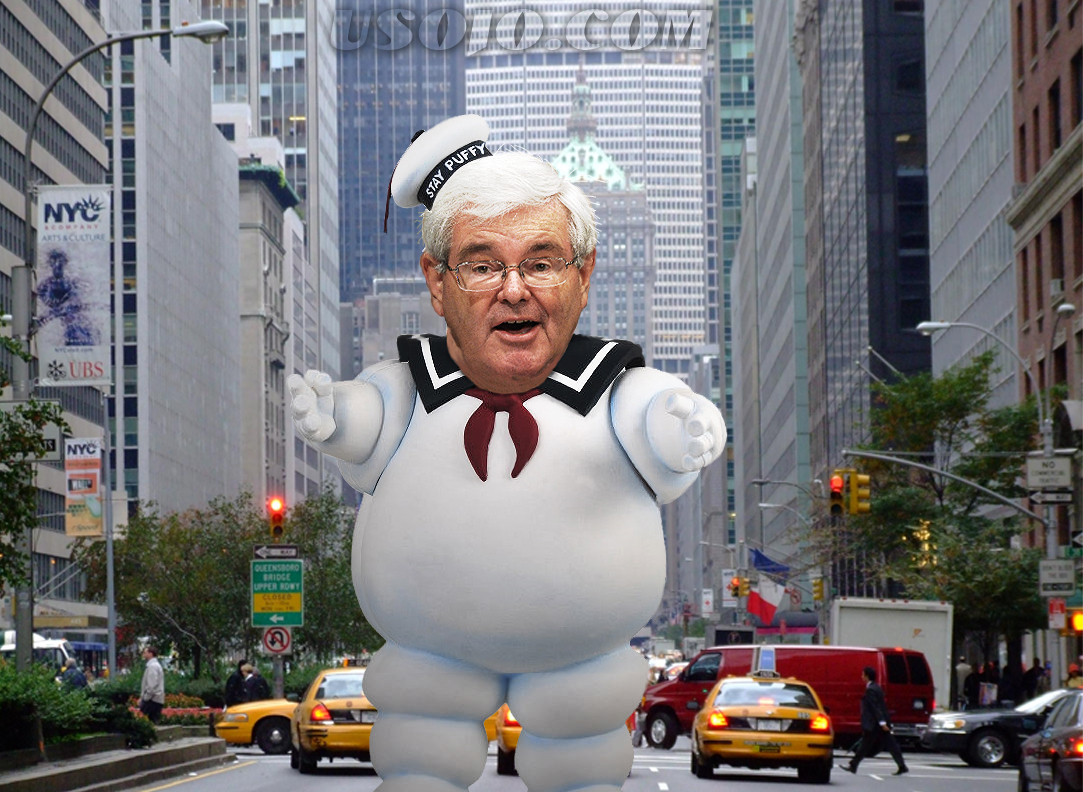 Not much time for writing today, so forgive this extensive cut and paste job, which pretty much covers the arguments surrounding 2012 presidential candidate Newt Gingrich‘s latest lurch to the right to capture what’s left of the party’s base, aka the Teabaggers.

HuffPo’s Sam Stein has the headline in his post Newt Gingrich Slammed For Saying Obama May Hold ‘Kenyan, Anti-Colonial’ Worldview:

Fueling the myth mongering that Barack Obama is not a natural-born U.S. citizen, former House Speaker Newt Gingrich said in a recent interview that the president may follow a “Kenyan, anti-colonial” worldview.

Speaking to the National Review, Gingrich pointed to a recent Forbes article by conservative writer Dinesh D’Souza which attempted to trace the origins of Obama’s personal and political philosophies.

“What if [Obama] is so outside our comprehension, that only if you understand Kenyan, anti-colonial behavior, can you begin to piece together [his actions]?” Gingrich asked. “That is the most accurate, predictive model for his behavior.”

“This is a person who is fundamentally out of touch with how the world works, who happened to have played a wonderful con, as a result of which he is now president,” Gingrich added.”

Our President is trapped in his father’s time machine. Incredibly, the U.S. is being ruled according to the dreams of a Luo tribesman of the 1950s. This philandering, inebriated African socialist, who raged against the world for denying him the realization of his anticolonial ambitions, is now setting the nation’s agenda through the reincarnation of his dreams in his son. The son makes it happen, but he candidly admits he is only living out his father’s dream. The invisible father provides the inspiration, and the son dutifully gets the job done. America today is governed by a ghost.

But that was a pandering too far for even the National Review, D’Souza’s home base. Said The Corner’s embarrassed Ramesh Ponnuruin in his response titled Gingrich, D’Souza, and Kenya:

I think that it is a mistake to imagine that Obama is a deeply mysterious figure, as opposed to a conventional liberal. He is no stranger than contemporary liberalism is.

All of which didn’t escape the notice of the White House, which is finally showing some of its mothballed campaigning skills by going on the offensive of late. Said WH Press Secretary Robert Gibbs on Good Morning America today:

There are a number of assertions by D’Souza that are questionable, beginning with the premise that a father the president barely knew is his single greatest influence.

Moreover, the assertion that Obama’s father was a socialist is problematic.

It’s well documented that Obama’s father was in the Mboya camp and his anger upon his return to Kenya was not because of a socialist belief that he was entitled to success but rather that he saw that tribalism had taken hold in Kenya and Obama Sr. was frustrated that with his American education he still could not rise above tribal favoritism.

I guess the historical irony here is that one of the few Rethuglicans known as a serious idea  person has no constructive policies to offer an electorate in dire straits. Instead, Gingrich has chosen to indulge in pandering and ad hominems, hoping to capture the votes of low information voters.

I would take that as good news if the undecideds are able to see beyond the racist sleight of hand tactics of the corporatists and their hand puppets in the Rethuglican Party.