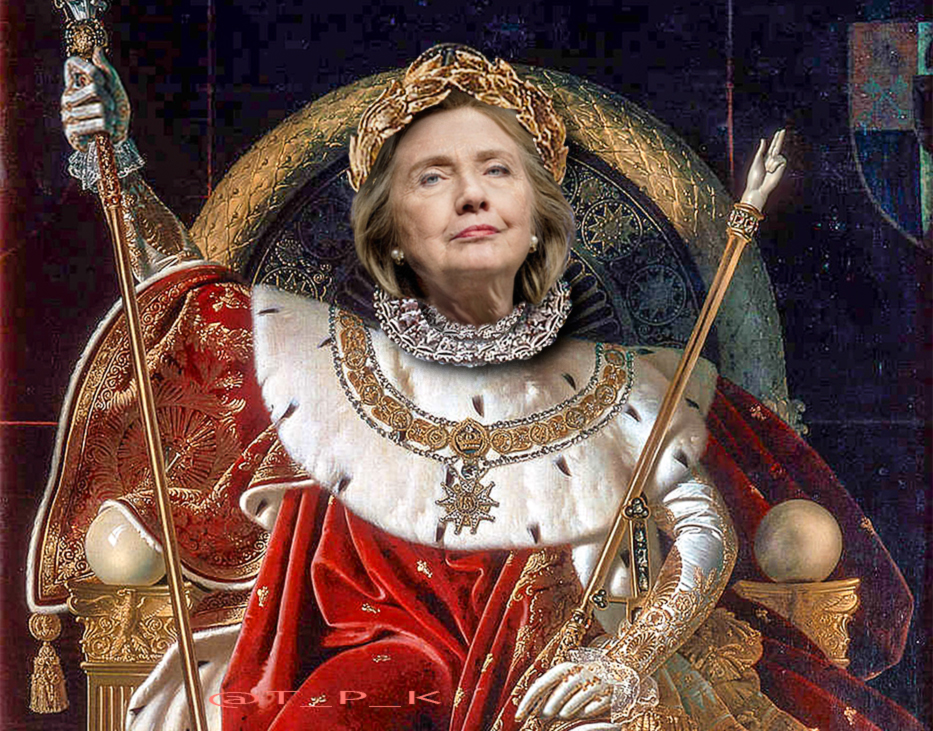 In our previous post on Clintonialsim, we highlighted former Senator Hillary Clinton‘s vote for the catastrophic Iraq invasion and the subsequent occupation and nation building  fiasco that followed. And her role as Secretary of State in support of two equally disastrous Middle East interventions: Libya and Syria. But her record as a neo necon doesn’t stop there. She has also left her imprimatur on Central America, specifically Honduras. But before we go there, let’s take a brief look at US interventionism in Central America over the last one hundred years.

US Intervention in Central America

The history of US interventionism is Central America is a long and depressing one. It includes:

-The creation of US trained death squads in El Salvador, Guatemala, and Honduras (1980s), which saw the transfer of $6 billion of US taxpayer money to El Salvador alone.

-The the notorious Iran-Contra Affair under President Reagan (1985), which precipitated the disastrous crack cocaine epidemic that afflicted south Los Angeles that: resulted in an upsurge of ghetto gangs, that were in turn franchised across the rest of the country; made felons of so many young black Americans for just smoking the stuff;  and provided advanced missiles to a listed “terrorist” country,  Iran. (Thank you, Ollie North.)

-The wag-the-dog invasion of Grenada, ordered by Reagan in order to change the news cycle after the catastrophic (and politically embarrassing) car bombing in Beirut that resulted in the death of 241 US Marines; and the subsequent retreat of American forces from Lebanon

Rather than seeing this sorry past as an indictment of American foreign policy, Clinton supporters will try to spin it along the lines of:

“See? This is the way America has been doing business around the world since before Hillary was even born! Hillary is just the latest player in The Great Game. No blame. Just ask her self-professed mentor, Henry Kissinger. Nothing to see here. Move on. Move on.”

But it’s high time an accounting was made. What better time than the present, in this truly revolutionary presidential election year, when two of the top three contenders are outsiders whose strength is derived from their break with The Powers That Be and their bloody past?

The Practice of Clintonialism in Honduras

Remember the huge outflow of refugees from Central America, including children from Honduras, that landed square on the US’s backdoor with Mexico in 2009? Remember the Obama Administration’s response to videos showing them clinging to the top of trains traversing Mexico in a desperate attempt to get to the U.S., fleeing from the chaos of drug lords gone wild in their native countries? The tens of millions of dollars in bribe money Obama paid to the Mexican government to stop those kids at their own southern border from fleeing the terror that Hillary helped unleash? That prompted Angelina Jolie, in a collaboration with the Microsoft Corporation and 25 leading U.S. law firms, to create Kids in Need of Defense (KIND)? (KIND provides free legal aid to unaccompanied minors in immigration proceedings across the U.S.)  Remember Hillary’s self-anointed role as Protectoress of Children that she continues to project as part of her political persona?

All hail The Great Protectoress!

Hillary’s Support of the 2009 Honduras Coup

In 2006, the liberal candidate for president of Honduras, José Manuel Zelaya Rosales, was elected to office.  In 2009, he proposed a non-binding poll that had as its goal the holding of a referendum to rewrite the Honduran constitution. Naturally, this was considered the end of the world by the Honduran elites, who were profiting quite handsomely from the status quo― thank you very much. Their response was to use the military to remove Zelaya from office. The coup succeeded, sending him into exile.

Questions about the role of the US in the coup emerged immediately, not surprising given its record of reckless interventionism in that region of the world. In an article by The Nation magazine titled The Clinton-Backed Honduran Regime Is Picking Off Indigenous Leaders, its author Greg Grandin wrote the following about the murder of Berta Cáceres, a native Honduran activist.

Cáceres was a vocal and brave indigenous leader, an opponent of the 2009 Honduran coup that Hillary Clinton, as secretary of state, made possible. In The Nation, Dana Frank and I covered that coup as it unfolded. Later, as Clinton’s emails were released, others, such as Robert Naiman, Mark Weisbrot, and Alex Main, revealed the central role she played in undercutting Manuel Zelaya, the deposed president, and undercutting the opposition movement demanding his restoration. In so doing, Clinton allied with the worst sectors of Honduran society.

(Much of the damning info Grandin relied on came from the infamous Clinton emails. Why the Hillary Haters ignore that dimension of the email drama is a reflection of their own interventionist proclivities. Their obsession with Benghazi is an attempt to degrade Clinton’s credibility as a leader and not on the substantive issue of whether the decision to overthrow Qadaffi was a good one.  To these hammerheads, everything looks like a nail.)

In an article from March of this year, LatinoUSA.org writes that reporter Roberto Lovato:

…shared a 2014 video in Spanish, where Cáceres made specific reference to Clinton’s Hard Choices comments about Honduras. In an interview from Buenos Aires, Cáceres said that the 2009 policy decisions by Secretary Clinton and the United States only led to more repression, militarization, increased migration and political corruption in her country.

So who was Clinton’s cat’s paw in the ouster of Honduras’s  democratically elected president? Why, her old Yale Law School pal and 2008 presidential campaign surrogate, Lanny “The Fixer” Davis. Davis, who worked in the Clinton Administration as a special counsel, gained notoriety for spearheading Hubbie Bill’s counter-attack against “that woman, Monica Lewinsky.“ Davis subsequently found gainful employment representing the interests of a plethora of foreign scum that, according to Wikipedia, included:

…the Ivory Coast strongman and flagrant human rights violator Laurent Gbagbo whose claims to that country’s presidency have been condemned by the international community and may even set off a civil war;” and “Teodoro Obiang Nguema Mbasogo, the longtime dictator of oil-rich Equatorial Guinea.

In 2009, Davis expanded his client list to include the Honduran Business Council, which financed the coup d’etat that sent Zelaya into exile and precipitated a mass exodus of Honduran refugees.

According to The Intercept:

At a time when the State Department strategized over how best to keep Zelaya out of power while not explicitly endorsing the coup, Clinton suggested using longtime Clinton confidant Lanny Davis as a back-channel to Roberto Micheletti, the interim president installed after the coup….

A week later, Clinton and her top aides reportedly brokered a deal to bring Zelaya back to power through a national unity government. But the deal was no “breakthrough,” as some media outlets reported. Rather, there was a huge loophole…

The election, on November 29, 2009, was beset by violence, with anti-coup organizers murdered before the election and the police violently suppressing an opposition rally in San Pedro Sula and shutting down left-leaning media outlets. Major international observers, including the United Nations and the Carter Center, as well as most major opposition candidates, boycotted the election…

Rather than seeing this as a failure, the Clinton emails released last week further confirm that the State Department had sought the permanent ouster of Zelaya all along. State Department officials bucked the demands of most Latin American countries and rushed to recognize the election as “free, fair and transparent.”…The Shannon emails “show what we knew all along: the U.S. wanted the elections to solidify the changes wrought by the coup,”

…Despite claims to media outlets that they were working to restore the democratically elected Honduran government, the U.S. made other efforts to ensure the coup government’s grip on power. In October 2009, the United States blocked a resolution from the Organization of American States requiring Zelaya’s return as a precondition for elections. The U.S. also failed to officially determine that a “military coup” occurred, and did not cut off aid to Honduras as is required by law following a coup.

An August 2009 email chain with Harold Koh, then the State Department legal adviser, discussed how to deal with the foreign aid issue, which in Honduras is largely administered through the Millenium Challenge Corporation. The email chain carried the subject line “Honduras Military Coup Decision,” includes an email from Koh noting that Honduras might fall under “specified legal prohibitions on assistance.” Koh wrote that Secretary Clinton, as chair of the MCC board, would have a considerable voice over the determination of Honduras as a coup country. Unfortunately, much of the memo Koh prepared is redacted and Clinton’s response is not revealed in the email chain.

Reminds one of the Machiavellian antics of Hillary’s mentor and personal friend, Henry Kissinger, whose sneering disdain of human rights is well documented; and who engineered the overthrow of Chile’s democratically elected president, Salvador Allende (that ultimately led to his assisnation); and  whom Christopher Hitchins designated a war criminal for his role in the overthrow of the democratically elected government of Chile, among other international crimes, including his role in precipitating the secret war in Cambodia that resulted in untold suffering, death, and displacement of millions of innocent Cambodians. (God help us all, but apparently Kissinger has agreed to meet with Donald Trump tomorrow. That gigantic turd just won’t flush.) Truly, a rotten apple doesn’t fall far from its progenitor’s tree.

Meet the new boss, same as the old boss.

Notice to those considering the November presidential election as a vote for the lesser of two weevils.  Choosing Clinton is to agree to yet another round of US interventionism. The doctrines of Might Makes Right, Manifest Destiny, and American Exceptionalism, personified by war criminal Henry Kissinger, are all part of the Clinton ethos.

Careful what you ask/vote for.