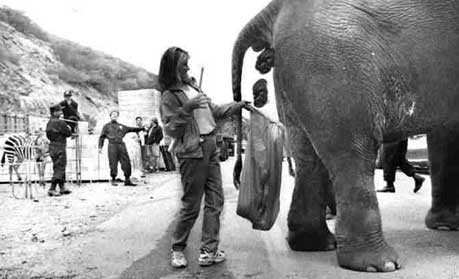 LOS ANGELES (Reuters) – Former First Lady Hillary Clinton addressed the question of political dynasties on Thursday with a one-liner that she hoped would allay concerns over two families dominating the White House for decades if she becomes president next year.

Clinton, a Democratic senator from New York, said she would “clean up” after Republican President George W. Bush just as her husband, Bill Clinton, had done after the presidency of Bush’s namesake father.

“It did take a Clinton to clean (up) after the first Bush, and I think it might take a second one to clean up after the second Bush,” she said to applause at a televised debate with Democratic rival Barack Obama, a senator from Illinois. [snip]