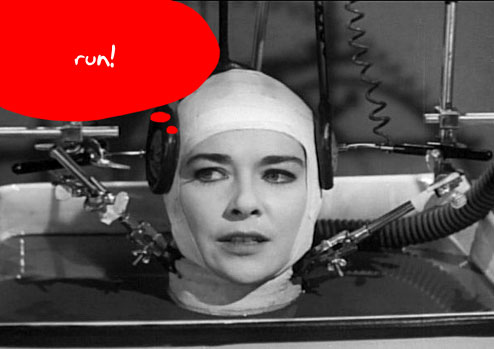 Sometimes I wonder if a group of nefarious aliens has performed the equivalent of a prefrontal lobotomy on the compassion center of the brains of millions of Americans. After rendering them incapable of feeling the pain of others, they high flippered each other and chose the term “conservative” to classify the resulting behavioral symptoms. They then released their clueless patients back into the wild to form think tanks and mega-churches preparatory to running for Congress.

Remember when candidate George W. Bush ran on a social platform promising “compassionate conservatism”? Judging by the human wreckage Bush created after eight years in office, from post-Katrina New Orleans to the hinterlands of Iraq, that has to rank as one of the most fraudulent claims in modern political history.

Whether today’s conservatives call themselves  Republicans, libertarians, or Teabaggers, what they all share in common an abiding hatred for government and would, if they had their way,  return us to an age of  fuckit-ur-on-ur-own social Darwinism. At the top of their agenda is shredding the safety net set up under FDR the last time we were in an economic crisis– you gotta admire the devious timing there–  eliminating or drastically cutting back vital support programs including food stamps, subsidized child care,  unemployment insurance, medicare, and social security.

Take the Sarah Palin endorsed Alaska senate candidate Joe Miller (Please!),  a self-described libertarian.  Apparently his wife worked for him long enough to collect unemployment insurance, which she did after he laid her off, helping their very large family maintain a comfortable standard of living. Yet Miller maintains that unemployment  insurance, and the minimum wage, are unconstitutional. Maybe he missed his first class in constitutional law at Yale which covered the Preamble. It’s  only 52 words, so let’s review:

We the people of the United States, in order to form a more perfect union, establish justice, insure domestic tranquility, provide for the common defense, promote the general welfare, and secure the blessings of liberty to ourselves and our posterity, do ordain and establish this Constitution for the United States of America.

One more thing about Miller.

[H]e and his wife had applied for and received waivers of all but nominal fees for hunting and fishing licenses, an exception only granted to very low income, eligible Alaska residents.

And this at a time that he owned a house that was undergoing extensive remodeling. The same year he got the licenses, he was employed by a law firm at which he listed his salary  as $70,000 per year. Would “fucking hypocrite” be too harsh a description of Mr. Miller and his ilk?

“Conservatives” like Miller are fond of using slogans with words and phrases  like “liberty” and “freedom” and “getting government off our backs”— just so much code for a return to a survival of the fittest mentality, of a “me” versus “we” society where compassion need not apply.

However, to call these people knuckle-dragging Neanderthals would be an insult to our cave dwelling ancestors, as the article below reveals. The latter were far more evolved.

Neanderthals ‘had sense of compassion’

The days of using the term “Neanderthal” as an insult may be on the way out as research published today shows the early humans had a deep-seated sense of compassion.

A team from the University of York examined archaeological evidence for the way emotions began to emerge in our ancestors and then developed to modern people. 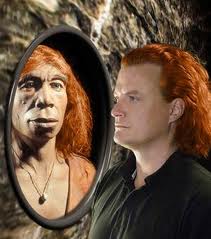 One of the key findings of the research shows how, in Europe between around 500,000 and 40,000 years ago, early humans such as Homo heidelbergensis and Neanderthals developed commitments to the welfare of others illustrated by a long adolescence and a dependence on hunting together.The injured or infirm were routinely cared for in this period, according to the findings.

Compassion in Homo erectus 1.8 million years ago began to be regulated as an emotion integrated with rational thought, the researchers said.

Care of sick individuals showed compassion towards others while special treatment of the dead suggested grief at the loss of a loved one and a desire to soothe individuals.

In modern humans starting 120,000 years ago, compassion was extended to strangers, animals, objects and abstract concepts.

Dr Spikins, who led the study, said new research developments such as neuro-imaging have enabled archaeologists to attempt a scientific explanation of what were once intangible feelings of ancient humans.

She said: “Compassion is perhaps the most fundamental human emotion.

“It binds us together and can inspire us but it is also fragile and elusive. This apparent fragility makes addressing the evidence for the development of compassion in our most ancient ancestors a unique challenge, yet the archaeological record has an important story to tell about the prehistory of compassion.

Tell that to Senator Tom Coburn (Asshole-OK) who has put a personal hold on over $1 billion in desperately needed aid for a million homeless Haitians still suffering from the ravages of January’ earthquake because it might contain $5 million of “wasted” funds. (Or is it because he is a C-Street dwelling Christian fundamentalist fucktard who doesn’t want to interfere with the punishment he believes his God has visited upon a bunch of soulless Satanic voodoo practitioners?)

Or tell it to the Tennessee firefighters who stood by and watched a man’s home burn down with his three dogs and a cat inside because he didn’t pay his $75 fire protection fee.

And right on cue comes this:

MINNEAPOLIS – Former House Speaker Newt Gingrich is advising Republican candidates on November’s ballots to frame the choice for voters between Democrats as “the party of food stamps” while selling the GOP as “the party of paychecks.”

Sigh. Welcome to a re-run of Ronald Reagan‘s Cadillac driving Welfare Queen meme. With 42 million Americans now dependent on food stamps to feed themselves and their families, this is just what we need:  another election framed as class warfare between the haves and the have-nots.

Or should I say, between those who have compassion, and those who do not.