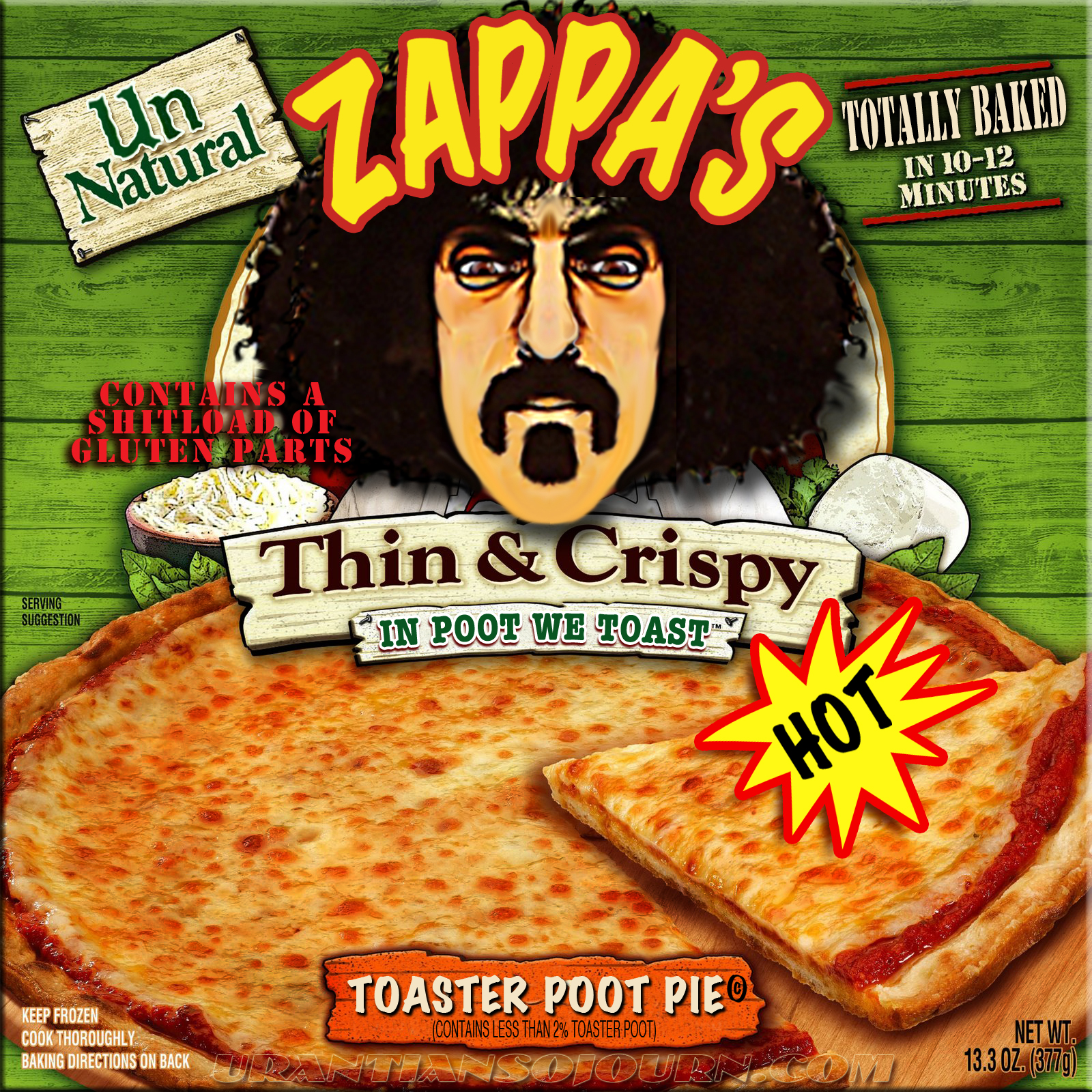 Weighing in at a mere 13.3 ounces, Zappa’s thin and crispy toaster poot pie is what every hungry freak wants for Zappadan dinner.

NOTE:  Zappadan is a special time of year, a time of grateful reflection on and enjoyment of everything Zappanese.  It’s a time to become more familiar with the many mysteries which surround the music and folklore of Frank Zappa, and it is in that spirit that we take a closer look at one of the more bizarre ingredients in Frank’s pantry:  Zappa’s Toaster Poot. —Ed.

You can poot it, you can shoot it, till your wife gets back
— Frank Zappa, Ms Pinky

Although I am not an Appliantologist, I’m also not shy about admitting I am a hardcore appliance fetishist.  Near the top of my long list of favorite appliances is the toaster.  And I don’t mean one of those pathetic fucking things a bank might unpucker long enough to give you if you were crazy enough to deposit your entire life savings into their dirty little vault.

No.  I mean a real toaster, with giant slots, just like the one at the Zappadan Diner;  slots so big they will accommodate anything from a puffy bagel to a couple full-grown raccoons;  and if you can get your hands on one, even a fully-loaded Rotopluker. 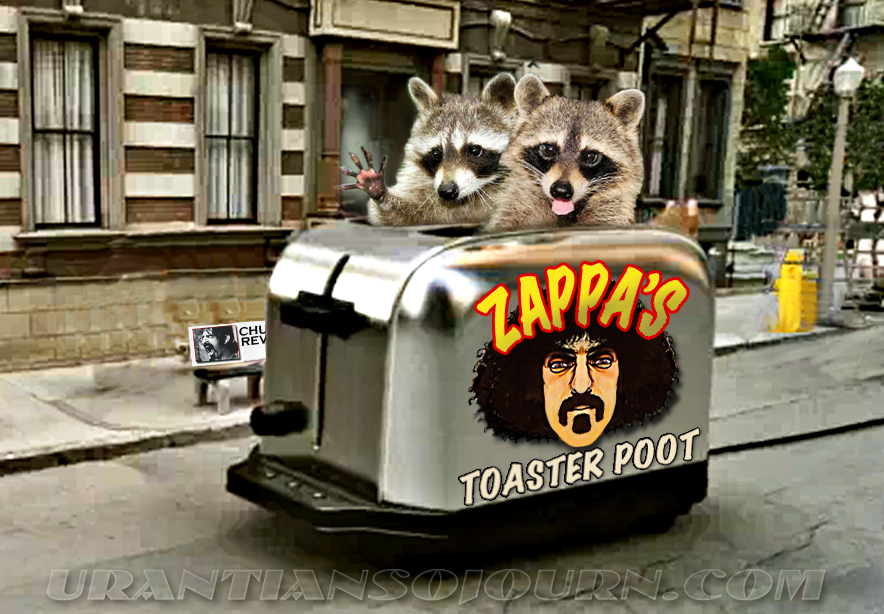 Those are professional raccoons, children;  do not try this back in Centerville.

But in the last analysis, a bitchin’ toaster is only as good as what you poot in it.  That’s why my reefer is always stocked with plenty of Zappa’s Toaster Poot Pie™, which like most Zappa edibles, is a mysterious mult-tasking miracle product.  Longtime users know the aroma of toaster poot produces the same exotic oriental fragrance as what the Beatles used to get off on, and in a pinch, there isn’t a better pumice extender on the planet.  Of course nothing will keep your iridescent Naugahyde as supple as a little squirtle of reconstituted poot juice, and a slice of dried toaster poot pie will wedge up a wobbly dinette faster than you can take a dozen provocative squats. 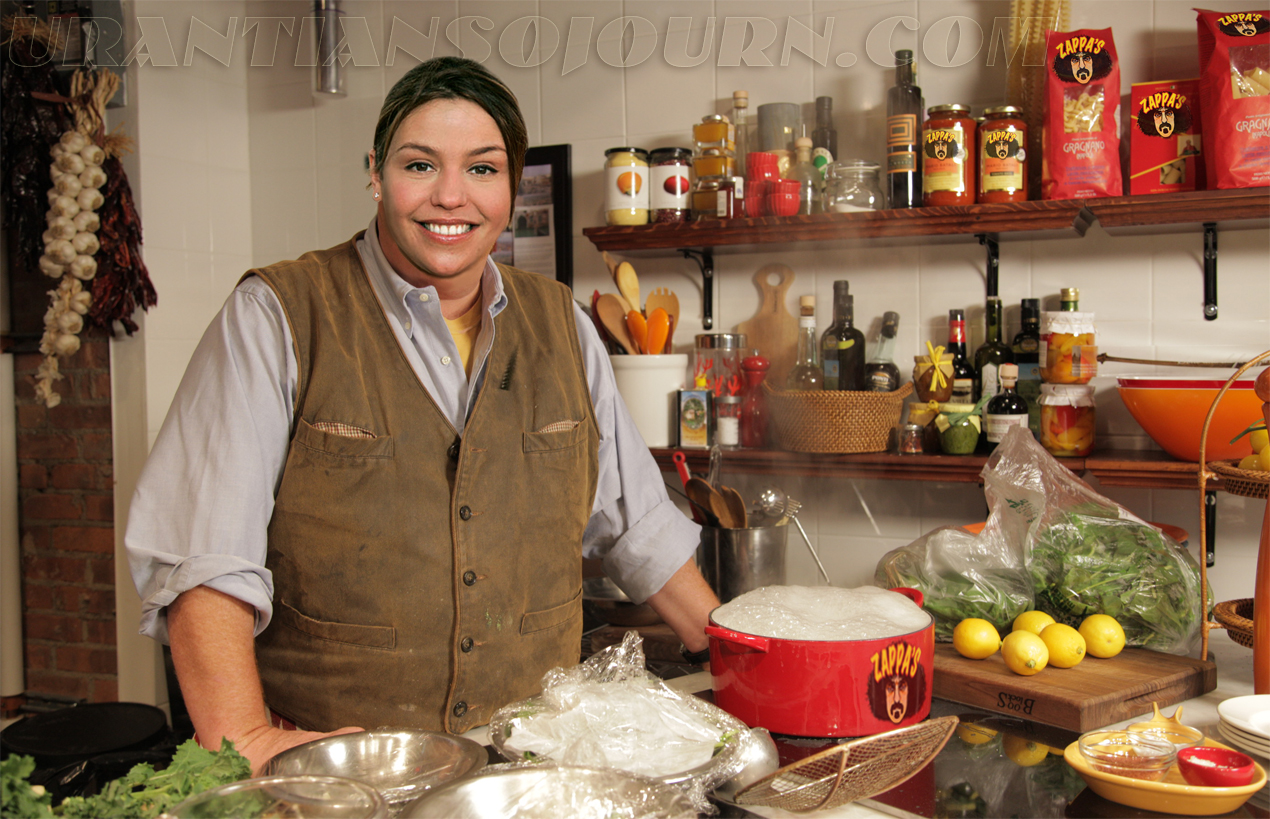 TeeVee food maven, Rachael Ray, tried to make her own toaster poot pasta back in the late nineties, with disastrous results.

When it’s all sung ‘n done, Zappa’s Toaster Poot is a proprietary substance that, frankly, continues to defy modern scientific chemical analysis.  While it would be presumptuous to say what toaster poot is, we can definitely say what it is not:  toaster poop.  You know— the shit that falls off ordinary toasting bread and lands in the crumb tray.  Those are crumbs, people.

But all is not lost.  Keyboard storyteller Don Preston, who probably knows more about the etymology of Zappa’s toaster poot than anyone living today, frequently points out that poot is thought to be secreted by an unknown bacterium;  it is then purified using industrial-strength fermenters, which stabilize the poot gas bubbles and slow the diffusion of carbon dioxide and other gnarly stuff, especially during baking.  The end product is the mystery stuff of legend that toaster aficionados everywhere have come to treasure:  100% pure, high-grade toaster poot.