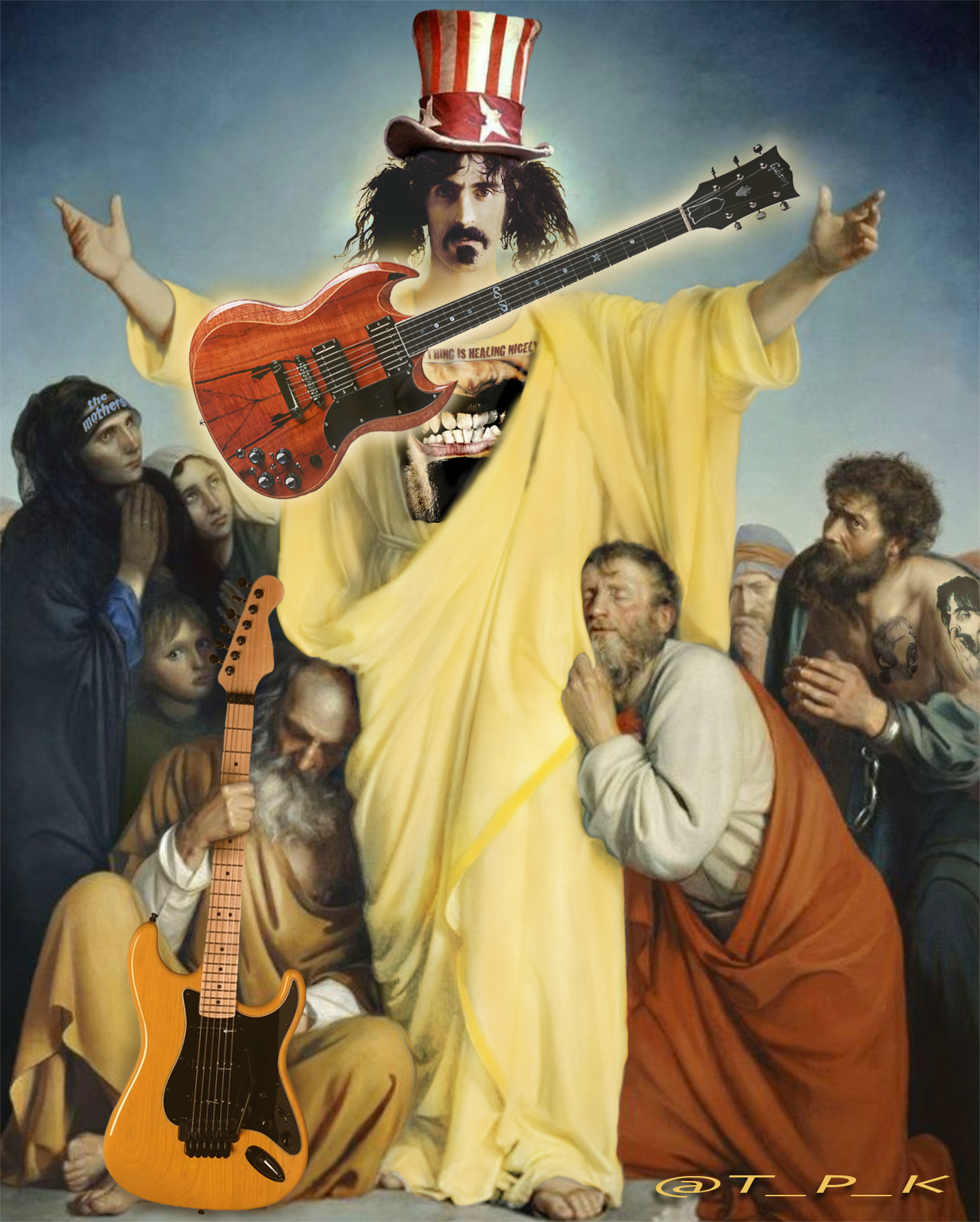 Bullshit, Das Ist Nicht Echt*  •  Original mashup¹ for Zappadan by Terry Kruger
(If you want to read his robe you must click it.)

For many of the Zappanese intelligentsia, 200 Motels was a prototype of a dimension of Frank Zappa that was relatively unknown.  But there were inklings of the future there for the listening, Would You Like A Snack?,  Half A Dozen Provocative Squats,  The Girl Wants To Fix Him Some Broth. . .  If all you listen to is Joe’s Garage and Burnt Weenie Sandwich, it’s time to push the envelope.

From the posthumously released album “Everything Is Healing Nicely” (1999). 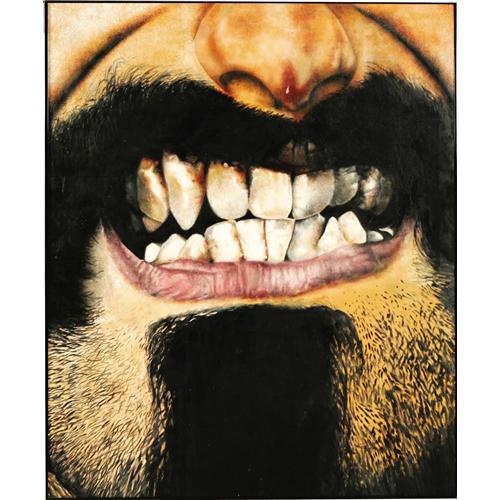 Oil painting of Frank Zappa’s mouth by C. Breman, used as a portion of the cover art for the 1999 album