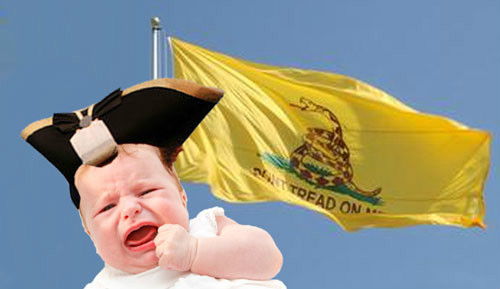 Anyone who thought that losing the election as badly as the Teabaggers did last month would provoke them to do some serious reality checking— hold it!  Wait right there!  Putting the word “reality” in the same sentence with “Teabaggers,” in the sense that there could be an actual positive correlation between the two, would have the same effect of the Ghostbusters crossing the streams of their proton packs:

“There’s something very important I forgot to tell you! Don’t cross the streams…  It would be bad…  Try to imagine all life as you know it stopping instantaneously and every molecule in your body exploding at the speed of light.”
—Dr. Egon Spengler, inventor of the nuclear accelerated proton pack.

The explosion thus far seems to have been limited to the Teabaggers’ heads, as evidenced by the latest PPP poll. PPP proved to be the most accurate of all the polling firms in the 2012 election, and this week they released their first post-election poll.  Their lede reads:

About as well as a teenager being told that her parents just cut off all her social media access.

Four results are of particular interest to anyone trying to understand the winger psyche. The first concerns the peculiar, conspiratorial architecture of their denial:

49% of GOP voters nationally say they think that ACORN stole the election for President Obama.

Neat trick, that, since ACORN was forced out of business by the GOP in 2010, when they filed for bankruptcy and closed their doors. Perhaps watching the number one cable drama, The Walking Dead, has further confused their sensibilities. They seem to believe that ACORN is still wandering the countryside, registering their fellow zombies and turning them out at the polls, feasting on GOPer brains along the way. 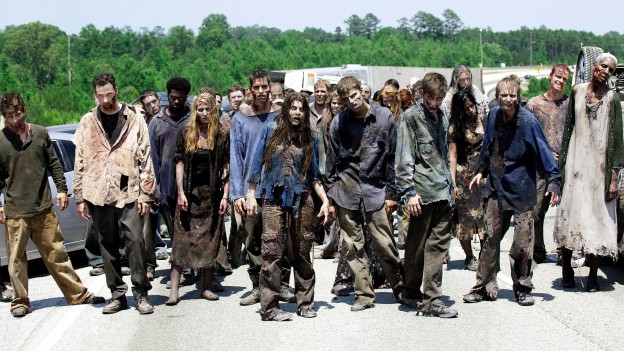 Some GOP voters are so unhappy with the outcome that they no longer care to be a part of the United States. 25% of Republicans say they would like their state to secede from the union compared to 56% who want to stay and 19% who aren’t sure.

Which represents a mutation from a previous incarnation of the Teabaggers, the “America love it or leave it crowd.” Today it’s the “America hate it and leave us out of it” crowd. Hey, don’t let the door hit ya where the good Lord split ya.

One reason that such a high percentage of Republicans are holding what could be seen as extreme views is that their numbers are declining. Our final poll before the election, which hit the final outcome almost on the head, found 39% of voters identifying themselves as Democrats and 37% as Republicans. Since the election we’ve seen a 5 point increase in Democratic identification to 44%, and a 5 point decrease in Republican identification to 32%.

With the raw id of the wingers exposed for what it is, an authoritarian mindset with racist and misogynist overtones, it’s not surprising that a growing number of Republicans are disassociating themselves from the party. Now that the crazy uncle has escaped the attic and is screaming at everybody about what to do and how to do it, it remains to be seen if the saner members of the household will continue to let him get away with it.

The fourth concerns their relationship to the unreal:

The 39% of Americans with an opinion about Bowles/Simpson is only slightly higher than the 25% with one about Panetta/Burns, a mythical Clinton Chief of Staff/former western Republican Senator combo we conceived of to test how many people would say they had an opinion even about something that doesn’t exist.

Perhaps the GOP should replace their elephant mascot with a glitter farting unicorn.

The House voted on Wednesday to strike the word “lunatic” from all federal laws and only one lawmaker voted against the measure: Rep. Louie Gohmert (R-Texas).  It was unclear initially why the Tea Party favorite opposed the change, and a Gohmert spokeswoman did not return a request for comment.  The point of the bill, which cleared the Senate in May with no opposition, is to strike language from current law that contributes to the stigmatization of mental health conditions.

If the Teabaggers do succeed in taking over the GOP, the House might want to reconsider their vote, reserving the word “lunatic” for that special breed of politician that eschews reality for ideological fantasy and denial.