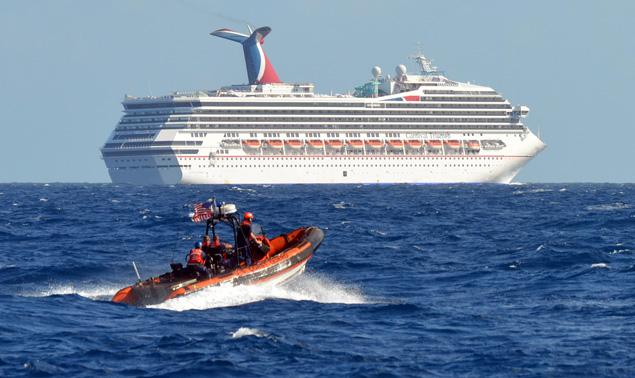 An NRA advance team rushing to the rescue of the stranded cruise ship, Triumph

For the past five days, Carnival Cruise’s luxury liner Triumph has been floating aimlessly in the Gulf of Mexico, stranding its 4000-plus passenger and crew.

The acrid smell of engine fires, vomit, and sewage permeates the passengers cabins. Raw sewage percolates up through the drains and can be seen leaking down the walls.  There is no electricity or running water, except for the streams of urine flowing down the shower drains where people are forced to vacate their bladders. Poop goes into plastic bags. (Someone will be along shortly to collect it, the ship’s concierge promises.) Meanwhile, standing in line for three hours for a lousy hot dog is what substitutes for promised and paid for gourmet dining.

People are getting understandably desperate. But never fear, Wayne LaPierre and the NRA are near, swinging into action. A day after warning of food riots resulting from President Obama‘s socialist attempts to destroy the economy and take everyone’s guns away, Whacko Wayne is organizing an emergency arms shipment to passenger and crew, to protect themselves from each other as tempers flair and supplies run low.

“While we wish we could provide a chicken in every pot, we can at least provide an AR-15 semi-automatic assault rifle in every hand,” declared the NRA’s CEO to Urantian Sojourn. “Protecting responsible gun wielders from people cutting in line and raiding the pantries at night is just one of the many services we are prepared to offer fellow law abiding citizens.“

After Hurricane Sandy, we saw the hellish world that the gun prohibitionists see as their utopia. Looters ran wild in south Brooklyn. There was no food, water or electricity. And if you wanted to walk several miles to get supplies, you better get back before dark, or you might not get home at all.

Hurricanes. Tornadoes. Riots. Terrorists. Gangs. Lone criminals. These are perils we are sure to face—not just maybe. It’s not paranoia to buy a gun. It’s survival. It’s responsible behavior, and it’s time we encourage law-abiding Americans to do just that. 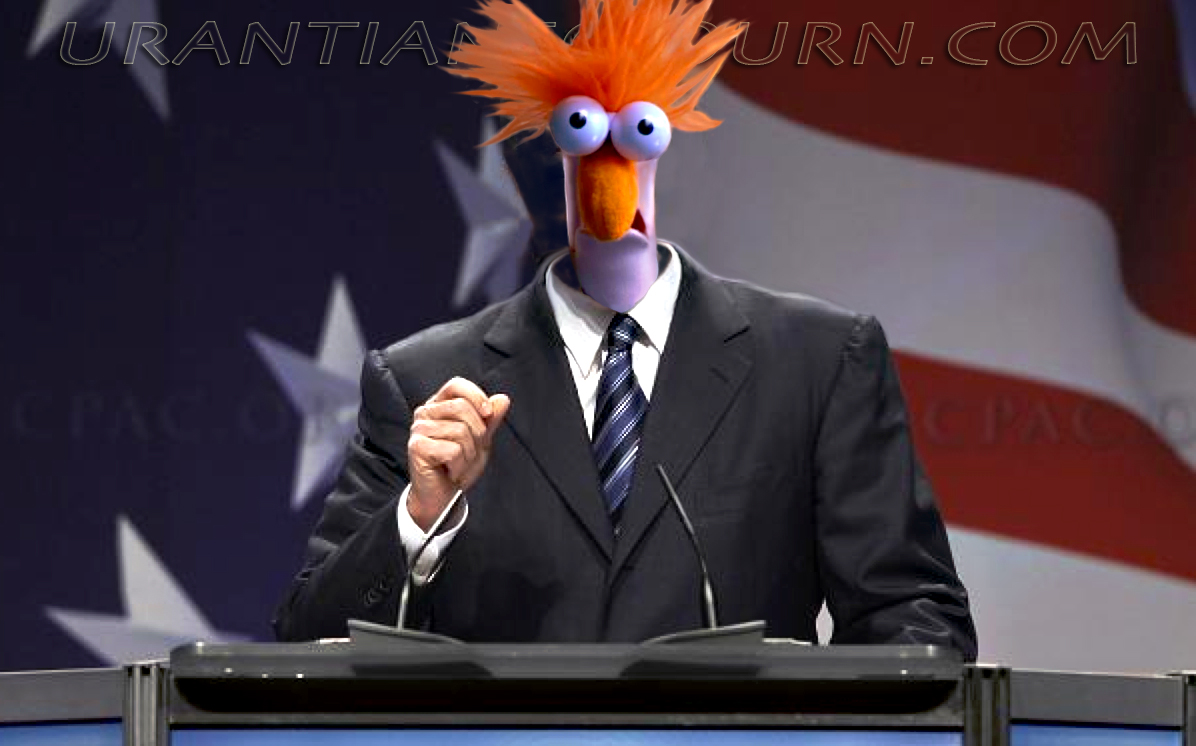 He also warned against roving Latin American drug and kidnap gangs stalking the border states. When asked by US why he didn’t include marauding pirate ships seeking to prey upon stranded cruise liners to help spread more fear and ratchet up gun and ammo sales further, LaPierre swore:

“Damn! Missed that one. Make sure you get that in there.”

Meteor Blades over at The Big Orange comments on the implications of the paranoia of the NRA’s survivalist wing:

When the next hurricane comes and knocks out your electricity, you need to be able to shoot your neighbors. When the government collapses because something-something “stimulus” and American towns don’t have police departments anymore, you need to be able to shoot even more people. And when the Latin American gun cartels turn your neighborhood into a lawless, terrifying hellscape like Phoenix, Arizona, you’re going to need to start shooting pretty much everyone. So start planning now.

Mind you, this is the guy whose job it is to defend supposedly sensible gun owners and gun ownership. The most prominent guy, no less. This guy, who sounds like at least three of Glenn Beck‘s worst fever dreams crawled up his butt and died there.

Thank God I didn’t order the odor option module for my computer. Unfortunately, these people bought the whole package, stink and all, with the lucky ones able to find some fresh air on Triumph’s deckside tent city. No word about the fate of those who didn’t. 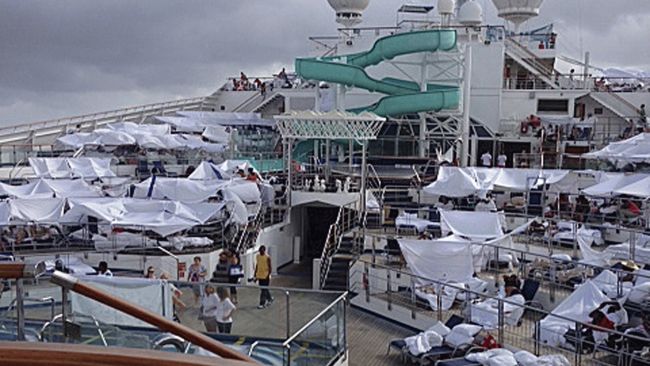 Deckside aboard the Triumph: How much would you pay to upgrade to fresh, uncontaminated air?